Accessibility links
U.S. Loses To Canada 1-0; Will Play in Bronze Hockey Match : The Edge Despite a feverish finish that included an empty American net, the U.S. men weren't able to even the score and force overtime. Canada scored midway through, and held on to win a tense game.

U.S. Loses To Canada 1-0; Will Play in Bronze Hockey Match

U.S. Loses To Canada 1-0; Will Play in Bronze Hockey Match 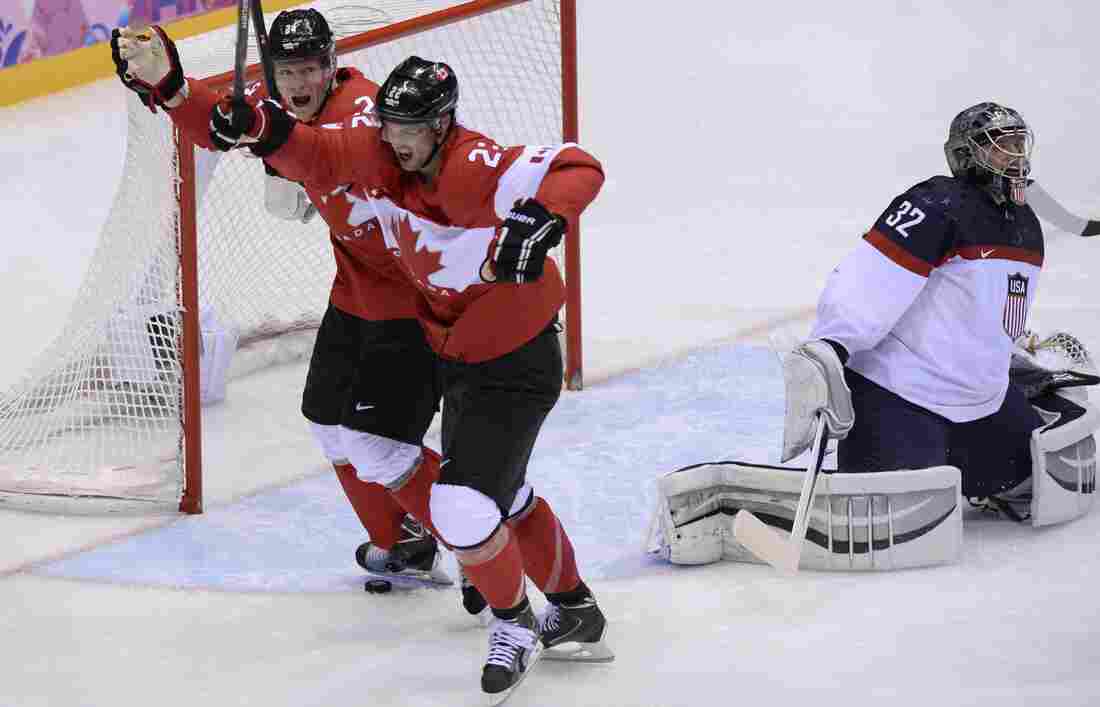 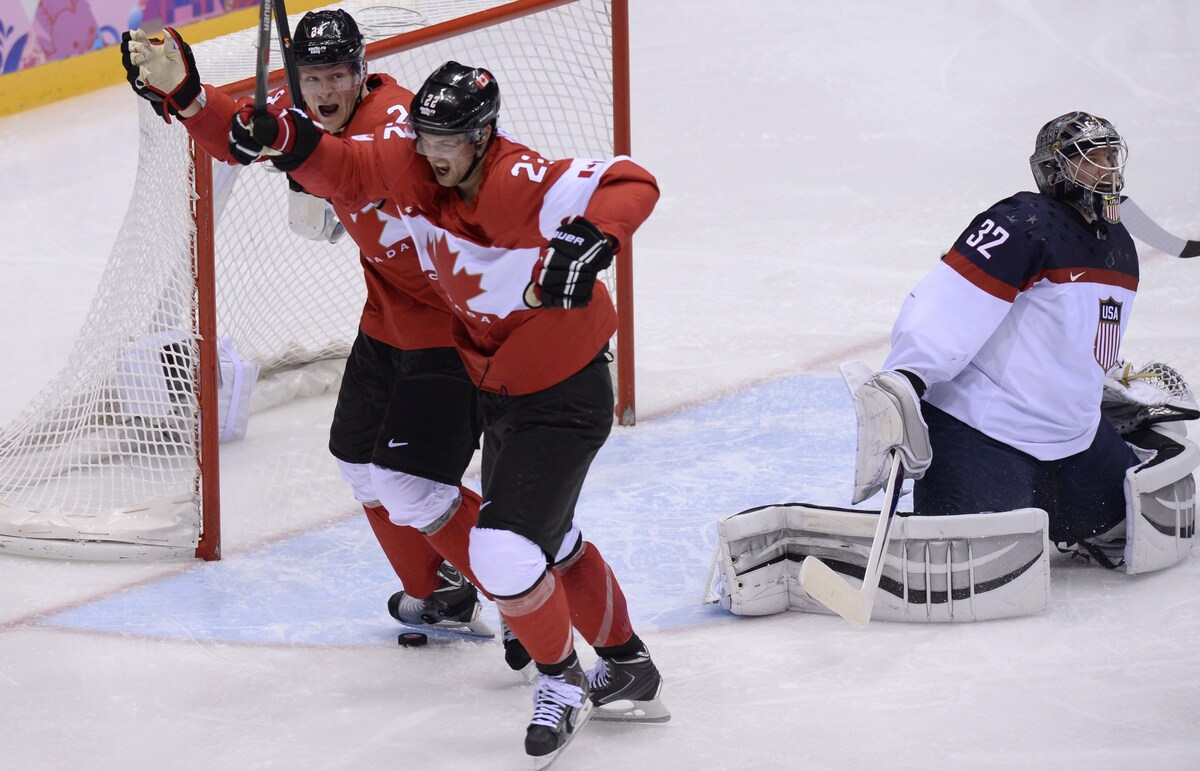 The game was a rematch between two teams that played for gold at the Vancouver 2010 Games. That contest went to overtime before Canada's Sidney Crosby scored an artful golden goal that dashed the Americans' dreams of repeating as gold medalists — something they haven't done since the famed 1980 "Miracle on Ice" Olympics.

It will be Team USA vs. Finland in Saturday's bronze medal match; Canada will play Sweden for the gold Sunday morning. Sweden presents an imposing challenge: The team was unbeaten in group play and scored more points than any other squad in the Olympic tournament, with 12.

"It seems like we had a tough time sustaining any pressure in their end," Team USA's Ryan Callahan said immediately after the match. Despite some U.S. chances, he said, the Canadian defense was able to adapt.

"They're a talented group. You see the skill they have."

Getzlaf, who was part of an imposing line that produced the game's lone score, said he and teammates such as Jamie Benn and Corey Perry quickly grew into playing together in Russia. The result, he said, was better passing and puck handling.

"Tonight, we were able to hang on to it and make some plays," Getzlaf said.

Adding that goalie Price's strong play calmed the Canadian team, he added, "He controls the whole pace of the game."

Crosby, noting that both the U.S. and Canadian teams have speed, said the Canadians' strategy was simple: "Try to play in their end."

The U.S. fell behind in the second period Friday, after Canada scored on a deflected long shot in traffic by defenseman Jay Bouwmeester. Forward Jamie Benn got his stick on the puck, and it eluded U.S. goalie Jonathan Quick.

That goal came during an American power play, exposing a weakness that troubled the U.S. team all game. Despite a three-to-one advantage in power plays awarded in the first two periods, the U.S. had nothing to show for it.

The Americans also went through weak defensive stretches, failing to disrupt a Canadian attack that rifled shots at Quick — and often collected the rebounds to send more shots at the net.

Interest in this game had been building all week, particularly after the U.S. women lost to Canada in an overtime shocker Thursday. And with host Russia's ouster at the hands of Finland earlier this week, the gold medal seemed to be within the grasp of either North American team.

The atmosphere in the Bolshoi Ice Palace Friday was like that of a title game, with loud cheering and Russian star Alexander Ovechkin looking on. But despite that air, the Canadians will have to contend with Sweden for gold on Sunday.

Behind 1-0 in the third, the Americans played with energy and intensity, moving the puck into the Canadian end. But they weren't able to finish those chances.

Perhaps owing to an increasing sense of desperation, the Americans seemed to fall into a pattern of launching the first available shot at Canada's net. By contrast, the Canadians looked at ease in sharing the large Olympic ice, with sharp passes and quick changes of direction that probed the U.S. defense.

The Canadians had a chance to add to their advantage on a two-minute power play that began with around 10 minutes left in the game. But the Americans withstood that challenge, even with Callahan playing part of the time without a stick — he dropped it after it shattered.

Despite a feverish finish that included an empty U.S. net, the Americans weren't able to even the score and force overtime.

As Mark noted earlier today, many folks have embraced a proposed wager made by an Illinois shipping company, which put out a billboard Thursday with Justin Bieber's photo along with U.S. and Canadian hockey players — and the dare "Loser Keeps Bieber."

The highly unofficial bet sparked a #LoserKeepsBieber hashtag on Twitter, echoing calls for the U.S. to deport Bieber to Canada, where he was born and raised. Those calls most recently followed Bieber's scrape with law enforcement in Miami, where he was charged with DUI and resisting arrest in January.

The company behind the billboard, Command Transportation, put up a new image today: An eagle wearing a "Belieber" gold-chain necklace, along with the text "Worst Bet Ever." The company tweeted an image of the sign at its headquarters along with a new proposal, "Hey Canada, best 2 out of 3... errr... best 3 out of 5?"