Accessibility links
Finally: U.S. Speedskaters Break Drought, Win Silver In New Race Suits : The Edge The American Speedskating team that came to Russia with high expectations has won its first Olympic medal in Sochi, two days before the Winter Games will come to an end. 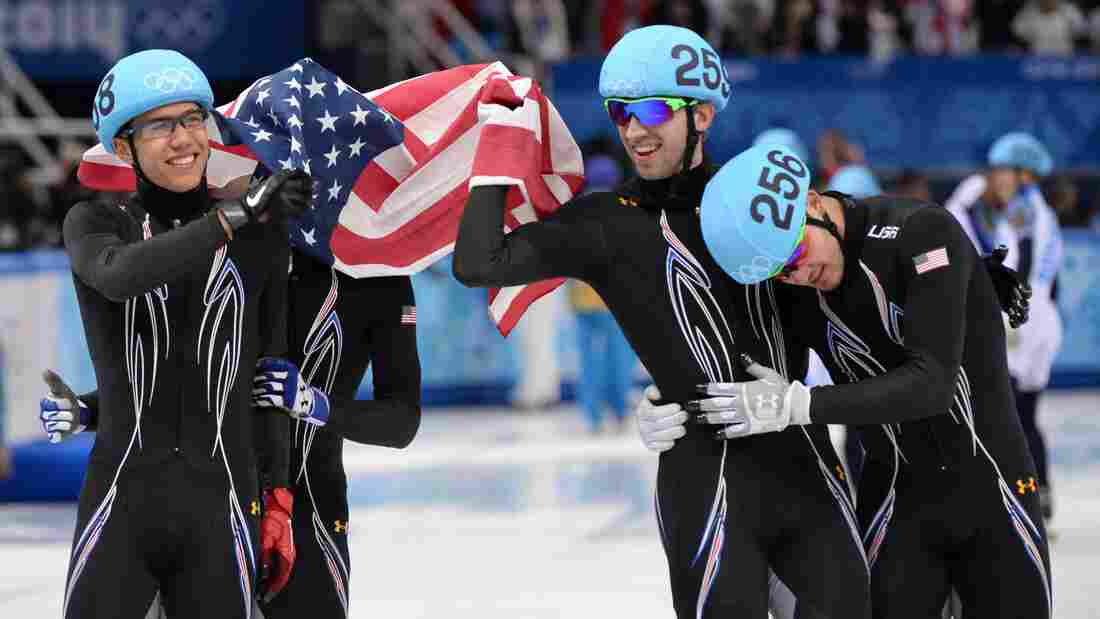 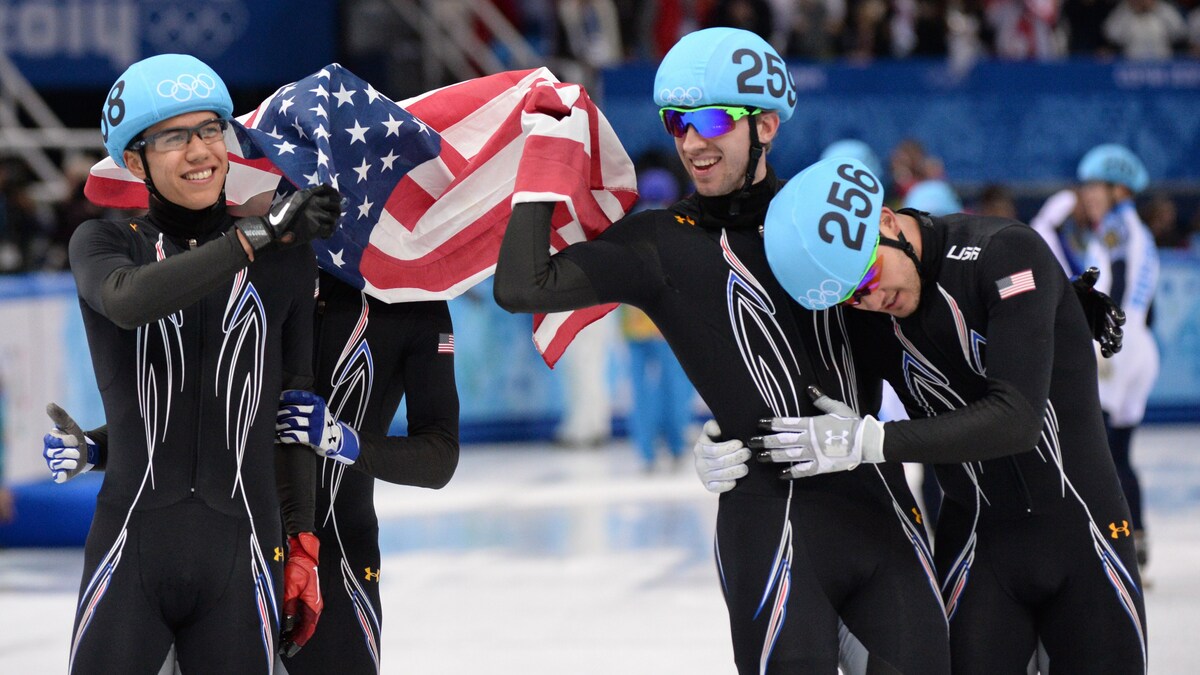 It took far longer than many people expected. But the American Speedskating team that came to Sochi with high expectations has finally won an Olympic medal. The men's short track relay team finished second to Russia Friday, two days before the Winter Games come to an end.

The four-man team of J.R. Celski, Eddy Alvarez, Chris Creveling and Jordan Malone lost the lead in the 5,000-meter relay well before the race's end, as the Russian squad powered by former South Korean athlete Viktor Ahn skated to victory and set a new Olympic record at 6:42.100. The U.S. was just behind, at 6:42.371. China placed third, finishing nearly 6 seconds behind the American men.

Ahn, who became a Russian citizen in 2011, won his record-tying eighth career Olympic medal, according to the AP.

A spokeswoman for U.S. Speedskating tells us the skaters were wearing the controversial new skin suits when they won silver today.

According to Jamie Miller, "the short track team has been in the new Under Armour suits for the entire Olympics."

Thanks to NPR's Howard Berkes for tracking down that clarification.

The U.S. had a chance to double its medal haul Friday in the women's 1,000-meter finals. But Jessica Smith was kept off the podium, finishing fourth in a tight race.

For the Americans, the team relay silver medal comes after days of complaints and finger-pointing. Before today, they had failed to reach the podium in 19 speedskating events (taking the long and short track races together).

Some of the U.S. skaters became convinced that their new and innovative skin suits, unveiled by Under Armour especially for these games, were in fact slowing the athletes down on the ice.

Part of the American team eventually changed back to the race suits they'd worn during last year's successful World Cup season. Earlier Friday, U.S. Speedskating announced that despite what some have called "suitgate," the team is renewing its ties with Under Armour, extending their contract through 2022.

"We're Americans, and although we got knocked down, we're going to write a new storyline in four years," Under Armour CEO Kevin Plank told ESPN.com. "Because who loves a comeback more than our country?"

Despite "suitgate," many observers feel that there are problems with U.S. Speedskating that are more complex. Earlier this week, the U.S. Olympic Committee announced it would take a close look at the troubled national governing body, with an eye to giving more support to the athletes.