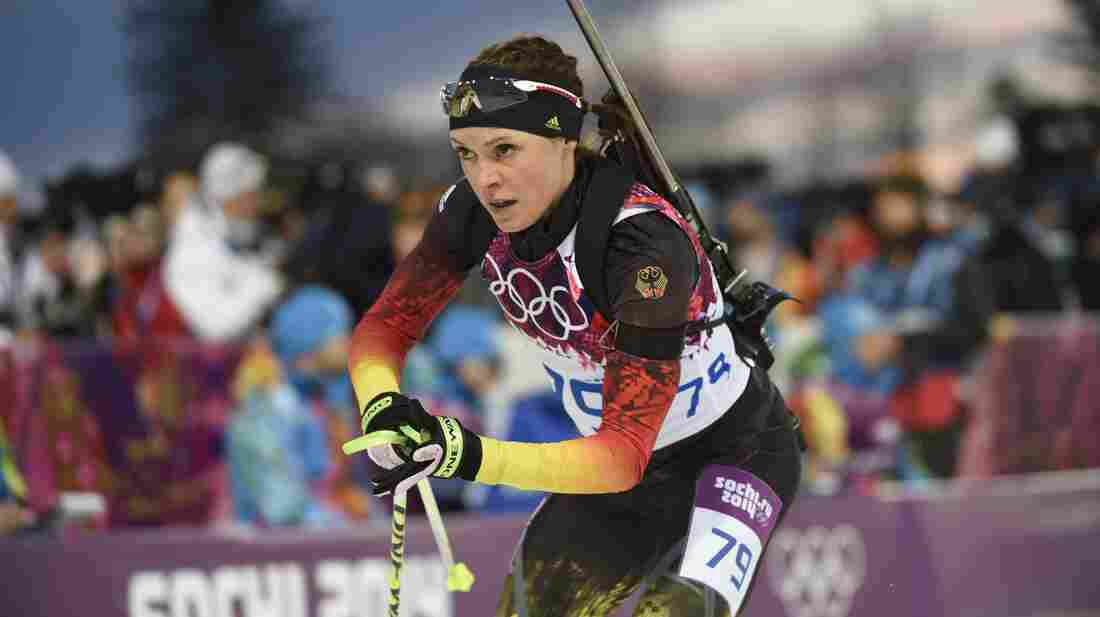 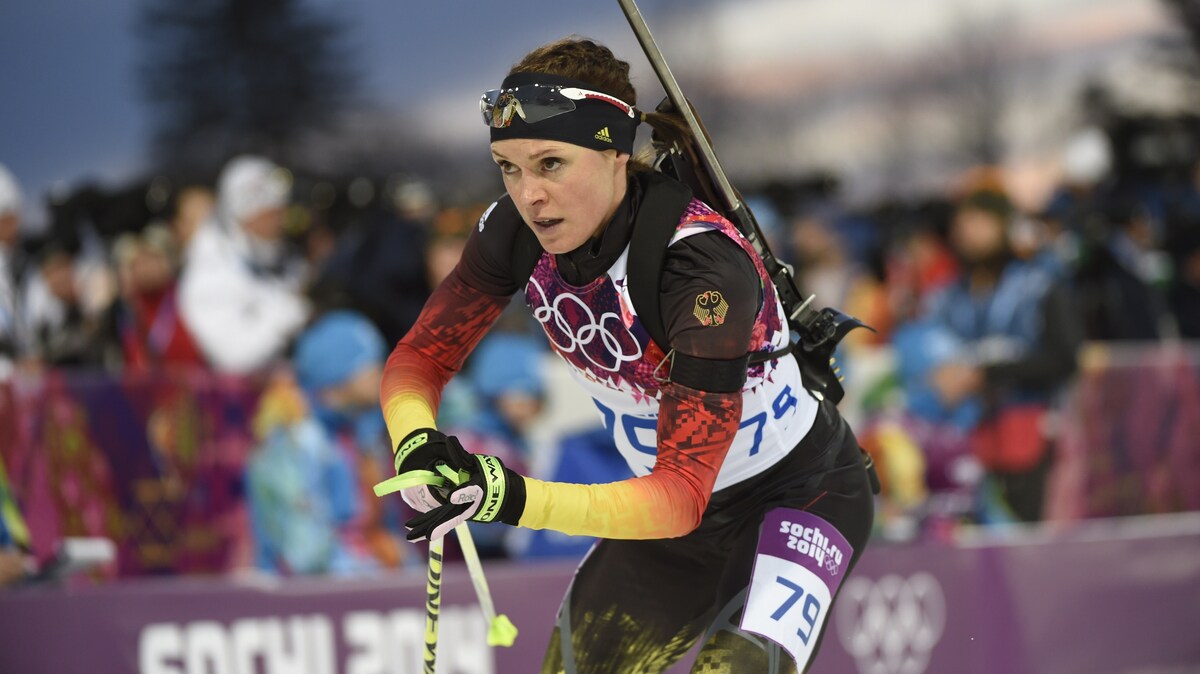 Germany's Sochi 2014 contingent is reeling from the news that Evi Sachenbacher-Stehle, a former Olympic medalist in cross-country skiing who took fourth place in the biathlon Monday, has tested positive for banned substances at the Sochi Winter Olympics. An Italian athlete also tested positive, officials said Friday.

The German Olympics team says that Sachenbacher-Stehle, 33, has confirmed that her A and B samples returned positive results for a banned stimulant. She had a hearing with the International Olympic Committee today; after it, she was "excluded from the team" and left Sochi, German officials say.

Confirming the doping charges against the German athlete Friday, the International Olympic Committee said it has disqualified her from the biathlon's 12.5 kilometer mass start event. It also disqualified the four-person German team she competed on as part of the mixed relay. That team also placed fourth.

Sachenbacher-Stehle "has won five Olympic medals in cross country," reports Deutsche Welle, which also notes that in 2006, the athlete "received a five-day suspension at the start due to a high haemoglobin level."

The stimulant for which Sachenbacher-Stehle tested positive is for methylhexaneamine (dimethylpentylamine), Olympics officials said Friday. The athlete couldn't account for how it came to be in her system.

"Until Friday no athlete had tested positive for banned drugs at Russia's first Winter Olympics," reports Yahoo's EuroSport site, "with the IOC eager to stop cheats from getting to the Games with increased pre-Olympic testing in the months leading up to the event."

But on Friday, Sachenbacher-Stehle wasn't alone. Also reportedly testing positive for dimethylpentylamine was Italian bobsledder William Frullani, who has been kicked off the Italian Olympic team.

The Italian Olympic team, known as CONI, confirmed that information Friday. It also said it had secured the right to replace Frullani on the bobsled team he had trained with. The four-man races will be held Sunday.

Dimethylpentylamine, which is also called DMAA, was first produced by Eli Lilly to be included in a nasal decongestant called Forthane. After its initial release in the 1940s, it was available commercially for decades.

The chemical is derived from "the oil of the geranium plant," according to the Union Pharma site. It is also sometimes called geranamine. The company compares its effects to caffeine, though it reportedly lacks the "jittery" qualities that caffeine can bring.

"Due to safety concerns, dimethylamylamine has been temporarily removed from military stores in the US. It has also been banned in New Zealand. Its use has been linked to several reports of serious, life-threatening side effects."

You can see the 2014 list of prohibited substances at the WADA site.