Accessibility links
Getting Technical: Questions And Answers About The Winter Olympics : The Edge We've been sifting through the questions people ask about the Sochi Games on the knowledge-sharing site Quora. Here are some of our favorites.

Getting Technical: Questions And Answers About The Winter Olympics

Getting Technical: Questions And Answers About The Winter Olympics 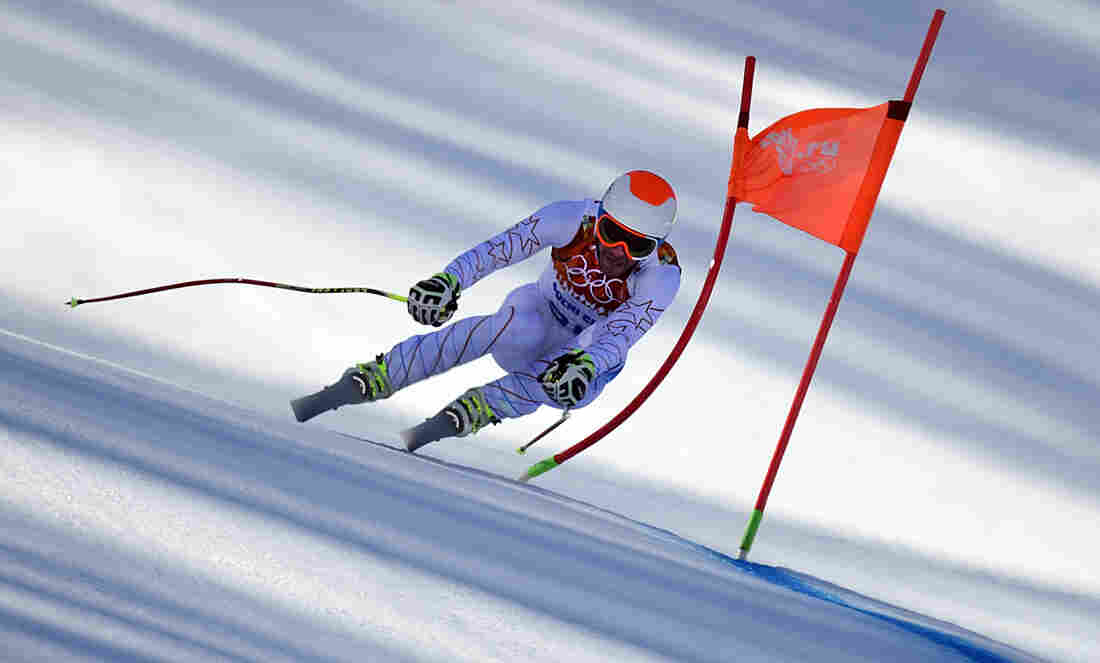 American Bode Miller inspired a question about terminal velocity, resistance, and friction with his skiing in Sochi. It's one of many technical questions that came up during the Winter Olympics. Olivier Morin/AFP/Getty Images hide caption 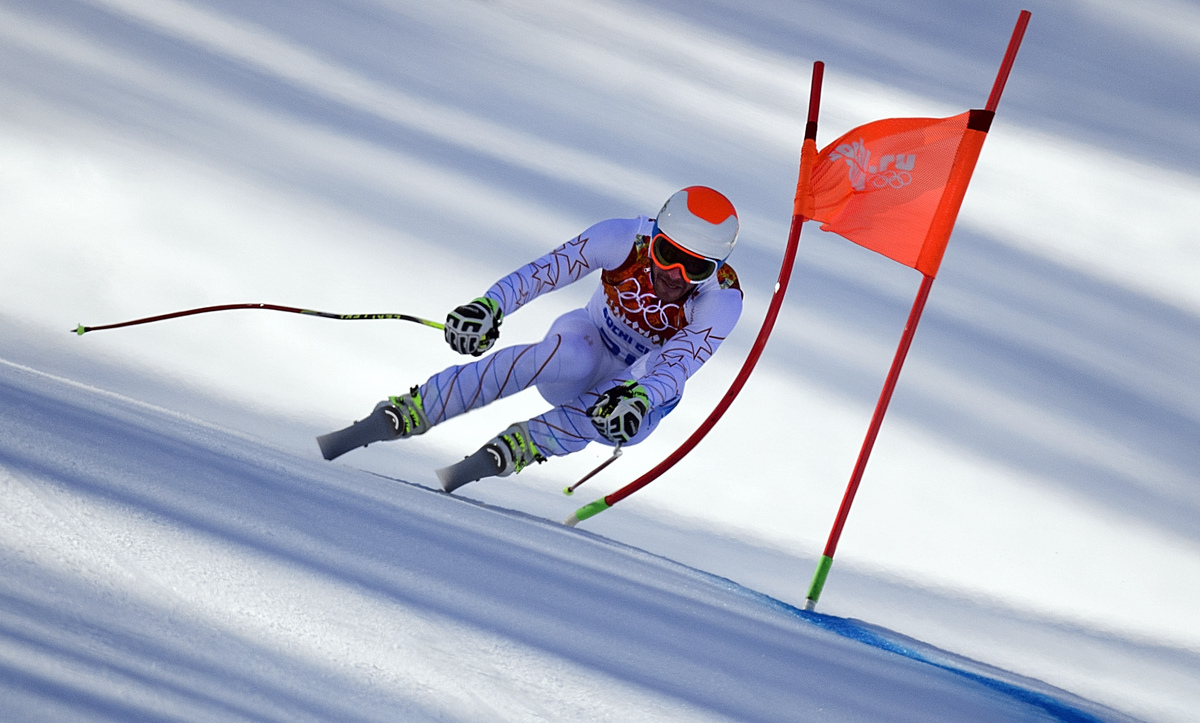 American Bode Miller inspired a question about terminal velocity, resistance, and friction with his skiing in Sochi. It's one of many technical questions that came up during the Winter Olympics.

Events in the Winter Olympics can be highly technical, with arcane rules and specialized equipment that can defy easy explanation. On the question-and-answer site Quora, several interesting topics have come up in recent days, from why athletes use tape on their sleds to how a human can surpass 80 mph on skis.

We've been sifting through the questions people ask about the Sochi Games on Quora. As you might expect, one of the longest and most detailed exchanges (too long and detailed to fit in this post, in fact) centers on the controversial win by Russia's Adelina Sotnikova in women's figure skating.

Here are some of our favorite questions, with answers:

How many employees will NBC have in Sochi?

Curling: What does the "sweeping" do in curling?

To expand on what was already said, curling ice isn't smooth like skating ice. It's covered in little bumps, which is referred to as the pebble of the ice. So, sweeping melts the pebble down a bit to maintain speed or the trajectory of the rock.

The pebble is what makes the rocks curl. Without that pebble, you really can't control the path of the rock. I hope that helps!

Skeleton: What's up with the duct tape looking stuff on the skeleton sliders' sleds?

A skeleton sled has a soft-ish (think yoga mat) covering over the sled that makes it a flat surface and covers all the internal components. A special type of gaffer type is used to hold the covering to the sled.

The best tape is made by a company in Europe called Tesa. Each roll is around $60 and we hoard it since it's difficult to come by. The reasons we seek this brand out are because:

How do downhill skiers go as fast as 81 mph if terminal velocity is 120 mph?

"I was just watching Bode Miller's final training run, and at the bottom of the course, he got up to over 81 mph. Whoosh! How is that possible if terminal velocity - falling at a 90 degree angle to the earth with only wind resistance - is 120 mph?"

The numbers you cited actually work out exactly like you'd naively expect.

The force of wind drag is proportional to velocity squared. 120 mph (falling) is 1.5 times as fast at 80 mph (skiing). That gives a force 1.5^2 =2.25 times as great. In other words, when you're skiing downhill at 80mph, you experience a bit less than half as much wind resistance as at 120 mph.

To try to get more accuracy, you'd have a lot of things to consider:

Especially because we don't know the frictional forces, it's hard to get a highly-accurate estimate of how fast skiers should be expected to go. Indeed, by controlling the friction, gradient, and air drag, skiers can traverse the same course at a wide range of speeds. However, 80 mph is not at all unreasonable.

Winter Olympics: Is Nordic ski jumping scoring about more than distance? How does the scoring work?

Ski jumpers are judged on two elements: distance and style. Let's start with the latter, since this is the crux of the question.

Style: There are a maximum of 60 points awarded for style and competitors are judged on the technique not only of the flight itself, but also the timing of their take-off, the landing and movement down the hill after landing, called the outrun. During the jump judges are looking for aerodynamic efficiency, ski position (the 'V'), the position of the arms and legs and fluidity of movement between take-off, flight and landing positions. Jumpers thus receive style points in three areas: flight, landing and outrun.

Judges can deduct 5 points at their discretion.

The perfect landing sees the jumper:

Judges can deduct 5 points for landing; 2 points must be deducted for failure to adopt a true 'telemark' position.

The perfect outrun sees the jumper:

Judges can deduct 7 points for the outrun; jumpers receive the maximum deduction for falling before the 'fall line'. Points are deducted generally for losing balance or touching the snow with anything but the skis.

There are five judges. The three middle scores are added together while the highest and lowest are discarded.