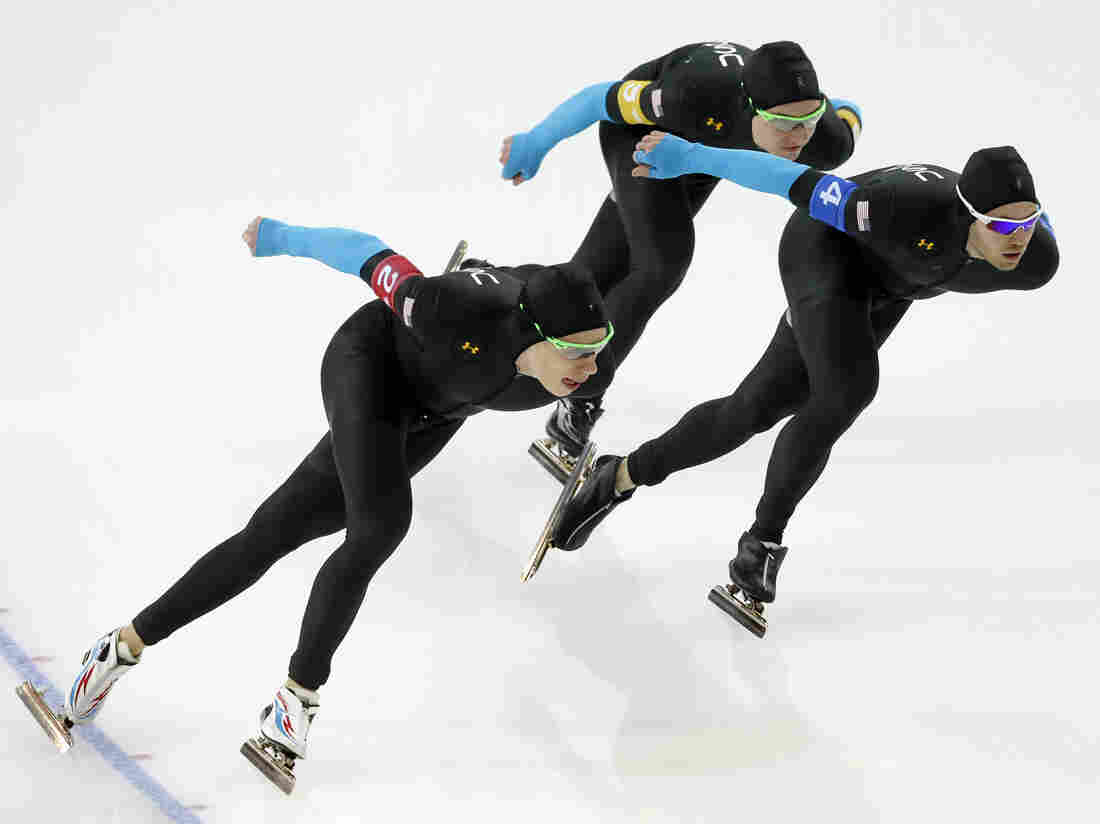 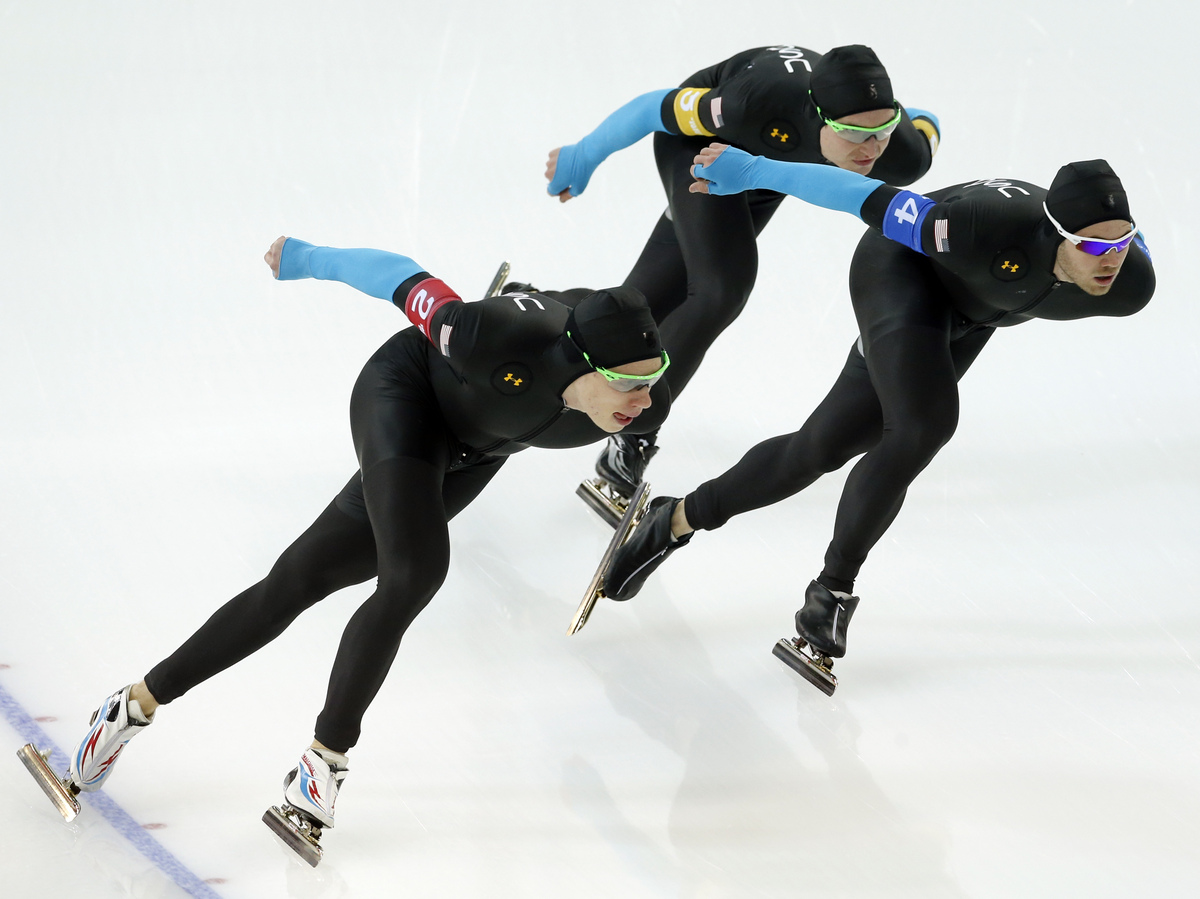 Speedskaters from the U.S., Brian Hansen (from left), Jonathan Kuck and Joey Mantia, compete in the team pursuit speedskating race for seventh place at the Adler Arena Skating Center on Saturday.

America's performance in the 2014 Winter Games has been solid, if not spectacular. Team USA has managed to stay at or near the top of the medal heap in Sochi for most of the games.

But big names like snowboarder Shaun White, speed skater Shani Davis, skier Bode Miller and both U.S. hockey teams have disappointed when they were expected by many experts to dominate. (With hockey, however, it might have been more hope than actual expectation of gold.)

In spite of those disappointments, events such as freestyle skiing and snowboarding, which the U.S. more or less invented, have kept America's medal count high. As of midday Saturday, the U.S. was tied with Russia for the most medals, with 27. Norway has the most gold medals, with 11. 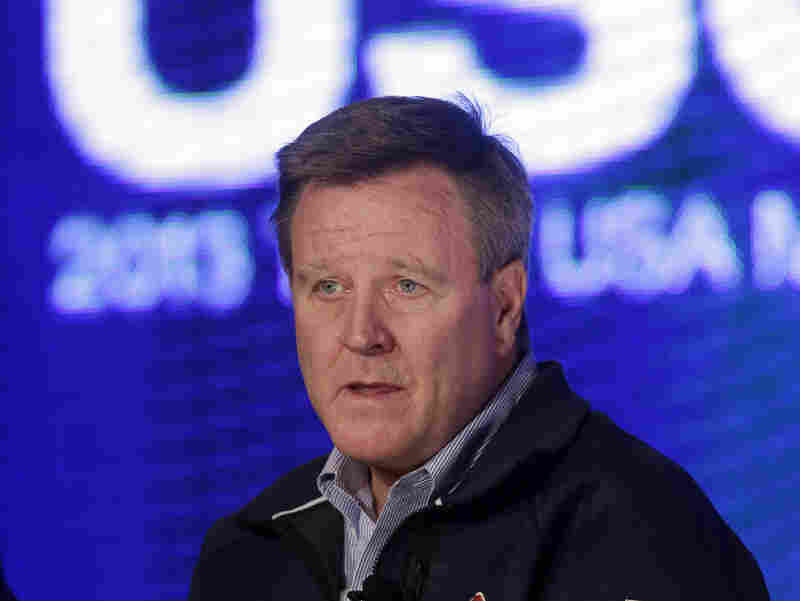 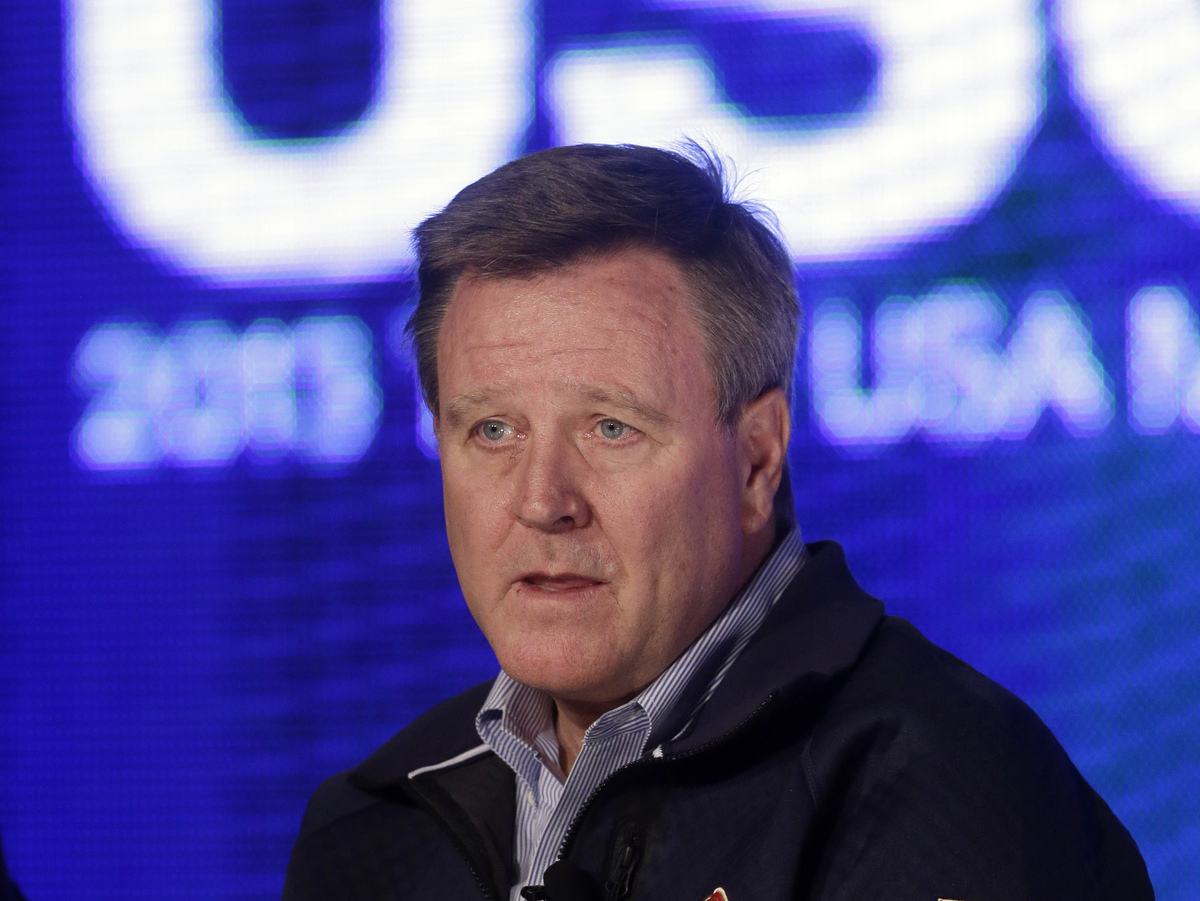 At a news conference in Sochi on Saturday, U.S. Olympic Committee CEO Scott Blackmun said it's hard for one country to really dominate the Olympics anymore.

"I think if you look at things more broadly, it's not just the U.S. The medals are getting spread around a little bit more," said Blackmun. "The fact that we're still at the top of the medal table, at least for today, I think is indicative that things are alive and well in the United States, in the sports world."

Blackmun ended up addressing the elephant in the room: U.S. speedskating. The men's and women's teams flopped this Olympics, and some athletes blamed new uniforms made by Under Armour. Blackmun says it was more than just the suits.

"If you look at the speedskating results, we weren't the only nation that got smoked by the Netherlands," he said. "They had a fantastic, fantastic games, and we extend our hearty congratulations to them."

"In terms of what happened, we're fairly confident it was not the suits. We want to take a look at this after the games," Blackmun said. "We want to work in partnership with U.S. Speedskating to help them find some answers that will help them going forward."

Alan Ashley, the USOC chief of sport performance and U.S. chef de mission, elaborated: "It's not just one factor ... you've got to consider everything," he said.

"I think it's a deep dive that requires good analysis ... a good, thorough analysis," Ashley said. "Our job now is to say what went wrong, what went right [and] how do we improve, so that the next generation ... the group of athletes and that group of skaters that goes with us to the next Olympic Games has an even better opportunity to perform."

The news conference Saturday wasn't just a chance for officials to defend Team USA. It was also an opportunity to start talking about future Olympics. Officials said they are seriously considering making bids to host the Games in the U.S. in 2024 or 2026.

In spite of the speedskaters' performance at the Olympics, and the controversy over their Under Armour suits, the athletes will continue to wear the Baltimore-based company's uniforms. The Boston Globe reports Under Armour recently signed an eight-year deal with U.S. Speedskating.

As for Saturday's competition, medals will be handed out in alpine skiing, cross country skiing, biathlon, ice hockey, snowboarding and speedskating.