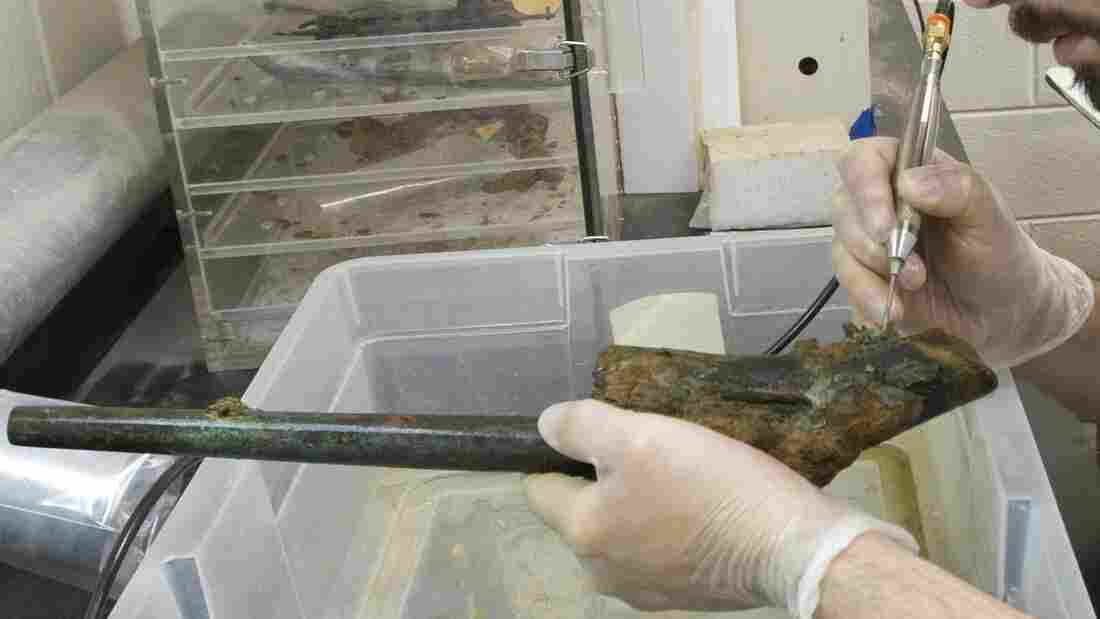 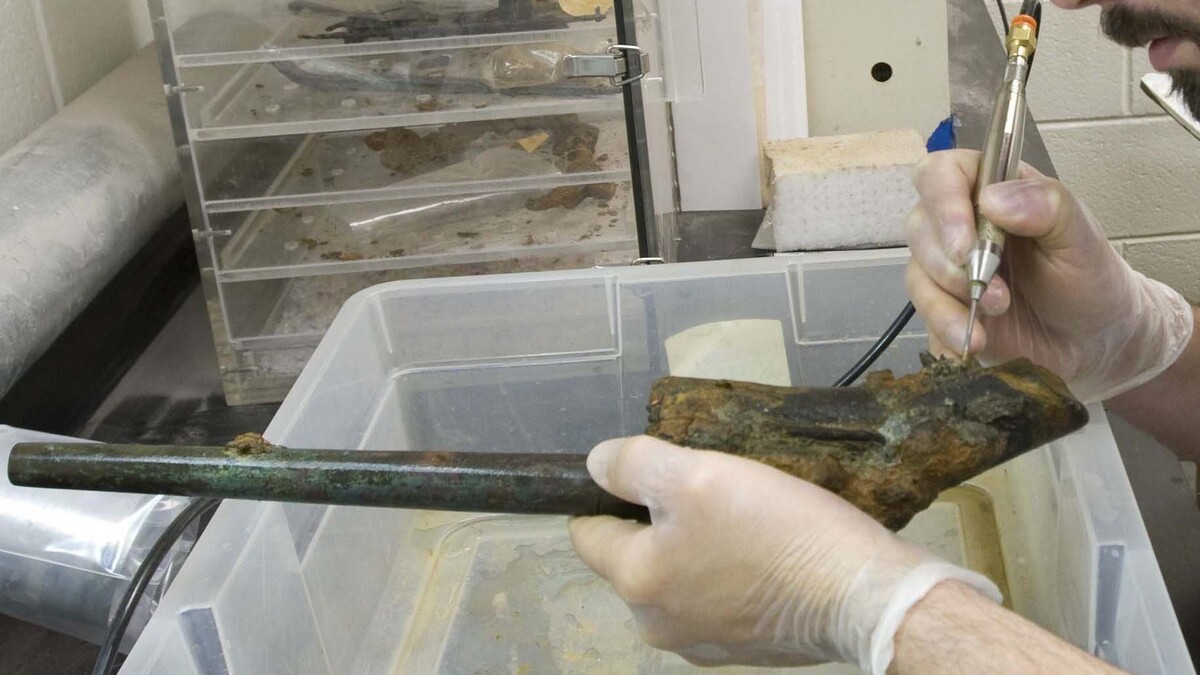 When archaeologists in Virginia uncovered the skeletal remains in 1996 of one of Jamestown's first settlers — a young European male designated as JR102C in the catalog — they said he was the victim in what was perhaps Colonial America's oldest unsolved murder.

At the time, archaeologist William Kelso, now director of archaeological research and interpretation at Jamestown Rediscovery, reported that "the lead bullet and shot fragments lodged in his lower right leg contained enough force to fracture his tibia and fibula bones, rupturing a major artery below the knee. JR would have bled to death within minutes."

Now, 17 years later, the forensic archaeologists at Jamestown may have identified the victim and, therefore, the perpetrator of the crime. Recent evidence, Kelso says, points to a duel in 1624 "where a man named George Harrison took a bullet in the leg and later died from it."

The bullet, found by researchers, "hit the right side of the knee suggesting the man was standing sideways, which would happen in a duel," says Kelso. "It is possible that JR102C is that man."

And the man who murdered Harrison in a duel, according to Kelso: Richard Stephens, a Jamestown merchant. Stephens went on to become a court commissioner and an outspoken detractor of Virginia Gov. John Harvey. In 1635, Stephens and Harvey engaged in fisticuffs, and Stephens lost teeth in the bargain. Stephens died circa 1636.