Accessibility links
What Lurks Beneath The Earth's Surface : The Protojournalist Water pools, oilfields, undersea volcanoes. By exploring the planet's interior, we are making new, unexpected discoveries and learning more about life above the surface — and perhaps deep within ourselves.

What Lurks Beneath The Earth's Surface

What Lurks Beneath The Earth's Surface 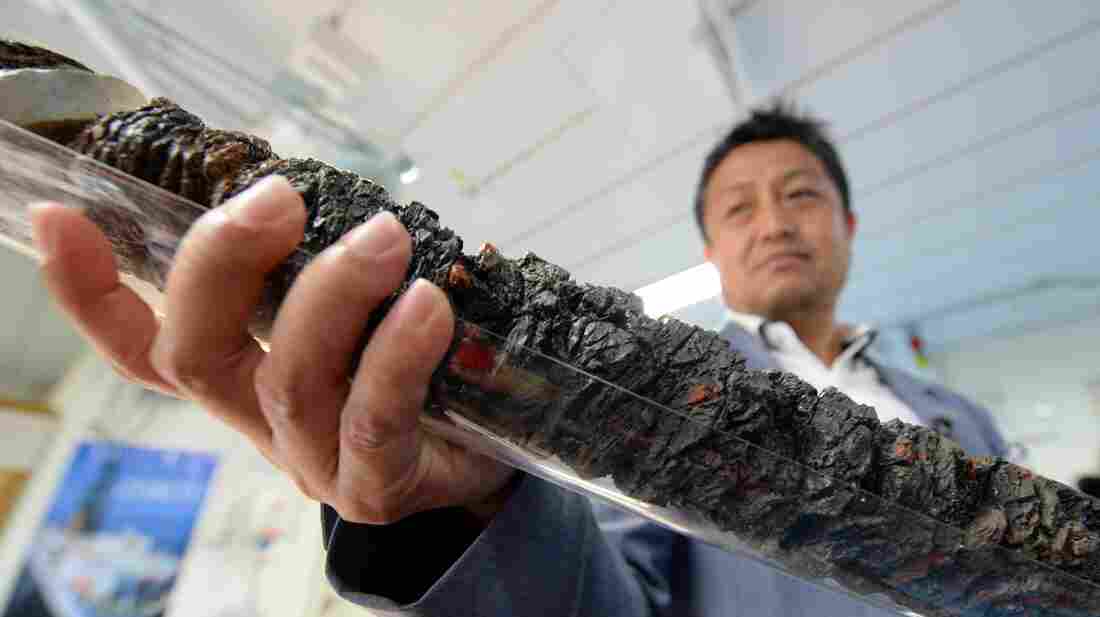 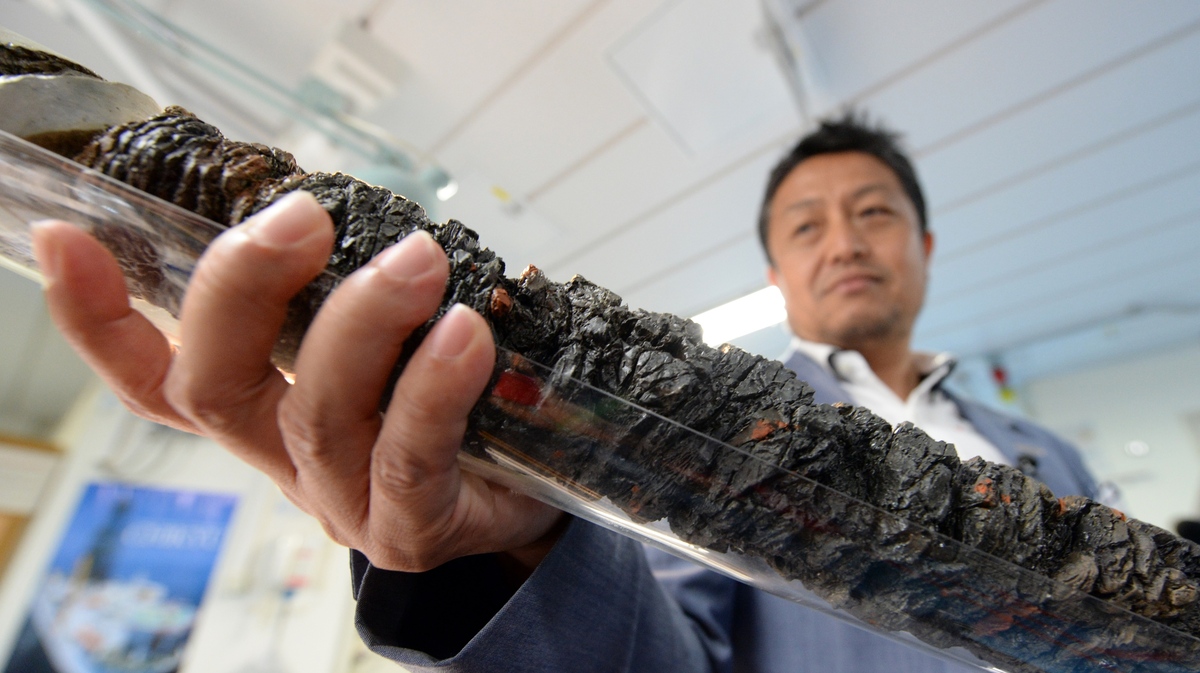 Shinichi Kuramoto of the Center for Deep Earth Exploration in Japan displays a replica of earthquake fault rock.

Recently there has been an eruption of revelations from below the surface of the Earth: Major aquifers beneath Kenya and a vast volcano deep in the Pacific Ocean. In just the past six months, there have been reports of new oilfield discoveries in Canada, Colombia, Israel and other spots.

Inner Earth seems to be getting more attention these days than outer space. There may be nothing new under the sun, but there is a lot happening where the sun don't shine. Besides oil and water, researchers are digging for untold minerals and medicinal knowledge and maybe even some of the deepest secrets of all.

Humans have long imagined what wonders await explorers of the deepest lands and waters. The 19th century French novelist Jules Verne plumbed the fictional depths in phantasmagorical stories such as Journey to the Center of the Earth and 20,000 Leagues Under the Sea.

For example, many naturally occurring materials are extremely dangerous to our health, explains Brenda, who focuses on medical geology. She names two: arsenic and asbestos. Both substances occur in nature, and asbestos has even been mined for use in many everyday applications. Now we know that both are human carcinogens.

"Where they occur is not always known," Brenda says. "Sometimes it isn't until people get sick that a search is initiated to figure out why. In other cases, routine analyses discover the presence of these materials and routes of human exposure are identified, but then studies are needed to find out if people are getting sick from these exposures."

New research, Brenda says, is revealing more minerals to be carcinogenic. She cites erionite, "a zeolite mineral that is similar to asbestos in size and shape and when breathed in the lungs is highly carcinogenic."

During investigations of the Earth's innards, scientists may discover all kinds of things.

In one way, subterranean exploration is getting more difficult, Brenda says. Many places "have been so altered by human activities that they obscure what is there."

In her own backyard, Brenda says, it's difficult to locate the faults that cut across the Las Vegas valley. "Houses and shopping malls have been so built up that it is not easy to pick out the subtle elevational changes that indicate a fault scarp is there," she explains. "And since everything is built up, we can't easily — or can't at all — dig a trench to learn more about that fault."

One piece of info that would be nice to know, she points out: Is the fault likely to be tectonically active again?

But in another way, Brenda adds, "today we have satellites and other technologies that make it easier to discover new things about the surface and subsurface of the Earth."

It's true, says Compton Tucker, a senior scientist at the National Aeronautics and Space Administration. A whole array of new geophysical tools developed for various tasks enable researchers to boldly go below where any human has ever ventured.

While reaching for the stars, we are also delving into the dirt.

New gravity data provided by satellites, Compton says, help researchers measure "very exactly, variations in the earth's gravity field — which tells you, certainly, things about water storage beneath the surface and how that varies."

The recent technology, Compton says, "comes out of our knowledge of gravity fields from firing ballistic missiles from point A to point B on the surface. Because if you don't know what the gravity field is, you have no possibility of hitting your target. So this is a very benign and actually beneficial use of something which has come out of the military sphere."

Dig a little and there is no telling what you will find.

While engaged in sea-floor drilling, for instance, Japanese scientists have discovered ginormous amounts of microorganisms. "The total volume of those organisms is nearly equivalent to the on-land one," says Shinichi Kuramoto of the Center for Deep Earth Exploration in Yokohama.

Life among the micro-creatures, dwelling in the deepdark of the Earth's interior, may potentially shed light on our planet's past, Shinichi says, and may even address the question: "Where do we come from?"