Accessibility links
The True Meaning Of The National Mall : The Protojournalist Whether it's a march, a festival, a protest or some miscellaneous – sometimes maniacal – moment, there is always something happening on the National Mall.

The True Meaning Of The National Mall

The True Meaning Of The National Mall 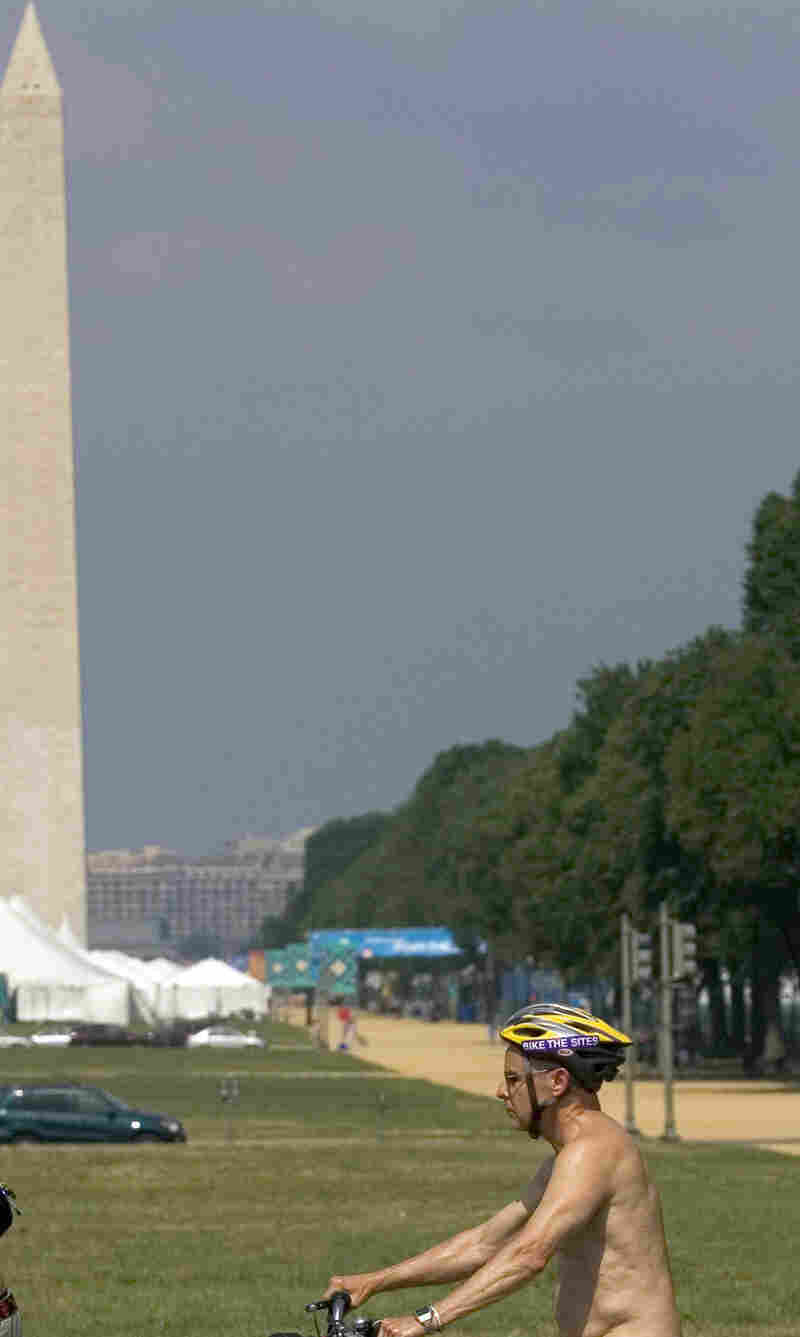 A demonstrator glides past the Washington Monument, as prelude to the World Naked Bike Ride on June 9, 2007. SAUL LOEB/AFP/Getty Images hide caption 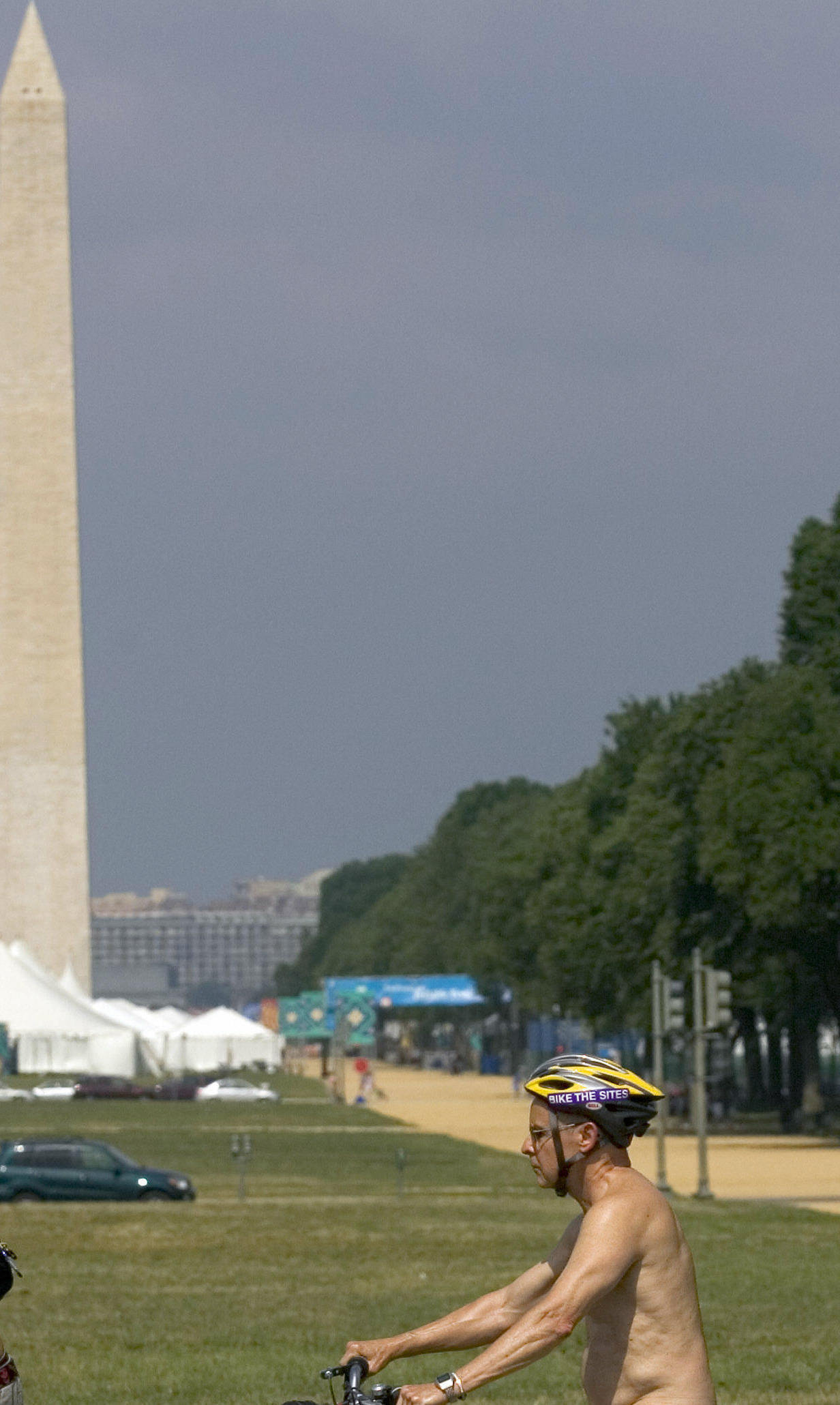 A demonstrator glides past the Washington Monument, as prelude to the World Naked Bike Ride on June 9, 2007.

On the National Mall: Though monuments and museums along the greenway are closed due to the federal shutdown, veterans are planning to march on Sunday and activists gathered last week to draw attention to immigration reform. On Oct. 4, a man from New Jersey, tragically, set himself on fire. On Nov. 5, hacktivists – computer hackers with various political agendas – are being summoned to address a slew of different digital issues.

Whether it's a march, a festival, a protest or some miscellaneous – sometimes maniacal – moment, there is always something happening on the National Mall. Even when the rest of federal Washington is shuttered.

"The National Mall is America's common ground," says Kristine Fitton of the Trust for the National Mall. "It is where people from all walks of life come to reflect upon — and shape — the story of America."

Sketched out by urban planner Pierre L'Enfant in the late 18th century, the National Mall has been a magnet for movements since at least 1894 — when Jacob Coxey led a band of disgruntled Ohio workers to the nation's capital to seek federal support.

Subsequent large-scale gatherings include the March on Washington in 1963, the call for a Vietnam Moratorium in 1969, the Million Man March in 1995 and the March for Women's Lives in 2004. In 2010, Glenn Beck, Al Sharpton and Jon Stewart all staged rallies on the greenspace.

But there have also been lesser known events on the Mall that reflect oft-obscured aspects of "what America can be." Here are a few:

Recent activity on the National Mall, Fitton says, has created some debate over who "owns" the park — the government or the people. "It is clearly a park of the people. Twenty-five million visit each year and half of Americans will visit in their lifetime," she says. "But it needs the National Park Service to protect, preserve and sustain it. The National Mall is such an important symbol of democracy, equality and freedom that it demands stewardship to ensure it endures for generations to come."