Accessibility links
I Just Hate Rants : The Protojournalist Maybe we should treat ranting like smoking, by creating special areas where people can rage together. 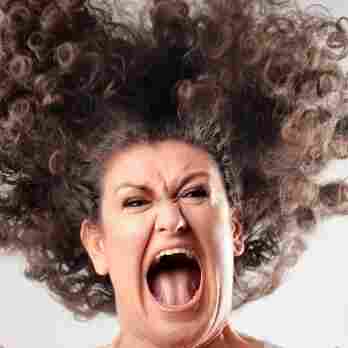 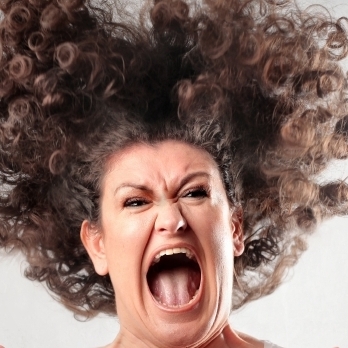 Thank You For Not Ranting

Maybe we should treat ranting like smoking, restricting it to certain remote areas – the Arctic Circle, for instance. Or the caves of Kentucky. Perhaps we should rank ranting right up there with obesity; do away with fatty foods and fatuous arguments. Ranting in the 21st century is like a hybrid of bullying and streaking.

Ranters come in all stripes these days. They rant on the radio and TV and YouTube and variegated websites. They rant on Fox and MSNBC and everywhere else. Alec Baldwin raves. Rachel Maddow rips. Ann Coulter roils. Rush Limbaugh and Spike Lee rant and rant.

You can like the ranter, but hate the rant.

Time was, ranting was pretty much the province of politicians, preachers and the occasional pub patron.

"Computers and the Internet have made it really easy to rant," musician Scott Weiland told Spin. "It's made everyone overly opinionated."

People commandeer comments sections. They mess up message boards. They overshare — and overbear — on bait-and-bitch sites such as Rant Rampage and D-rant.

Here are D-Rant's 3 Laws of a Good Rant:

2) Keep things PG — would you want your children to read this?

3) Have fun. A good rant should always make you feel better afterwards.

"When some people rant, it opens up a Pandora's box," John Suler, a psychology professor at Rider University, tells PBS NewsHour. "It leads to feelings of shame and guilt about being so angry and out of control. For many people, ranting is a dead end. It goes nowhere."

The PBS story also points to a study published in 2013 in the journal Cyberpsychology, Behavior and Social Networking. The research reveals that ranting online may not necessarily lead to a more peaceful mood.

In America, rants are usually solo affairs. We wail at the TV. We rail at the radio. We rage against the machines.

In England and other places people rant at each other — in what are called slanging matches.

Tamra Mercieca, a relationship therapist and advice columnist in Australia, sees worth in being angry. She tells people it's ok to go on a rant every now and then. "Expressing anger is necessary," Tamra says, "because what negative emotions don't get expressed end up getting stored in the body ... making us either physically or mentally unwell."

However, she says, "when you express a negative emotion such as anger you need to express is in a healthy way — scream into a basin or water, punch a boxing bag or some pillows. Taking your anger out on another person is not healthy, especially given this: If a person's actions, words or behaviors trigger you into an emotion, then you're the one who has internal issues that need resolving."

When it comes to ranting, she adds, "we would be more productive educating people on the issue at hand, then actually coming up with a solution to fix it - this would be much more productive than starting a slanging match."

The Protojournalist is an experiment in reporting. Abstract. Concrete. @NPRtpj