Accessibility links
Truth-Seeking In The Age Of Speculation : The Protojournalist We are living in the Information Age, but we also do an awful lot of online speculating. How can we separate the truth from the guesswork?

Truth-Seeking In The Age Of Speculation

Truth-Seeking In The Age Of Speculation 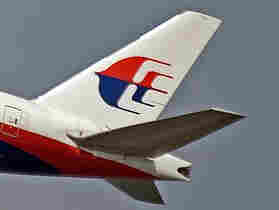 The marvel-filled Information Age is also turning out to be the muddled-up Epoch of Conjecture. The Era of Error.

Seemingly, we know everything. What is not in Wikipedia can be found through Google. And what Google can't scrape up, the National Security Agency — or international hackers — can. Through crowdsourcing, we can solve crimes and answer questions.

Just as seemingly, there is an enormous lot that we do not know. For example: Where is Malaysia Airlines Flight 370? Is faster-than-light speed really possible? What exactly is causing colony collapse disorder among bees? Do cellphones cause cancer? Can we protect our privacy on the Internet?

And when we don't know for sure, we speculate.

And when we make frivolous guesses about something serious — that Flight 370 disappeared in a black hole, for instance — does that diminish the seriousness of the situation? If we traffic in speculation, does that dilute factual information? Do we become suspicious of what is real and what is not? Do we undermine our trust in information and in one another?

Origin Of The Specious

And if we are lazy. In recent years, speculation has led to spectacular misunderstandings. In the immediate aftermath of the Boston Marathon bombing last April, the multiiversal website Reddit became a hub of information about fast-moving events. "However," blogged the site's general manager Erik Martin, "though started with noble intentions, some of the activity on Reddit fueled online witch hunts and dangerous speculation which spiraled into very negative consequences for innocent parties." Tragically, one young man — mistakenly connected to the crime by some Reddit users — was later found dead.

In the more recent case of the missing airliner, Malaysian officials, reporters covering the story, even Rupert Murdoch, have all passed along speculative information. Truth-seeking websites, such as Snopes, try to keep up with all the hearsay. Others like CNN simultaneously spread speculation ("CNN considers whether a black hole swallowed the missing Malaysian plane") and swat it down. "This is how we cope with big, uncertain events," writes Craig Silverman of the Poynter Institute — a journalism-monitoring site. "We grasp for ways to relate, to process them through our own lens. And when there is a dearth of information, we push, prod and search and speculate."

Because the Internet makes it easier "for people to choose who they want to connect with," Nick says, "vast like-minded echo chambers emerge, and it is difficult to get out of these."

So how should we deal with the onslaught of online rumors and virtual unreality? Nick suggests that the key to discerning valid information includes a real desire to find it. The formula, he says, might be:

You have to want to find the correct information and you may have to dig for it.

And if technology has exacerbated the problem of speculation, can technology help solve it? "Some have suggested websites that track information flow and primary sources, and of course there are numerous hoax-busting sites now," Nick says, pointing to Snopes, for instance. "But I think that unless people trust these tools and sources and are motivated to use them, they are not useful."

In the end, he says, "wisdom is available to people — but it requires some work: the brainy sort — you have to think hard and check sources and ... the heart-gut sort — you have to be aware of and hold at arm's length your own fears, motivations and predispositions."