Accessibility links
In Canada, Buskers Do The Locomotion : The Protojournalist An innovative railway program provides music for passengers and work for musicians.

In Canada, Buskers Do The Locomotion

In Canada, Buskers Do The Locomotion 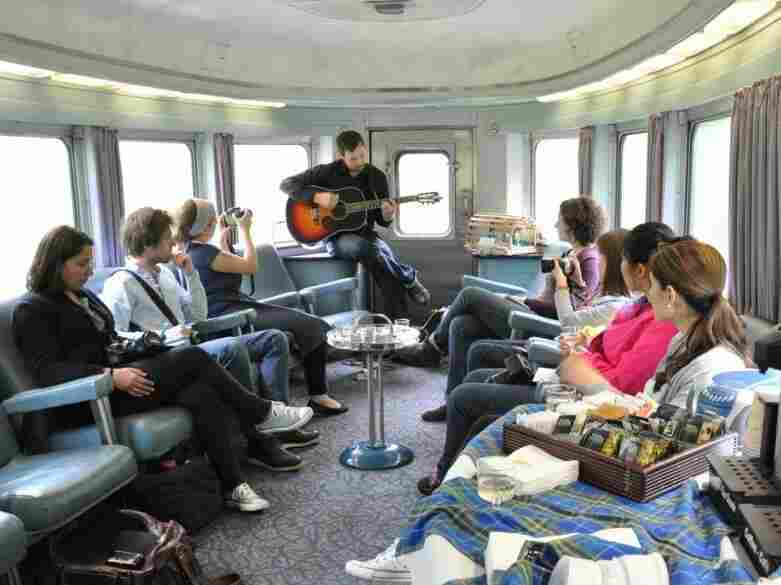 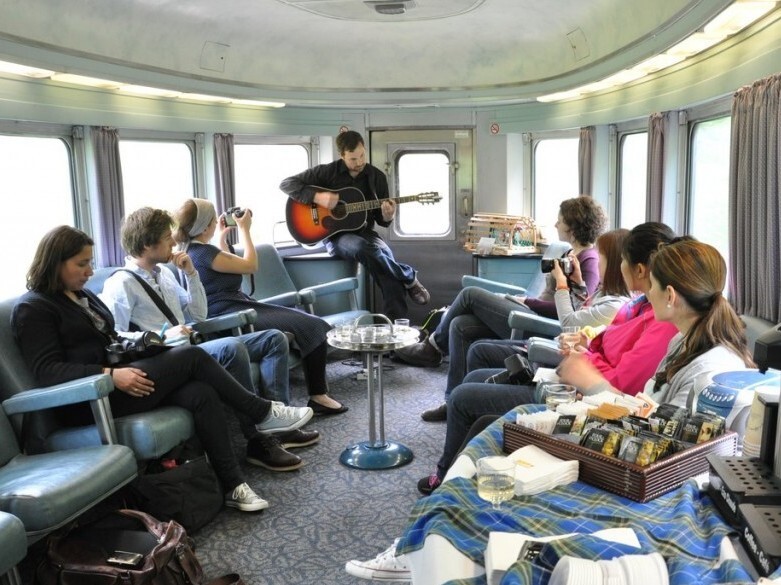 In America, Amtrak offers a writer-in-residence program to train-loving scribes. Just to the north, VIA Rail Canada provides a similar opportunity for musicmakers. The "Artists on Board" initiative lets musicians ride pretty much free in exchange for live performances.

As advertised on the railway company's website, Artists on Board offers "complimentary or reduced fare travel for approved professional musicians in return for performing on board the Montreal-Halifax and/or Toronto-Vancouver trains." The deal is available to solo performers or duets and is open to Canadian citizens only. In somewhat sterile language, the company adds: "Assessment is based on relevance to our product and passengers."

The schedule: one musical act per trip, performing two or three times for about 45 minutes.

Heard It Through The Grapevine

Some musicians are making the most of the opportunity. Members of The Bombadils — a folk ensemble, previously based in Montreal and now traveling around Canada — heard about the program through word-of-mouth. The musicians emailed the railroad company to ask if it really does provide free transportation to performers. The answer was yes; all the musicians had to do was send a few tracks of their music.

Tracks of their music. Get it?

Whistles While You Work

Morgan MacDonald, a folk, indie-rock musician, plays solo acoustic sets when he travels by train. He has taken VIA Rail-sponsored trips from Halifax to Montreal and from Toronto to Vancouver.

Morgan says traveling by train is a neat experience in general, but especially through certain parts of Canada where there is no cellphone reception. "It's all these people interacting in very different ways, and there's people from all over the world," he says. "They all just kind of hang out and chat with each other."

Performing on a train does present challenges. Morgan points out the loud noise from the train, for one. The unique audiences, which tend to be international tourists and retired people, can be different, too. "You have to play for the people who are already there," he says, "as opposed to playing for people who you've already won over or people who came specifically to see you."

Music training: Sarah Frank and Luke Fraser of the Bombadils play for VIA Rail Canada.

Though it's challenging, Morgan says the new audience is an opportunity to try out different songs and novel ways to perform old songs. "It's kind of like an old school troubadour kind of thing. There's not much in terms of lights and lasers, that's for sure."

Sarah Frank, who sings and plays fiddle for The Bombadils, says the train company is not strict in terms of music choices, but her band likes to play Canadian content to add to the cultural experience.

"We'll be traveling through the Maritime provinces and then we'll be playing some music from those provinces," she says. "So it's kind of neat to say, 'Oh this little tune comes from this area that we're passing through right now.' "

The trips go by fairly quickly, Sarah says. After playing sets and talking to people, "you're basically there."

Lauren Katz is a production assistant on NPR's social media desk. You can follow her @Laur_Katz.