Accessibility links
Slow Walkers May Be On Their Way To Dementia : The Protojournalist New research shows that older people with cognitive problems who walk very slowly may be at greater risk for dementia.

Slow Walkers May Be On Their Way To Dementia

Slow Walkers May Be On Their Way To Dementia 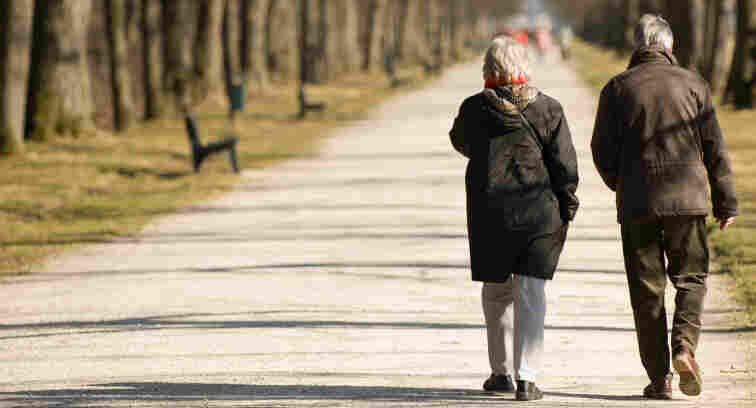 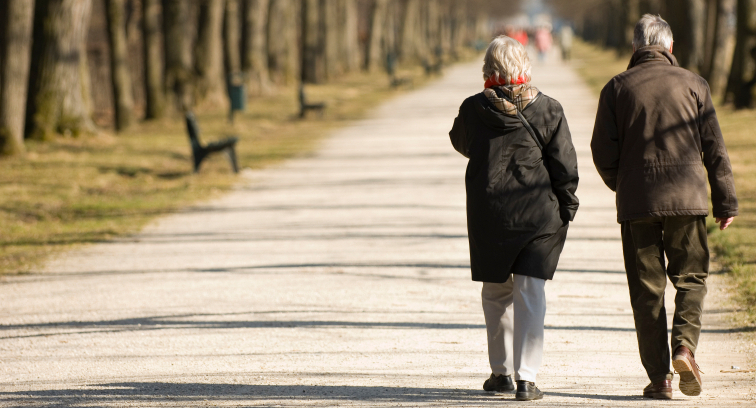 Wait a minute. Weren't we told by Simon and Garfunkel: "Slow down, you move too fast. You've got to make the morning last"?

And by some other philosopher to "stop and smell the roses"?

Now we learn from new research that walking slow can be a bad thing — or at least reveal that you might be slouching toward Alzheimer's.

Published in the medical journal Neurology, the study shows that among older people with memory complaints those who walk more slowly are more susceptible to future dementia.

After examining hundreds of patients, Joe Verghese — a neurologist at the Albert Einstein College of Medicine in New York and senior author of the paper — realized that if an older person ambles along at a poky pace, he probably also has some cognitive abnormalities.

Measuring a patient's gait speed with a stopwatch, along with asking a few questions to get a handle on the person's cognitive abilities, can be a useful low-tech test for motoric cognitive risk syndrome, or MCR, Joe says. Certain responses to an MCR test can determine whether someone is in the early stages of the dementia process. Early detection and treatment may help slow or prevent dementia's advance.

Joe says that a slow walking speed is considered to be anything slower than a meter a second, or 2.2 miles per hour. The Neurology report is based on a study of thousands of adults around the world.

Not all dawdlers are destined for dementia, Joe points out. Sometimes people's gaits are slowed down by arthritis or inner ear conditions.

(See what he did there?)

And, he adds, so far there seems to be no correlation between dementia risk and doing other things slowly, such as eating or speaking.

That's beneficial news for aficionados of the Slow Food Movement and for those of us from the American South.