The Bush/Obama Quiz: What's The Difference?

The Bush/Obama Quiz: What's The Difference? 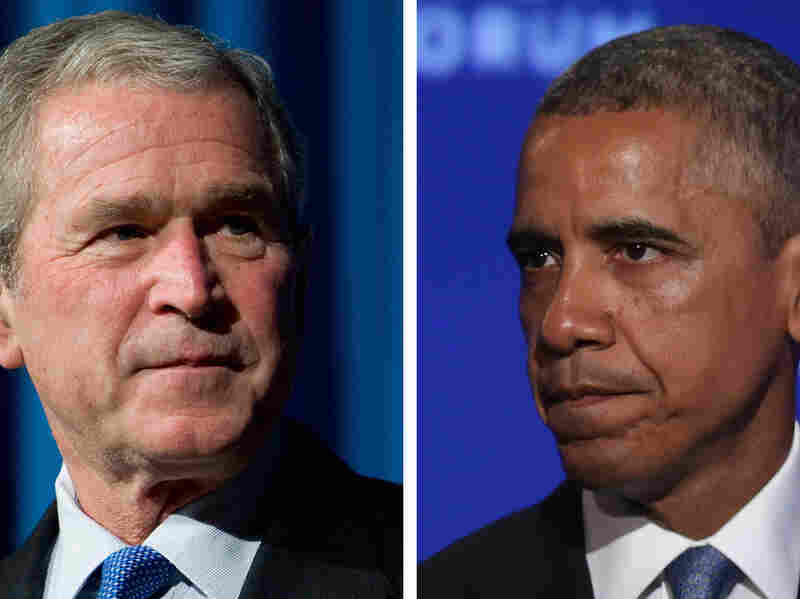 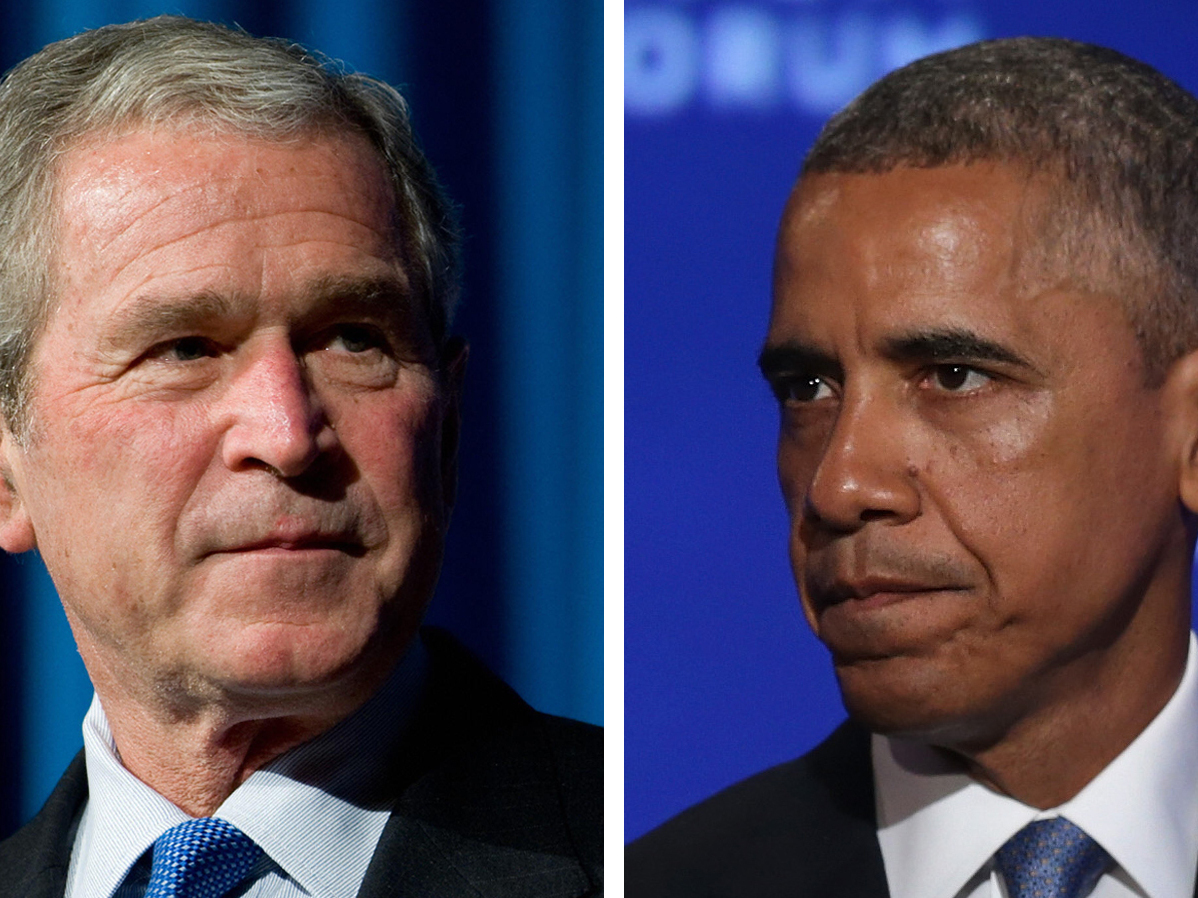 Perhaps this is the sound of history repeating itself.

In the early days of his first term, President Obama was painted as "the anti-Bush" and many of his ideas — for instance his foreign policy and his approach to global terrorism — were considered non-Bushesque initiatives.

Of course, Obama has distanced himself — and his actions and his advisers — from President George W. Bush in many, many ways.

But over the years it has become a little difficult at times to distinguish between the two presidents, especially in certain arenas. Where people once drew bold distinctions between the two men, they now occasionally draw blurry parallels.

After all, says Larry Sabato, director of the Center for Politics at the University of Virginia, "presidents are never fully independent actors; they are hemmed in by Congress, partisanship, federalism, specific circumstances, resources, economic realities, domestic and world opinion, and many other factors. Not surprisingly, over time, presidents end up agreeing more than disagreeing, or at least understanding why other presidents did what they did on a wide range of controversial matters."

To that point, here is the Which President Quiz. See if you can determine the differences between Obama and Bush by figuring out which factoid belongs to which man. (The answers are at the bottom of the story.)

2) ... said we are "a nation of immigrants," but our immigration system needs fixing? Bush or Obama

3) ... sparked protests by not closing the Guantanamo Bay detention facility? Bush or Obama

Stuart Rothenberg at Roll Call has pointed out the eerie similarities between Obama and Bush. So have others, leading to talk of Obushma and Bush 44.

There are reasons that presidents are often like-minded, says Sabato. "We don't call the presidency the most exclusive club in the world for nothing. The current president and his predecessors understand each other better than most others can, having experienced many of the same pressures and been buffeted by similar forces while in the White House. There will always be sharp differences that get the lion's share of attention, but the plane of continuity is broader and enduring."

So, as you may have guessed by now, the answers to all the questions above are actually Bush AND Obama.