Accessibility links
The Wondrous World Of Tom Thumb Weddings : The Protojournalist Young girls and boys take a little trip into the future of matrimony. 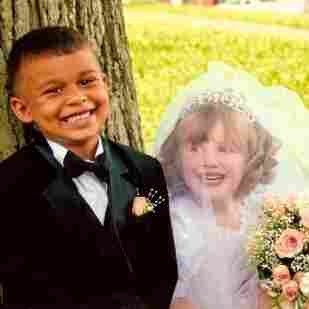 When the "bride" and "groom" walk down the aisle in a Tom Thumb Wedding — as they did just a few weeks ago at the Fellowship Baptist Church on Staten Island in New York — they are:

1) Often not much taller than the backs of the church pews. 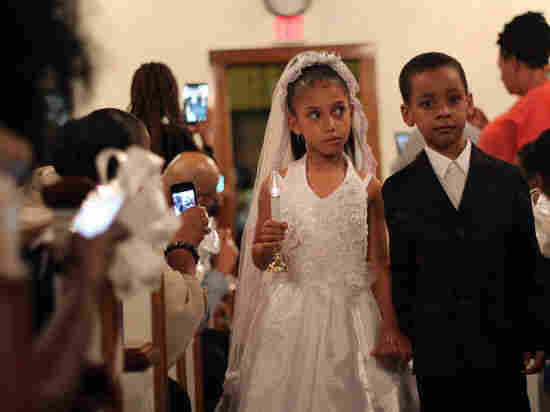 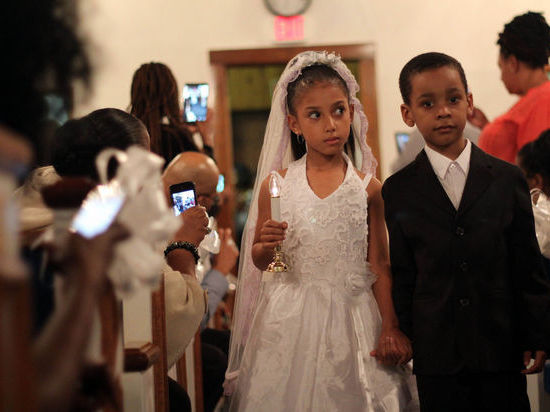 A young couple walks down the aisle in a recent Tom Thumb wedding on Staten Island.

2) Paying homage to a pair of 19th century celebrities.

3) Acting out an American ritual with roots stretching back more than 150 years.

Simply put, a Tom Thumb Wedding — like the Staten Island affair reported by SI Live — is a mock marriage of children. A little boy puts on a tuxedo; a little girl dons a bridal gown. They walk down the aisle together and exchange "vows." The event can be a way to raise money for a good cause, to teach young people about formal fashion and wedding etiquette, or just for celebration's sake.

"As a former doctoral student in Victorian Studies," says Lilliana's mother, Holly Bremerkamp, in St. Louis, "I was familiar with the tradition and came up with the idea. So it wasn't Lilliana's idea, but she was excited about it."

The birthday "bride" and her "groom," Alexander George, were "married" in a local park by Lilliana's grandmother, who performs actual weddings as her profession. Holly bought the dresses from a catalog that proffers fancy First Communion dresses.

"The day was hot," Holly says, "but we had high tea under a big white tent and a real wedding cake, three stories tall."

Pairings Of The Past

The idea of a Tom Thumb Wedding stems from a real event in the real life of a really, ultra-diminutive 19th century actor, Charles Stratton — whose stage name was Gen. Tom Thumb. Under the management of sideshow impresario P.T. Barnum, Stratton became a national celebrity and a wealthy man.

When he married super-tiny Lavinia Warren in New York in 1863, the little couple received wedding presents from wealthy Americans, including a miniature horse-drawn carriage fashioned by Tiffany & Co. Barnum sold tickets to the wedding reception, historical novelist Melanie Benjamin wrote in the Huffington Post. The newlyweds were invited to the White House by President Abraham Lincoln. 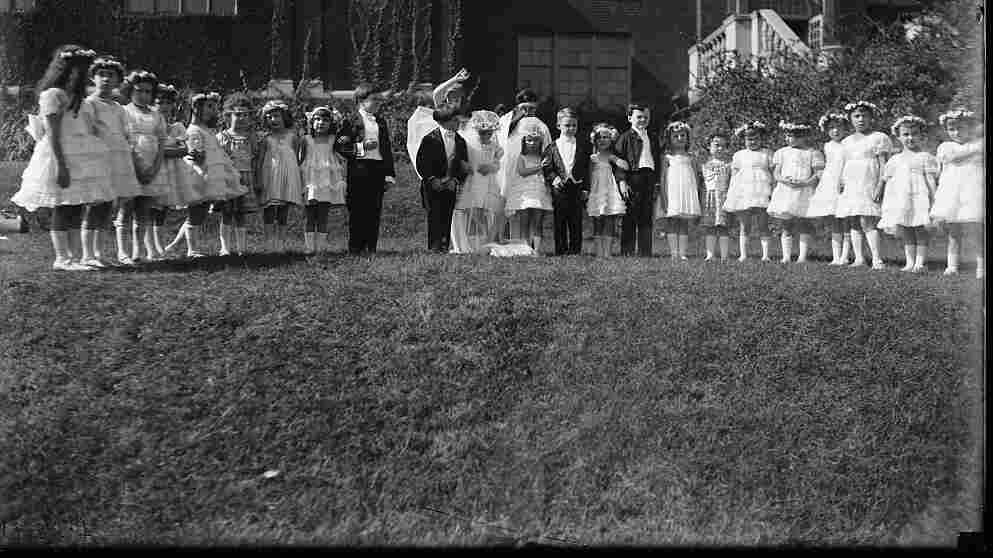 What looks to be a Tom Thumb wedding from a long time ago. Library of Congress hide caption 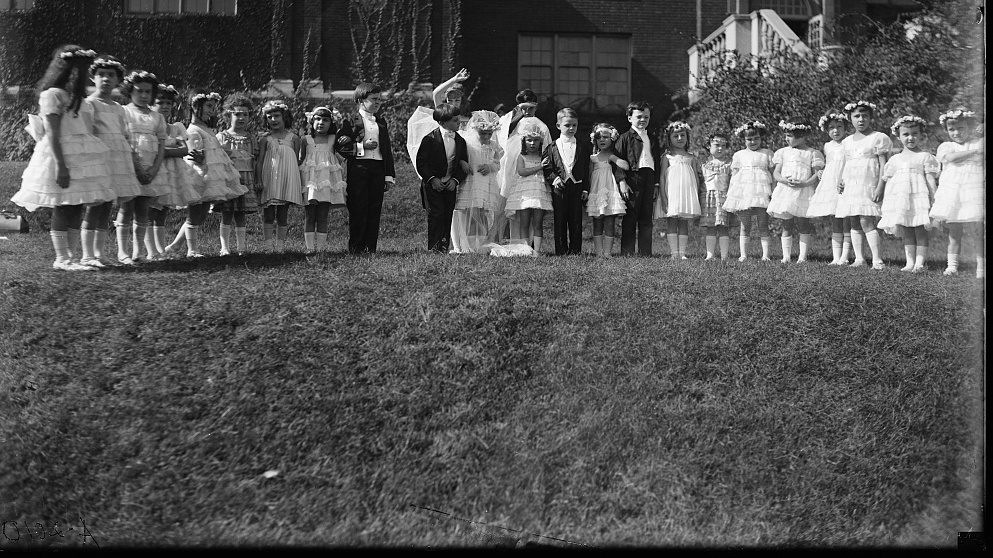 What looks to be a Tom Thumb wedding from a long time ago.

Later in the century, theaters began staging re-enactments of the nuptials. And the tradition continues to this day — across the country. In the past year there were more than a dozen make-believe matrimonial ceremonies in various states, including Indiana, Louisiana, Pennsylvania and South Carolina.

Given the circumstances, sometimes the Tom Thumb wedding planner has to go to extreme measures. "Yes," says Holly Bremerkamp, mother of the "bride." "I did have to pay Alex to 'marry' Lilliana — a $50 Toys R Us gift certificate — for the indignity of participating in such a spectacle."