Accessibility links
Wacky Wrestlers Of Yesteryear : The Protojournalist In America, there's a fine line between gimmicky wrestling and performance art. 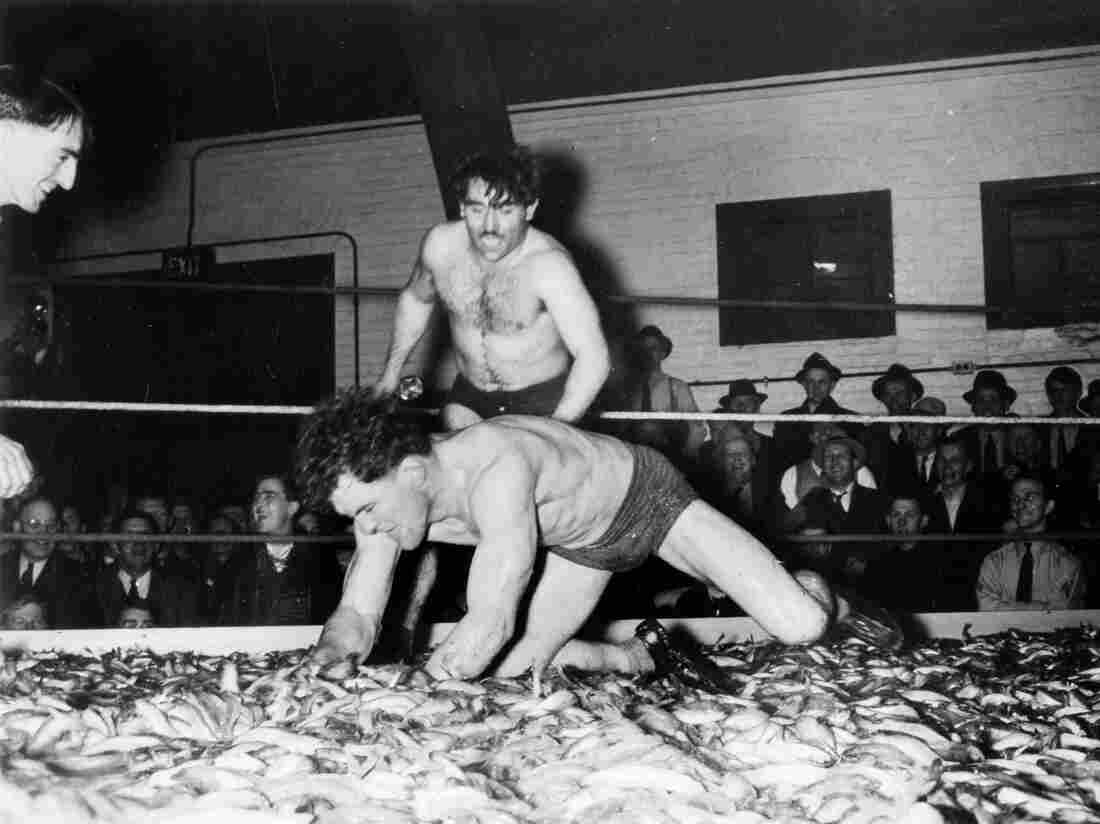 Two men wrestle in a ring full of smelt during the Smelt Carnival in Marinette, Wis., in 1939. Wisconsin Historical Society hide caption 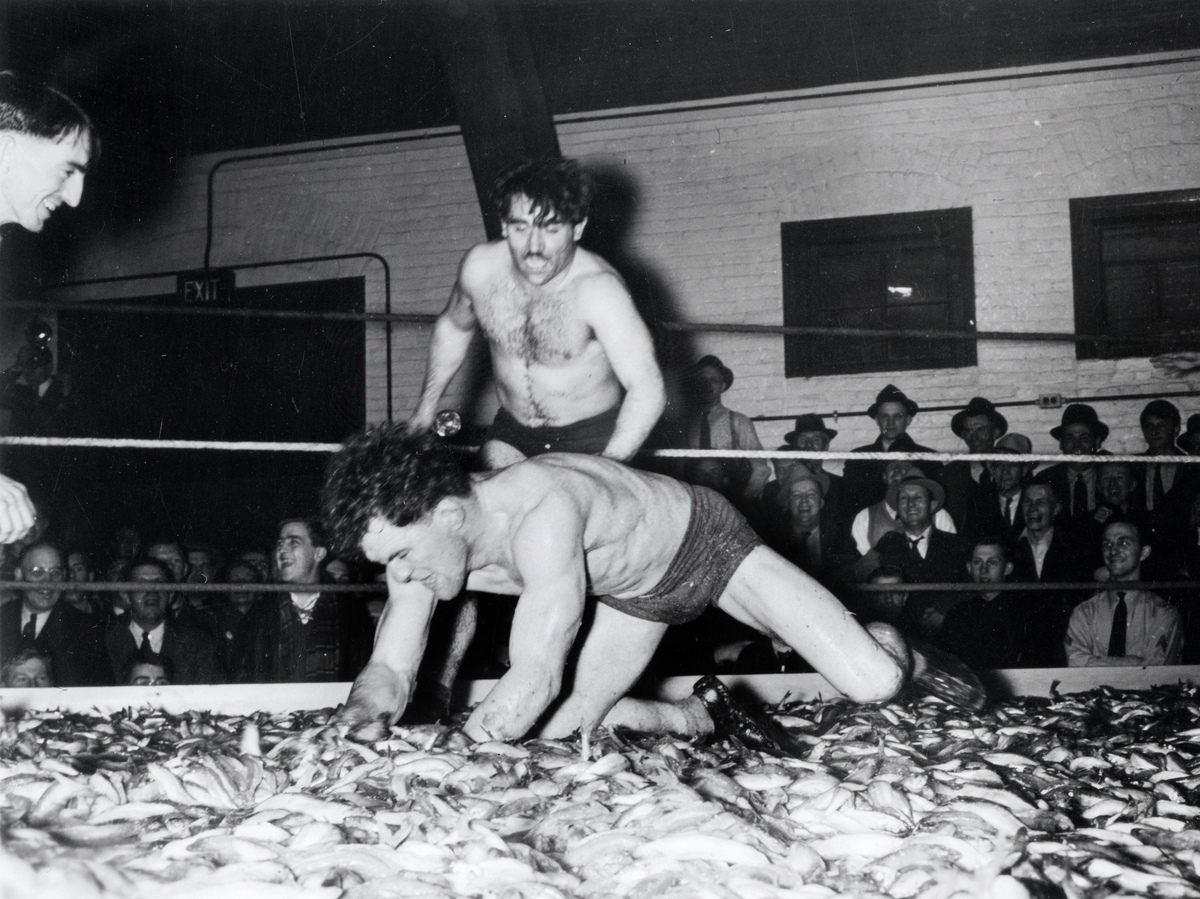 Two men wrestle in a ring full of smelt during the Smelt Carnival in Marinette, Wis., in 1939.

Hoodslam — a popular spectacle that is staged monthly in Oakland, Calif. — is described by the San Francisco Chronicle as "part wrestling show, part carnival act and all comedy."

The foul-mouthed, adult-humored extravaganza is raunchy and rollicking as wrestlers "battle" each other while occasionally wielding strange weapons or tossing powder in faces. This is wrestling meets video game meets heavy metal nightmare.

The event's founder, Sam Khandaghabadi — who appears in the combat ring as the Dark Sheik — tells the newspaper: "We aren't trying to be pro wrestling. We are performance art."

Truth is, a lot of wrestling — professional, semipro and exhibition — in America has been performance art for a long, long time.

Pinning down some of the strange goings-on in American wrestling history can be a bit slippery.

After all, what is real and what is fake — or kayfabe, in wrestling lingo — is often up for grabs. And for body slams. And for chokeholds.

"Gimmicks of some sort have been part of professional wrestling since the late 19th century," says Scott Beekman, a history professor at the University of Rio Grande and author of Ringside: A History of Professional Wrestling in America.

During the Great Depression, impresarios struggled to come up with bigger and better bizarrities to attract paying audiences. "Wrestling promoters turned to novelty matches as part of their attempts to keep the doors open," he says. Which led to matches involving women and diminutive people. "Comedy elements and wrestling in substances developed during that period."

What is it about seeing combatants cavorting about in kooky costumes and messy materials? Whatever it is, Americans have been dazzled by the displays.

A 1967 TV show called Those Crazy Americans featured folks wrestling in a variety of ways — in maple syrup, among tomatoes, covered in molasses and feathers, in a large vat of ice cream, amid a pile of fish, blindfolded and atop several inches of snow.

Rolling around in icy stuff, it seems, was even popular during the Dog Days of summer. In 1938, the Atlanta Constitution reported that a promoter in Atlanta planned to stage a snow-wrestling match between two women — Jean Rogers from California and Bobby DeWitt of Tennessee — in August.

"I suspect someone has wrestled in just about every substance known to man at this point," Scott says.

As for the future, he adds, "matches in substances are probably a dying art, but gimmick matches will always be with us."