Accessibility links
DIY Or Bust For Jazz Musicians, Too : The Record With many jazz musicians joining indie rock and rap musicians to sell their own music -- and their image -- online, it's clear that only through a lot of non-musical work can musicians take control of their careers.﻿

DIY Or Bust For Jazz Musicians, Too

DIY Or Bust For Jazz Musicians, Too 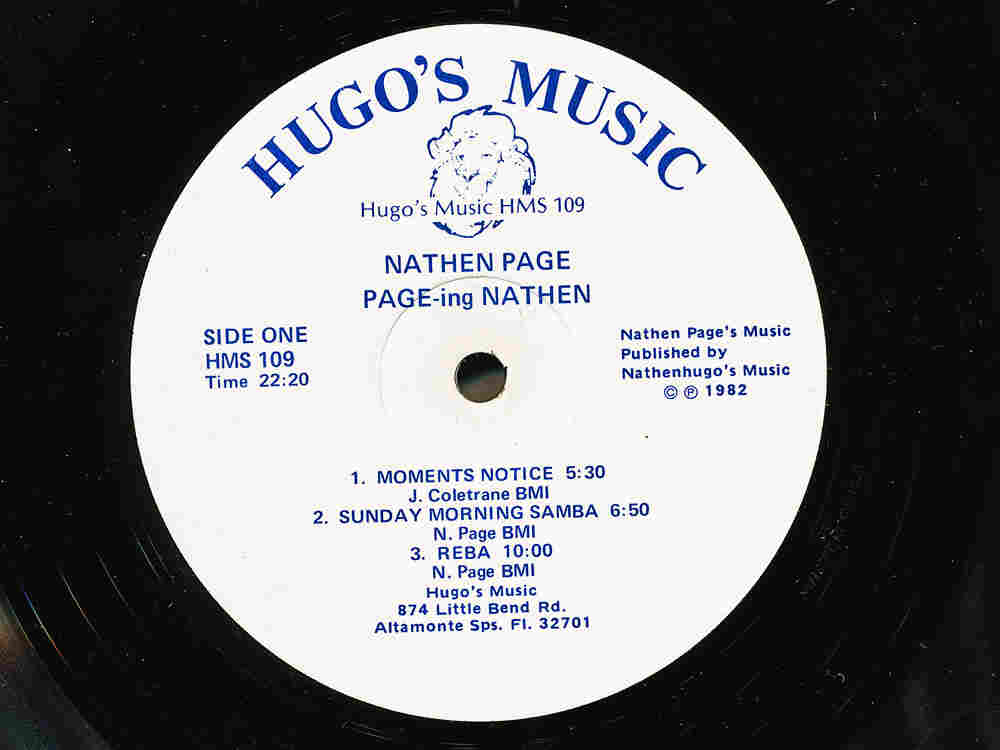 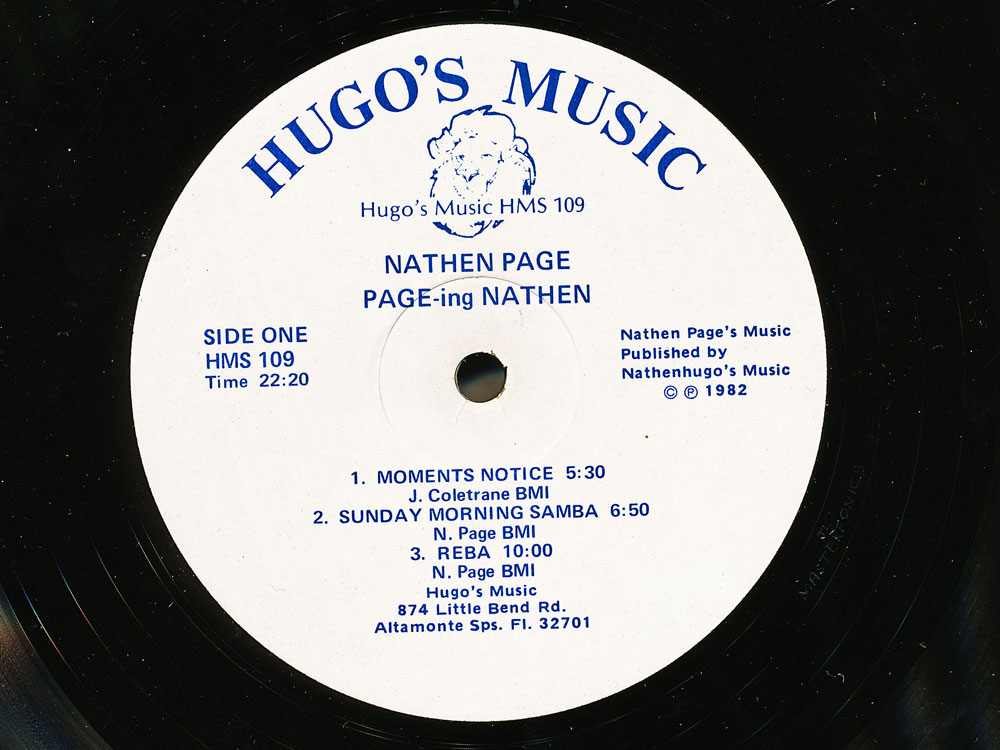 Nathen Page put out his 1983 album PAGE-ing NATHEN on his own record label, Hugo's Music.

Editing and producing a profile of Dave Holland that aired on Weekend Edition this past Saturday made me wonder why a musician of Dave Holland's stature should have to spend time hawking his own wares.

Holland is one of the most profound jazz musicians playing today. The bass player is not just a superb soloist on hundreds of recordings, but a talented composer; a bandleader; and a mentor to young musicians. It seems like he should be able to devote all of his time to these pursuits and not have to sweat maintaining a web site or selling his own records.

It's an almost silly thought in this day and age. After all, Holland joined such giants as 79-year old saxophonist Sonny Rollins in the pursuit of online identity building in the wake of the fragmentation the mainstream music industry.

And this isn't really new. The late Charles Mingus co-founded Debut Records with drummer Max Roach in the early 1950's as a way of controlling the access to and presentation of their work. It's unclear how much time they spent on the business side of things -- Dizzy Gillespie complained that it was years before he saw any royalties from the Debut classic, Jazz at Massey Hall.

Small jazz labels still abound -- some better than others at providing musicians with exposure and distribution. There's also some measure of liberation in taking control of your own career; creating your own space online and interacting with fans directly -- as countless young rock musicians have discovered.

But it can't help, it seems to me, but take time away from the creative process of making music. I guess that's really my point -- not that creating an online space and identity is a good or bad thing -- just that the work that goes into it takes time. I'm reminded of a piece Jacob Ganz did on the band Clap Your Hands Say Yeah:

GANZ: Within a week Insound.com, the go-to online retailer for all things indie rock and the only place that stocked the album, had completely sold out. The fact that nobody could actually get their hands on the record only increased demand. The band pressed 2,000, then 5,000 and eventually 10,000 copies of the CD. Alec Ounsworth found himself doing a whole lot of stapling, addressing envelopes, licking stamps.

Mr. OUNSWORTH: People would write in. People had heard it here and there, and they'd ask for it from different parts of the world. I'd be at home in Philadelphia packaging all the CDs myself, and it was humanly impossible perhaps.

GANZ: To lift the burden of shipping records, the musicians signed a deal with a distribution company. While it means they make a little less on each sale, they retain control over all other aspects of their career, and they're still pulling in about $4 profit on each CD, a lot more than a band on a major label.

And I'm reminded of the experiences of an old friend and a great jazz guitarist who's no longer with us: Nathen Page. Years before the Internet made access to information about music quick and easy, Nathen made the decision to take control of his own career. He'd recorded with Jimmy Smith, Charles Tolliver, and Rene McLean. Many jazz guitarists have tried to play like horn players. He really could.

But he was keenly aware of the limitations of the music industry early on. And he had a strong sense that his music was a part of his life and of the quality he wanted from that life. He was born in West Virginia and lived in the Washington, D.C., area for a number of years. But at some point in the late 1970s, he decided to move to Florida. He wanted a boat and he liked the warmer weather -- something he shared with the great saxophonist Sam Rivers (check out the NPR profile), who also relocated near Orlando.

Nathen would come back to D.C. or go to New York to play and he'd gig around Orlando. Anyone lucky enough to hear him play could order one of the nine albums he produced and recorded himself directly from him. You'd mail him a check; he'd deposit it; then package the LP and later, CD, himself and take it to the post office and mail it to you. I asked him whether that took time away from the music and he acknowledged that it did -- that he'd rather be writing or playing. But he had complete control.

It was a struggle -- he never made a lot of money -- but it was his choice. I don't think he regretted it. He died of cancer at the age of 65 in 2003. You can find some of his music as mp3 downloads online. But his label, Hugo's Music, died with him and as far as I can tell, his albums are out of print.

Becoming a musician is a choice in itself. Those few lucky enough to achieve financial success can devote their time to their music. The rest have to work at being musicians, composers, booking agents, promoters, web producers, fan mail correspondents -- no matter what their age or stature.

Can you imagine Mick Jagger launching his own independent label and tweeting you for support?