Accessibility links
Bun B On How Teaching Religious Studies Will Preserve Hip Hop's Future : The Record The rapper will lecture at a class on hip hop and religion at Rice University in Houston. 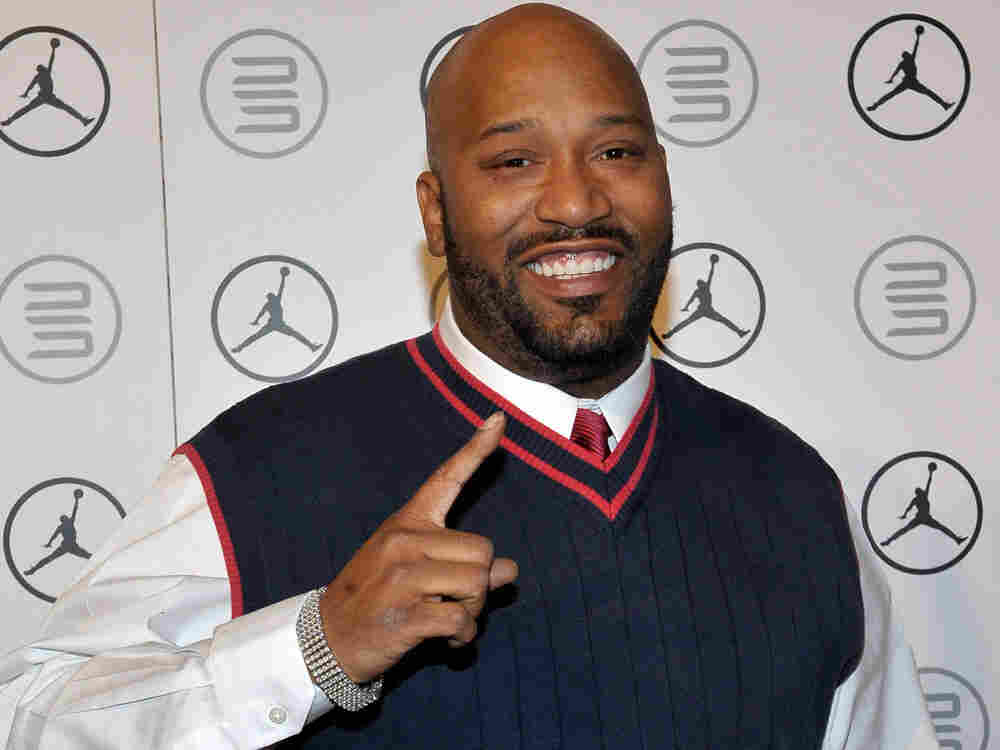 The release this week of Trill OG, the third solo album by Bun B, marks a new phase in the Houston rapper's career. (Listen to the album here.) He's been through the industry's wringer, having been dropped from Jive Records when Pimp C, his partner in the duo UGK, was imprisoned in 2002. Then Bun was devastated when Pimp died shortly after his release from jail in 2007.

Trill OG is the first project completed entirely without Pimp C, but Bun B handles hip hop with an unwavering business mentality. He's now pointing his career in a new direction -- he's teaching. In the spring 2011 semester, Bun B will be a distinguished guest lecturer at Rice University for a class called Religion and Hip Hop Culture In America. The teaching gig was set up through the H.E.R.E project (Houston Enriches Rice Education Project), an on-going mission to improve relations between Rice University and the greater Houston community by offering students research opportunities and different classes. When I spoke with him on the phone from Houston, it was clear that Bun B does not take his role lightly.

How did you first become involved in this?
I was guest lecturer for the hip hop and religion class in fall '09 and I got to talking with Dr. Anthony Pinn, the teacher of the class and head of religious studies at Rice. We found out that we shared a lot of the same ideas and it occurred to us -- well him primarily -- that me being an addition to this course in a teaching aspect could be an opportunity to create something very new and very real in higher education.

How do you feel about taking on this role?
At first I was a little bit hesitant because when you're dealing with a prestigious university [like] Rice you want to make sure your actions don't reflect upon the university. But Dr. Pinn and the H.E.R.E Project were very confident that I could carry it off.

Are you nervous at all?
Absolutely, I would be a fool if I wasn't. I have to be very careful with what I do because this could either open a lot of doors and opportunities for other people or it could shut them down solid. Point blank, period. I know that everybody doesn't want to see this happen, so we just have to be careful not to give anyone any ammunition to shoot this down. But I feel good about it.

What's the course going to include?
We'll be reflecting on the nature and content of hip hop as a religious experience. As well as religious expression. We'll discuss the history of rap music and find the different parallels and correlations between religion and hip hop. People will be surprised at how many instances there are. Just the Five-Percent Nations presence in hip hop alone during the late '80s and early '90s -- we could teach for days just on that. And other different things -- we have Jewish rappers now.

Did you ever consider teaching at any point in your career?
Not at all. I didn't even think [Rice] would ask me to come back and be a speaker at graduation, much less teach a course at one of the finest institutions in the country.

This is a new role for you.
It definitely gives me an opportunity to speak directly into people's lives. In my field of employment, we don't get to do that as often as we like, we try to send the best messages we can through our art. But when you have these up close and personal moments, it's an opportunity to explain yourself -- what you do and what you said and it helps people understand things better. That's all I want to do, I just want to help people.

What do you want people to understand?
People assumed initially that only people who grew up in the hood could understand hip-hop, but we're speaking to real situations and true experiences that people from all walks of life can learn from.

You're bridging gaps with the position, and it makes you a role model. Are you comfortable with that?
It's a little off-putting at first, but once you go ahead and accept it then it's a different situation. I realized that if what I love, which is hip hop, was going to continue then I was going to have to play a hands on role in the development for the future cats.

You seem balance a lot of different tasks with a regimented business plan.
That's a good way to sum it up. We have ideas we have direction. We set up everything we want to do to ease the situation and then we go into it cautiously and determined. Then we come out on the other end looking good.

Who's "we?"
I have a real strong family behind me. My wife keeps me focused all the time and then my team, my management team, my Too Trill staff. I have a lot of people who work very hard to keep me and my business in order.