Accessibility links
Sheet Music Piracy: You Can Get Everything For Free On The Internet : The Record Songwriters don't want their sheet music shared online. But are the laws against it out of date? 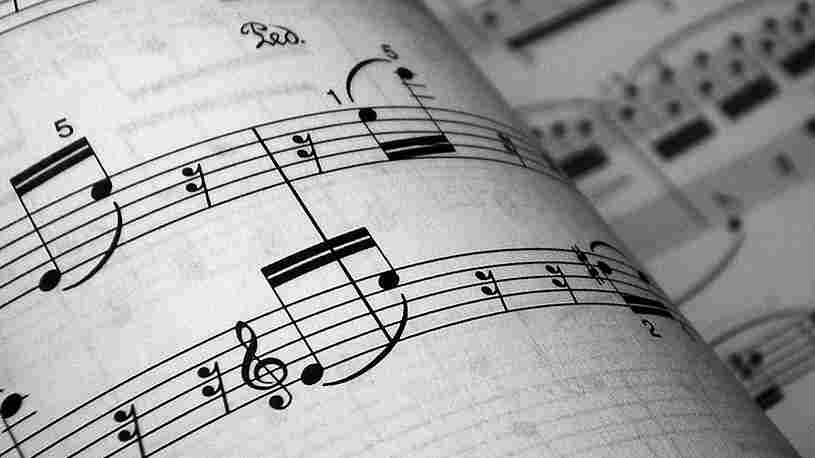 Sheet music costs about $4 per song. But, as with audio or video files, these documents are easy to pass around online. JadeXJustice/flickr hide caption 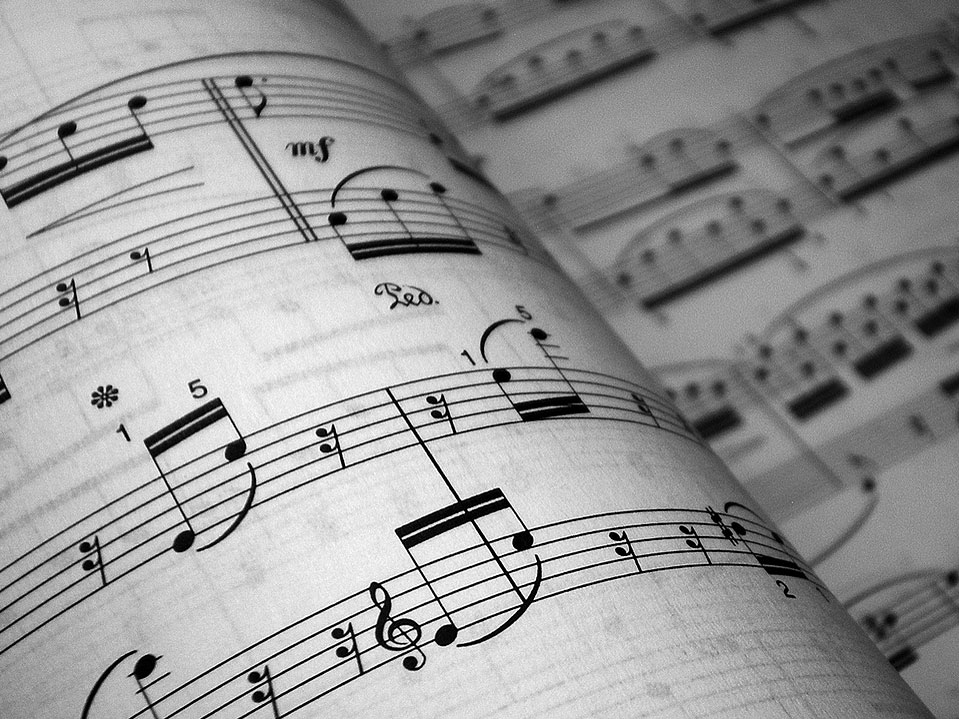 Sheet music costs about $4 per song. But, as with audio or video files, these documents are easy to pass around online.

Digital technology has made it possible for users to share perfect copies of audio and video files over the Internet, skirting copyright laws. And, as Tony Award-winning songwriter Jason Robert Brown discovered recently, even sheet music isn't immune. When he published correspondence about the issue between a teenage fan and himself on his blog, he unleashed what he has called a "firestorm" of responses.

As a theater songwriter, Brown may not be as well-known as Stephen Sondheim or Stephen Schwartz, but his finely crafted songs have been performed on and off Broadway. Brown makes a healthy upper-middle-class living from a variety of sources -- he gets royalties from productions of his shows, and he teaches and performs. And, he estimates, about one-third of his income comes from the sale of sheet music. He says he had heard about websites where sheet music is shared, without any payment, and decided to check one of them out.

So Brown e-mailed some of the website's members to tell them to stop. He wrote to about 400 of them -- all of whom, he says, agreed.

"But then there was one girl who engaged me in a conversation," Brown says. "I didn't know anything about her, other than her name on the website, which was 'Acting Girl,' who was saying, 'You know, I'm allowed to trade my music all I want and you can't stop me.' And so we started a conversation. And that conversation is what's now posted on my blog." 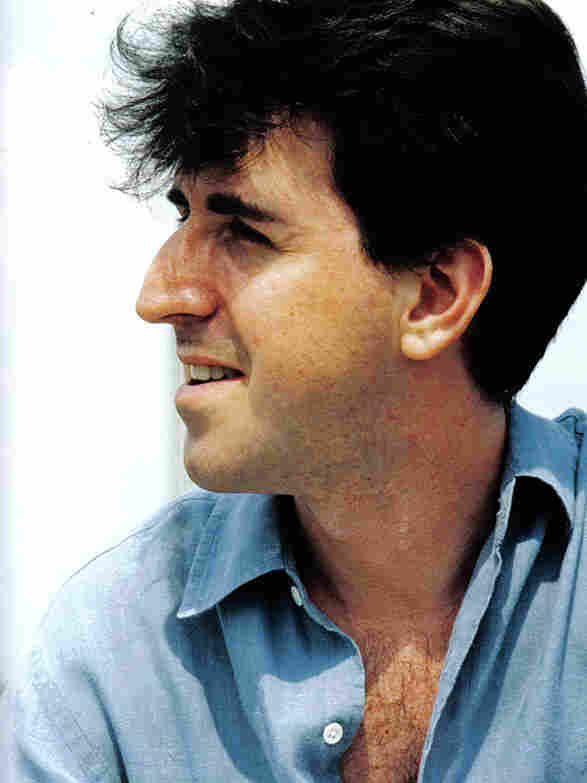 Jason Robert Brown is a Tony Award-winning songwriter who published his email conversation with a teenager about the illegal sharing of sheet music -- his in particular. courtesy of the artist hide caption 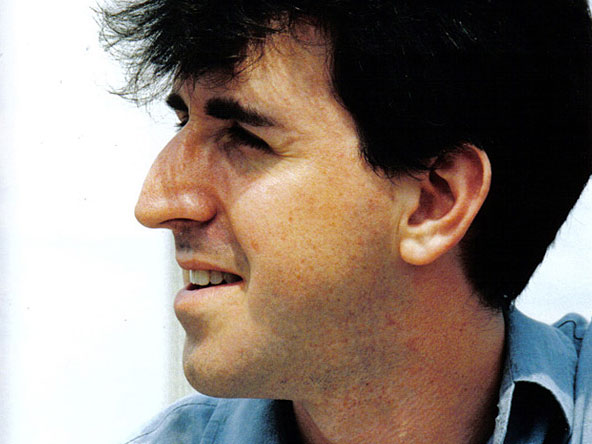 Jason Robert Brown is a Tony Award-winning songwriter who published his email conversation with a teenager about the illegal sharing of sheet music -- his in particular.

You can read Brown's exchange with Eleanor, as posted on his blog, here.

When Brown published the exchange, his website, which normally gets about 500 hits a day, was suddenly overwhelmed with 150,000 hits in a single week.  While many wrote to support him, Brown also caught a lot of flak. That 15-year-old girl touched on some genuine hot-button issues about copyright and digital technology. Brown learned that her real name is Eleanor, and he was not comfortable with putting us in touch with her. But, in one posting, she wrote this:

"Let's say Person A has never heard of 'The Great Jason Robert Brown.' Let's name Person A 'Bill.' Let's say I find the sheet music to 'Stars and the Moon" online, and, since I was able to find that music, I was able to perform that song for a talent show. I slate saying, 'Hi, I'm Eleanor and I will be performing "Stars and the Moon" from Songs for a New World by Jason Robert Brown.' Bill, having never heard of this composer, doesn't know the song or the show. He listens and decides that he really likes the song. Bill goes home that night and downloads the entire Songs for a New World album off iTunes. He also tells his friend Sally about it, and they decide to go and see the show together the next time it comes around. Now, if I hadn't been able to get the sheet music for free, I would have probably done a different song. But, since I was able to get it, how much more money was made? This isn't just a fluke thing. It happens."

It's a position that a lot of rock bands -- among them Nine Inch Nails -- have adopted.

"The argument that Trent Reznor makes is, 'Well, all right, you can all have my music for free -- I'll just do more concerts and sell more T-shirts,' " Brown says. "But musical theater doesn't quite work in that way."

Of course, there are free, legal options for Eleanor -- she could check Brown's music out of the library, for example. Alex Feerst is a fellow at Stanford Law School, specializing in intellectual property and the Internet. He wrote Brown after seeing his exchange with Eleanor on Brown's blog, and allowed Brown to publish his e-mail. He says that, like the recorded music business, the music publishing industry is living in the past.

"The existing copyright law directs a lot of money to the middlemen in this equation," Feerst says. "In the past, that was appropriate, because printing music, distributing music, pressing CDs -- these are expensive, have to be done on a large scale, and they cost money. Now that the costs have really gone down, because of the Internet, those types of costs need to be re-examined. And the best thing that could happen would be to enrich artists, by passing more along to them, and to empower consumers, to have lower prices and choice over how they want to interact with this art."

Brown could publish and distribute his sheet music through his website and pocket all of the $3.99 he charges per song, instead of the $1.50 or so he gets now, by splitting the sale with his publisher. But he says he likes the support he gets from a big music publisher and from ASCAP, the performing rights organization that collects royalties. Songwriter Paul Williams, ASCAP's president, says his organization prefers to negotiate with peer-to-peer websites.

"If we can't deal with them sensibly, in conversation, then we go into the courts," Williams says. "And if the courts don't work, then we have to go to Washington and try to make sure the laws are adjusted."

For his part, Brown says he's more interested in working on his new musical adaptation of Honeymoon in Vegas than in becoming a flag-bearer in the intellectual property wars. He also says he has no hard feelings toward Eleanor.

"I think, to a certain extent, the argument might have sunk in with Eleanor," Brown says. "I think the reason that it might have sunk in is because she was a fan of mine to begin with, and so it mattered to her when I said things like, 'It's very hard for me to continue doing my work if everybody doesn't pay for it.' "