Accessibility links
How It Works: The Art Of Time-Stretching Bieber : The Record Programmer Paul Nasca makes art from algorithm via a track from the teen heartthrob.

How It Works: The Art Of Time-Stretching Bieber

How It Works: The Art Of Time-Stretching Bieber 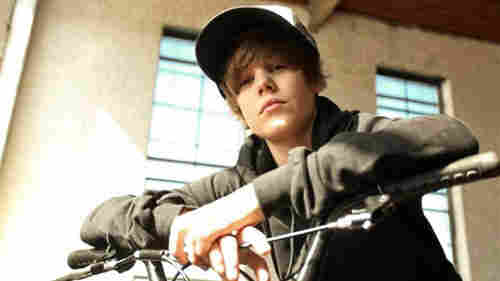 Yesterday, a DJ named Nick Pittsinger (a.k.a. Shamantis) posted a track titled, "U Smile 800 Percent Slower" which is a manipulated version of the Justin Bieber song "U Smile," slowed down from its original 3:17 running time so that it lasts for over 35 minutes. When I heard it, I immediately began playing with the audio to see how he'd made the new version. I ran the recording through Ableton, an audio processing software, sped it up to the original tempo, and found that though it is surely Beiber's song, the audio had been processed before it had been stretched.

Pittsinger says he used a program called PaulStretch to slow the track down. So I tracked down the software's creator, Paul Nasca, to find out how the program works. Here's how he explained it:

"The idea of it is pretty simple. I take a small chunk (usually around 100 milliseconds) of the audio file from the start position, and I smear it: first I analyze a sound’s frequencies, and then randomize a part of the sounds characteristics and rebuild the chunk. I repeat the same process for another chunk of the audio file, and so on."

These "smeared chunks" (those numbered segments in this image), are then placed next to each other to elongate the track.

So instead of simply stretching the entire song, the stretches occur in tiny increments. When they overlap, they create a cohesive body of sound. 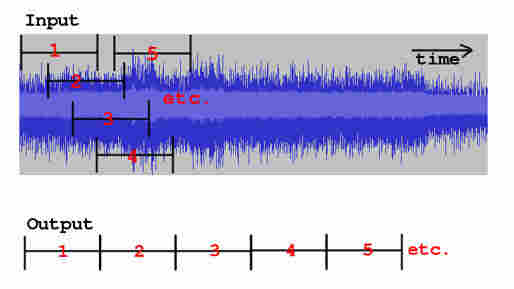 When sped back up, the smearing effect becomes evident. The song now sounds like it's been crushed under a thick fog. Same pitch, but now -- as Stephen Thompson put it on the All Songs Considered blog -- less teen pop sensation, more celestial choirboy.

It seems that this time neither the singer nor the DJ, but instead the programmer, deserves the artist's credit.