Accessibility links
Where Are All The Pretty Boys? : The Record Freddy Mercury-esque flamboyance seems to have been abandoned by male pop stars.﻿

Where Are All The Pretty Boys?

Where Are All The Pretty Boys? 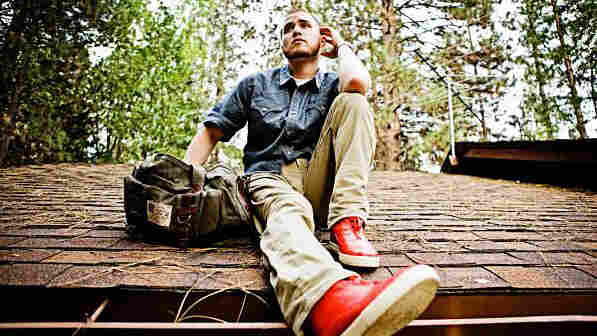 Mike Posner’s at the top of the charts, alongside Rihanna, Katy Perry and Kesha. The women pop stars wear wigs, elaborate costumes and glitter on stage and off. But Posner looks like a regular guy. courtesy of the artist hide caption

Freddie Mercury is the ultimate rock frontman, all glitz and passion and soul and glitter. One of the highlights of Shereen Meraji's piece on Freddie Mercury for NPR's 50 Great Voices series is her interview with American Idol star Adam Lambert.

"There's definitely something missing in today's music, in the scene," Lambert says. "We don't have a lot of men onstage doing flamboyant or theatrical. We have a lot of female pop stars doing it, but where are the guys, you know -- where's that classic rock -- or pop -- showman?"

I recently reported a piece for Morning Edition on female pop stars like Lady Gaga, Beyonce and Nicki Minaj using a drag queen aesthetic to do their job.  I wondered whether women pop stars were exploited or empowered by embodying these over-the-top, sexually provocative personas. It's surely not that awesome that women need to look and act like sex objects in order to have a place in pop, although lately they've been parodying that role to a campy, mesmerizing effect. But what about the men? Are the men just as limited? Do they have to be hyper-masculine sex objectifyers just as aggressively as the women have to be ultra-feminine sex objects?

It's not that all men are pimps and all ladies are hos these days. There's a middle ground that some stars occupy. But I don't see anyone who's challenging those two categories in the way someone like Freddie Mercury did.

Where is the flamboyant male showman in today's pop?  Do you have an answer for Adam Lambert?