Accessibility links
Pop Off: What's Lost When A Recording Sounds Too Perfect : The Record "Bust The Windows Out Your Car" was a hit, but the Glee cover of the song sounds very different. 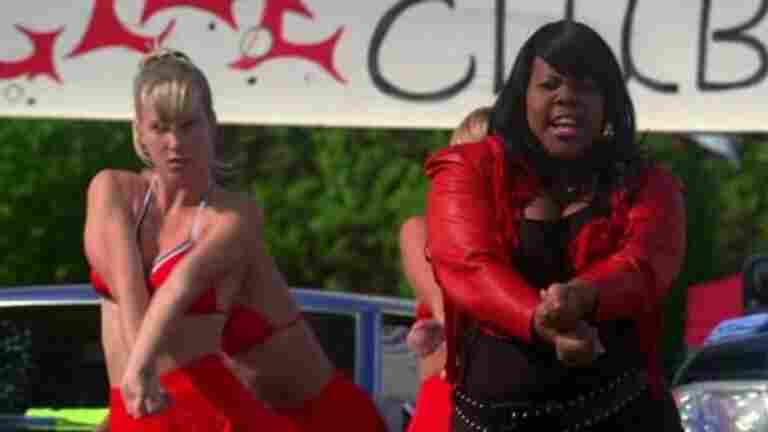 Today on Pop Off we talk about the new single by Jazmine Sullivan, a Philadelphia R&B singer whose new single "Holding You Down (Goin' In Circles)" eschews the technological gloss that so many of today's pop hits have in favor of the grittier, more distortion-filled production techniques used on R&B and hip-hop songs popular 20 years ago. (The Missy Elliott-produced track samples tracks from that era by big names like Slick Rick and Mary J. Blige; Sullivan announced yesterday that she'll be touring with Blige this fall.) As Jay Smooth notes, the "crispy" sound heard in songs from 15-20 years ago (and revisited in Sullivan's track) is the result of technological limitations of the day. 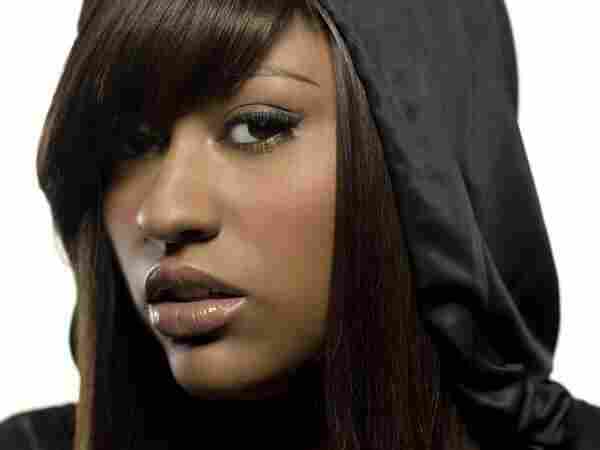 Jazmine Sullivan, who's recording of "Bust Your Windows" sounds grittier, less spit-shined than the version used in Glee. courtesy of the artist hide caption

Sullivan's own body of work has a shining example of how different types of distortion can alter perceptions of the same track. Her second single off her debut album was the fiery revenge anthem "Bust Your Windows," an ode to possession-ruining rage caused by a cheating partner. It was produced by Salaam Remi, who also has production credits on Amy Winehouse's "Tears Dry On Their Own" and Ms. Dynamite's fantastic 2002 album A Little Deeper. "Bust" is a vengeful stomp marked by dramatic string flourishes, with Sullivan's raspy, expressive voice leading the way.

"Bust" gained a bit of notoreity when it was used on an early episode of the Fox hit Glee. The show, which revolves around the dramas faced by people associated with a high school show choir in Ohio, uses popular songs of the day as a way to extend its plotlines (although its cast members feel that those same songs haven't extended their incomes enough).

The version of the song sung by Glee actress Amber Riley (playing the jilted Mercedes Jones) sounds significantly brighter than the original; it's pitched in a higher key and, even though the full versions of the two songs are nearly identical in length, it feels as if it's moving along at a slightly peppier pace than its source material. More importantly, Riley's voice is much smoother than Sullivan's, both in timbre and in the way it's presented technologically. There's one run where I swear I can hear Riley's voice being worked by AutoTune; this shouldn't surprise too much, as the show's reliance on the pitch-correcting software has been the cause of consternation among viewers.

One thing that has fascinated me about the sounds put forth by Glee is the way that its music exists simultaneously within the show's action and removed from it; this could be my overly sensitive ear talking, but the change in sound quality between the lip-synced songs and the dialogue is always noticeable in a jarring way, and it takes me out of the action. (The shift in sound quality is notable at the end of the above clip, when the dialogue -- and the ambient sound provided by the setting -- slips back in.) I'm a fan of musicals, and I don't recall the obvious lip-syncing being that jarring, which makes me wonder if Glee is another example of Jay's point that the software used to perfect music today just does its job too well, wiping out any traces of extraneous sound until all that remains is a dead room.

Pop Off is a conversation between music writer Maura Johnston and Jay Smooth (of Illdoctrine.com) about pop music that occasionally airs on Morning Edition. If you're just joining us, you can hear and read more from Pop Off, including pieces about Justin Bieber, Nicki Minaj, Usher, Eminem, Lady Gaga, Kanye and Katy Perry with Snoop Dogg.