Accessibility links
Icons, Inspirations, Women In Music — And You : The Record MC Lyte has been an inspiration to many, many women. Who inspires you?

Icons, Inspirations, Women In Music — And You

Icons, Inspirations, Women In Music — And You 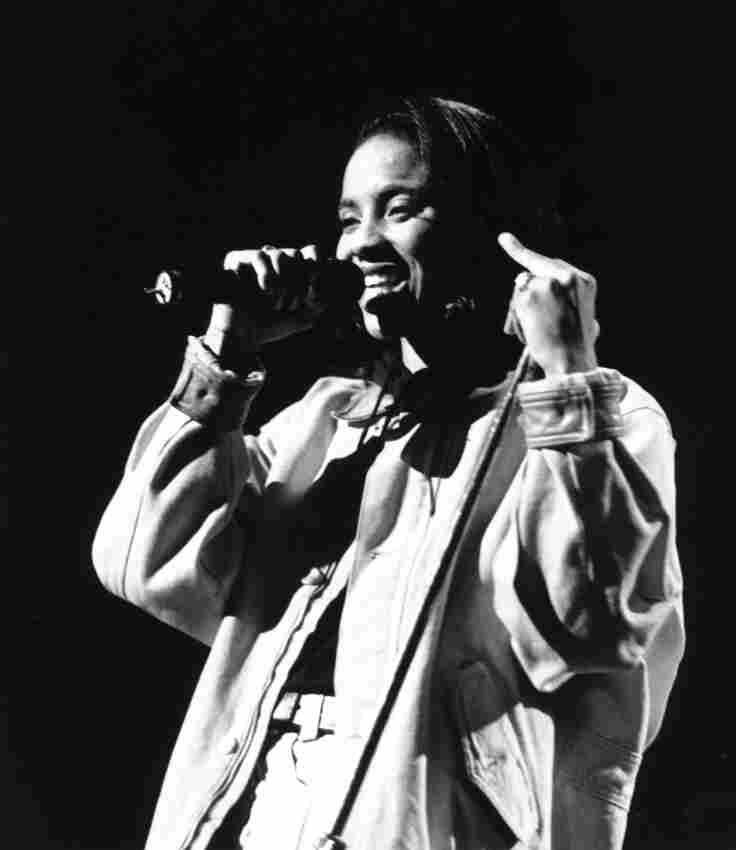 Included among the many interesting responses to NPR's Hey Ladies: Being A Woman Musician Today survey was this point, raised by Piper Kaplan, vocalist and bassist with the band Pearl Harbor:

"Female figureheads in music used to exist. You don't really see that anymore..."

Is this true? Has something changed? More on that later. But the idea of female icons in music came up at NPR this week.

Tell Me More talked with the director of My Mic Sounds Nice, a documentary about women rappers that aired on BET this week. The show's host, Alison Keyes, also spoke with one of the rappers in the film, the legendary MC Lyte.

Booking MC Lyte for the show brought back a lot of memories for Jamila Bey, who is a producer at Tell Me More. She says the rapper inspired her so much that she tried rapping herself — with disastrous results:

"The first time I heard Lyte I was in sixth grade and was certain I would never fit in anywhere. I wrote bad poetry and listened to sad lyrics and I moped and slouched everywhere I went. I turned on the television and heard her proclaim "I'm a slave, I'm a slave, I'm a slave to the rhythm... I am the Lyte!'

Lyte was a girl who dressed like a modern-day gunslinger, monochromatic in ankle-length coats and short hair. She didn't wear a lot of makeup and was definitely not girly! And that voice! It was husky without sounding nicotine-enhanced. It was deep and rich and while obviously female, it wasn't like any girl I'd ever heard! I couldn't get enough of it.

Instead, she wound up at NPR. But Bey's story got us thinking about other musicians who have been role models to young women just beginning to consider a career in music. Many of the women who participated in our Hey Ladies: Being A Woman Musician Today project told us who they look up to as role models — or don't:

Women musicians referenced as role models (for better or worse) — and how often they were cited:

Hey, Miley makes money — if that's one of your criteria for inspiration.

Who do you think of — and why? Some of those cited are older musicians, some are contemporary. We wondered whether the paradigm for inspiration has shifted. When Janis Joplin was fronting Big Brother and the Holding Company, she was one of a very few women providing that kind of role model at a time when even the peace, love, and grooviness dudes were still quite sexist.

In an earlier story from our Hey Ladies series, Los Angeles Times pop music critic Ann Powers made the case for Kelly Clarkson:

"One thing that we've learned since the '90s, or I hope that we've learned, is that empowerment — to use a loaded term — happens in lots of different ways," Powers says. "And we can always question what this version of empowerment means, but I think it's really good to expand your idea of what that can be."

So who inspires you to pick up a mic today? Please let us know — your answers will help us with an upcoming story on this very subject.