Accessibility links
Working 'Way Out' There: The Books And The Advantages Of Isolation : The Record How living in remote locations far from a scene helps The Books make singular music.

Working 'Way Out' There: The Books And The Advantages Of Isolation

Working 'Way Out' There: The Books And The Advantages Of Isolation 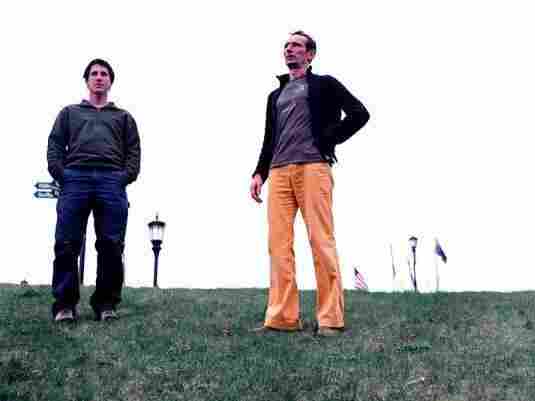 Nick Zammuto (left) and Paul de Jong are the Books. The band's newest album is called The Way Out. Gregory Comollo hide caption

Last Saturday, All Things Considered aired an interview I did with the experimental band the Books, who make music out of found sound that they chop up and rearrange into surprisingly complex and emotional songs. A new album, The Way Out, is the band's fourth, and in the 10 years since they first started collaborating, they've found ways to integrate the way they make music into how they live, and tour.

When I talked to the two band members about their music, the issue of environment kept popping up. I spoke with the pair earlier this summer in New York City, and Paul de Jong told me the pair met and started making music together in the apartment building where they both lived at the far north end of Manhattan.

"I think that created our sound right there," De Jong said in the piece. "The fact that we recorded pretty unassumingly in our apartments with the window open and you hear a crow in the background, and it all becomes part of the music."

A day earlier, I visited de Jong and Zammuto separately at their houses to see how they work now. Turns out they still work unassumingly, in their own space, but now, isolation --  from anything even resembling a scene, from the industry and from each other -- plays a large role in their process.

The band isn't hugely popular -- they've sold just under 20,000 copies of each of their first three albums, according to Nielsen SoundScan, and about half that so far for The Way Out -- but they have their own sound. And their own way of working. The material for new songs is gathered while they're out making money on the old ones: on tour, they collect VHS tapes, cassettes and records from thrift stores and sift through them for sounds that catch their attention. (This is the sort of band that will go into a thrift store and buy the cassettes out of old answering machines, hoping for nothing more than a few good clicks and beeps between the voice messages. Which is to say: the only band of its sort in existence, anywhere.)

While they're writing new material, they also create videos to accompany the songs, mostly made up of eerie or humorous images, some from instructional video tapes, some from medical textbooks that they turn into jarring flipbook-style animations that then play on a screen behind them during live performances.

But for the most part, when it comes to doing the work of creating new songs, de Jong and Zammuto retire to separate locations, far from New York. 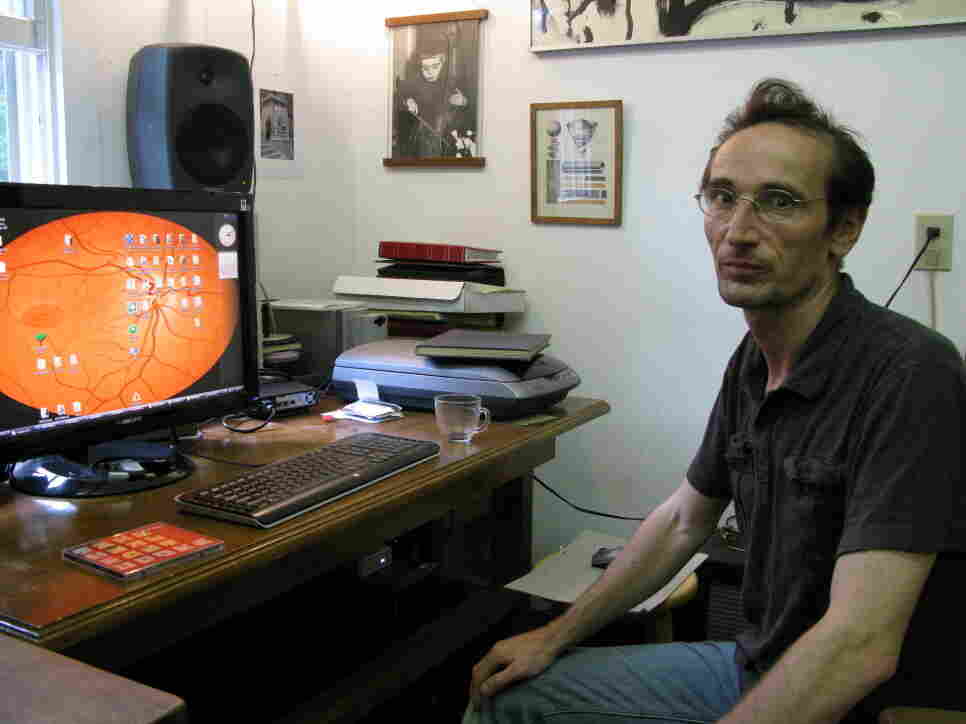 Paul de Jong in his home studio in New Lebanon, New York. The computer on the desk houses an audio library that contains over 35,000 individual named samples cut from source material the band finds while on tour. Jacob Ganz hide caption

De Jong, who is in charge of curating and organizing the sample library that both members call the most important element of the band's sound, lives in upstate New York, at the edge of the Hudson Valley. His studio is a large room at the rear of his house, and it's filled with records and books and musical instruments (he plays cello and bass in the band's live show). He's also got a shed in the back full of boxes of tapes that he hasn't listened to yet. It's hard to imagine how a collection this vast and constantly growing could live in an office, so it makes sense that de Jong would work from home.

Beyond space issues, there's also the matter of digitizing the material they've collected, which is essentially a full-time job over three- to four-month waves, de Jong told me. He listens to tapes as they feed into his hard drive, then cuts away anything that he "never wants to hear again." Often he's left with just 30 seconds of usable audio from a 45 minute side of a cassette, which is then catalogued in two different libraries so it can be found according to what it sounds like, or the source it came from. 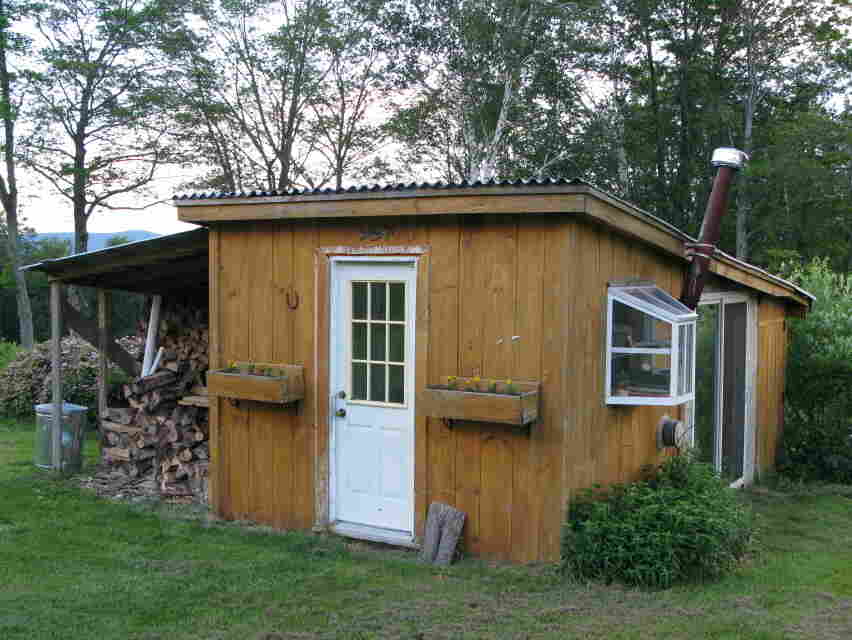 Zammuto, who says he's the composer to de Jong's collector, lives on a hill in the middle of the Vermont woods, and it's easy to get lost trying to find the place; he had to meet me on the main highway before leading me back along a series of dirt roads to his house. It was hot when I visited, but I had no trouble believing Zammuto when he told me that winters could be brutal. He said most visitors to the house call the area "bucolic," but the word bugs him, because it only acknowledges the beauty of the landscape, and not the "back-breaking" labor that goes into living there.

Still, the remote location has its advantages. Zammuto and his wife have two young sons, a lovely vegetable garden, and a mortgage that he admitted was lower than the rent his wife paid for her old apartment in Brooklyn. The acreage also allows the family to spread out -- Zammuto's studio is in an old converted shed behind the house that's been soundproofed -- not to keep his recordings free of outside noise (remember that crow?) but to keep the music he's making in. 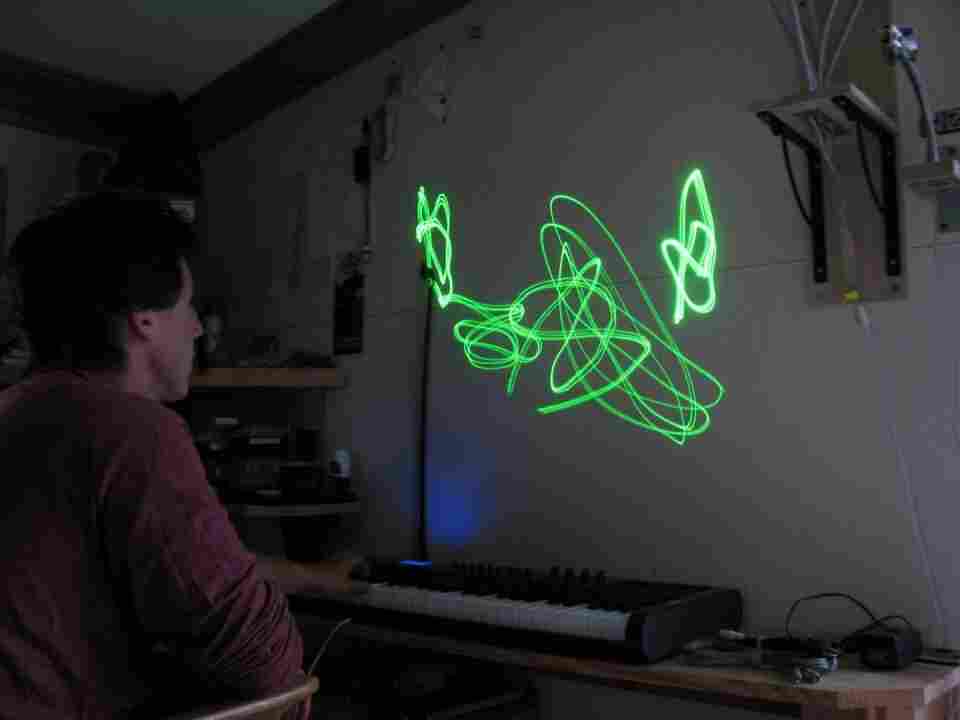 Nick Zammuto, in his studio, displays a laser show the pair may use in their upcoming shows. He made the device by cutting a plastic mirror into segments and attaching it to a speaker connected to his keyboard. When he plays different notes, the speaker bends the mirror segments, and a laser (in the upper right corner) bounces the light back onto the opposite wall in twisting, dancing formations. Jacob Ganz hide caption

He says one great advantage to the arrangement is that if he gets an idea in the middle of the night, he can slip outside and work without disturbing his family. And as the distance from neighbors has made it easier for him to sing at full volume, Zammuto's vocals have become more regular part of the band's sonic palate, along with percussion.

For the piece on ATC, I talked with Pitchfork's Mark Richardson about what makes the Books special. Richardson's review prompted me to pick up the first Books CD, and in a review of their second album, he wrote that the band "remain more or less a genre of one." Though they may have located their sound in that apartment in Manhattan 10 years ago, it's easy to imagine that moving away from a scene has helped the band hold onto that singular vision.