Accessibility links
Who Will Save America's Vanishing Songs? : The Record A new study from the Library of Congress says serious challenges face the preservation of digital music.

Who Will Save America's Vanishing Songs?

Who Will Save America's Vanishing Songs? 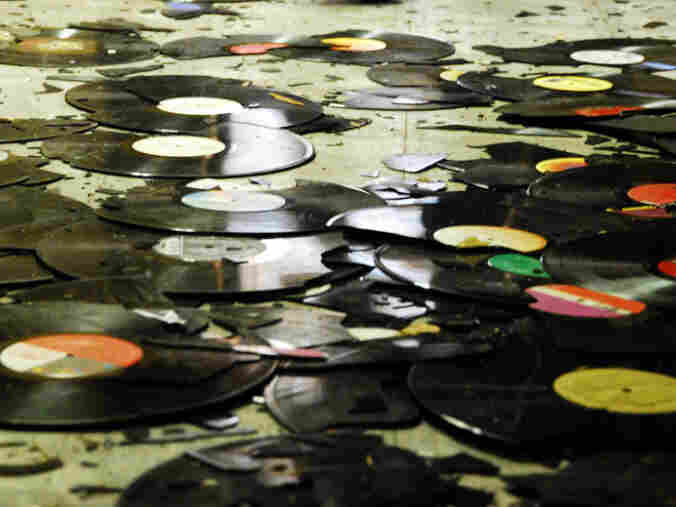 The 1951 recording of "How High the Moon" by Les Paul and Mary Ford -- made on the then-new medium of reel-to-reel tape -- has a better chance of being around and being heard in 2151 than this year's Hope for Haiti Now -- an MP3-only release featuring performances by Stevie Wonder, Bruce Springsteen, and Beyonce, among many others, that's not available for purchase anymore.

That's just one of the troubling points made in a study released today by the Library of Congress' National Recording Preservation Board (NRPB).

The study summary introduces the digital problem this way:

"The 10 years between the enactment of (the National Recording Preservation Act of 2000) and the publication of this study have seen sweeping changes in digital technologies that have democratized the ability of individuals to make recordings and to manipulate sound in digital formats. A succession of new platforms enabling distribution of sound recordings have been introduced."

In other words, anyone can make a recording today pretty much anywhere on a laptop and send it out to the world via the Internet. That's kind of cool -- what's the problem?

It's pretty serious if you're a fan of contemporary music -- or an archivist. As one scholar quoted in the study pointed out, the default for digital information is not to survive unless someone takes conscious action to save it.

Who's going to save all of those digital songs the way record collectors hoarded 78s, LPs and 45s? As the study states, even the creator may not save or maintain his or her digital files. On top of that, most of the files disseminated online are low fidelity MP3s or streaming audio -- not exactly the best formats for archiving. On top of that, it's not currently legal to copy "born-digital content," as it's called, especially for archival use and dissemination (more on copyright later).

While many of the technological advances of the past decade have democratized the production and distribution of music, they pose challenges to archivists -- even CDRs degrade over time. The pace of technological developments in the 20th century may have seemed staggering at the time, but we still have phonographs that can play the earliest surviving Thomas Edison cylinders. Will anyone still have GarageBand in 100 years?

A few more notable excerpts from the report:

But few of these institutions know exactly what they have or what shape they're in.

In other words, the LOC is asking, who is going to continue this work into the future?

But it's uncertain whether they're saving any master recordings that have little or no commercial re-issue value.

"Master recordings are now more often in the possession of the original artists than they used to be. Many of these recordings are at risk because they are not being properly stored."

The digital revolution that's democratized the recording industry poses a threat to the preservation of its creative output.

"From the mid-1920s until well into the 1950s, radio was the nation's major source for entertainment and news, as well as a mirror of the times."

Yet few of these recordings have been preserved.

"Threatened here is more than the loss of sound recordings-it is the loss of an irreplaceable piece of our sociocultural heritage."

The study also posits that copyright law needs to change.

Remember, you have to copy a recording to preserve it. Think of all of those copy-protected recordings that came out in the past decade. On top of that, most U.S. sound recordings are protected by copyright law through 2067 and beyond.

"As reported in the Survey of Reissues of U.S. Recordings, a study commissioned by the NRPB, 'ten percent or less of listed recordings have been made available by rights holders for most periods prior to World War II. For periods before 1920, the percentage approaches zero.'"

Put another way, record labels (the primary rights holders) are making 90% or more of early sound recordings unavailable -- not to libraries and archives and certainly not to the general public online. Is it any wonder there's so much unauthorized file sharing?

Preservation and access are intertwined in the digital age. The expectation today is that we can find virtually any piece of music with the click of a mouse.

Shouldn't we be able to hear it in an audio quality that at least comes close to what its creators intended?
﻿