Accessibility links
Why Records Are 12 Inches Wide : The Record Why are records 7 inches or 12 inches? It might have something to do with what's on them.

You Ask, We Answer: Why Records Are 12 Inches Wide

You Ask, We Answer: Why Records Are 12 Inches Wide 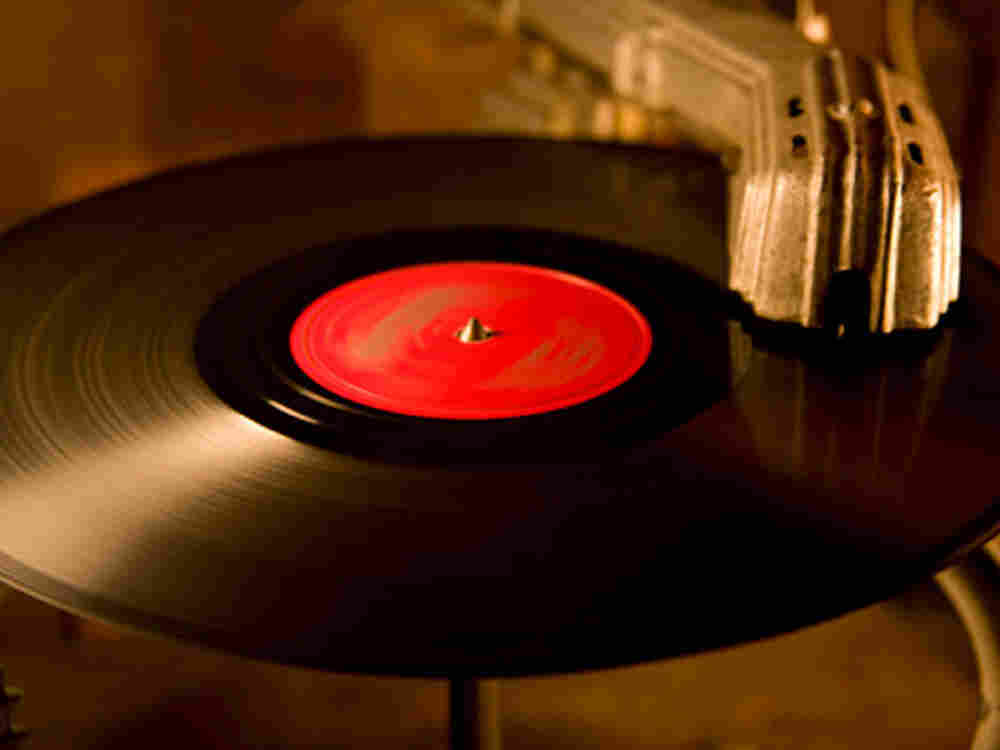 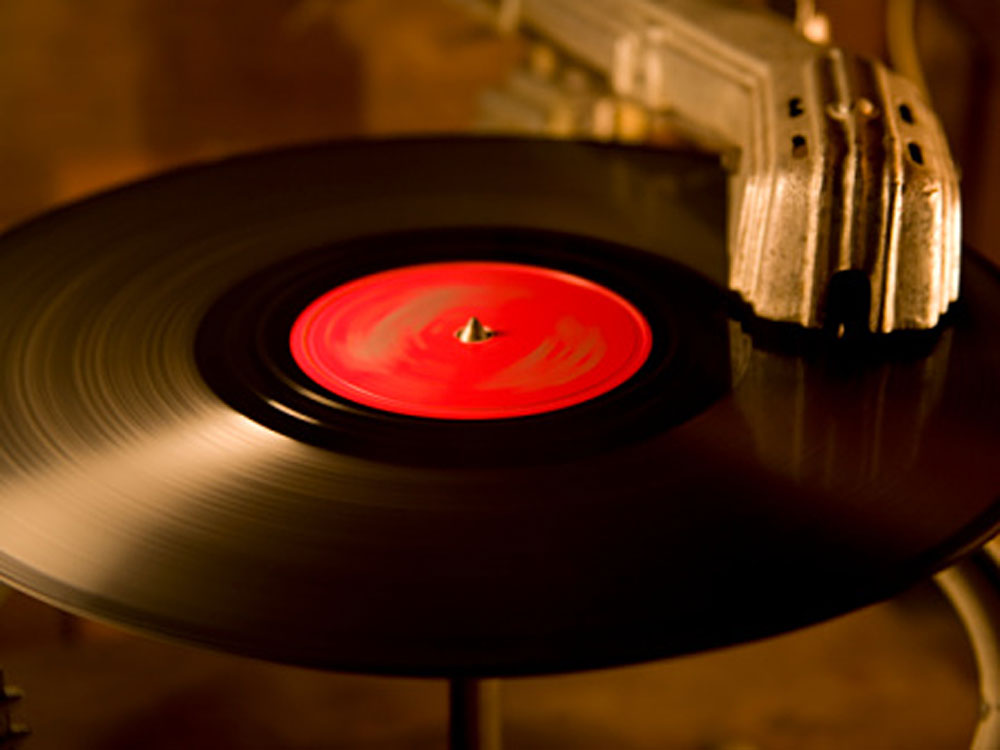 A jukebox disc - can you guess the diameter?

In a post last week we asked you a question: what should we be writing about?

We received a lot of interesting questions via email (therecord@npr.org) and this post is our first attempt to answer them. We'll tackle one at a time -- so if you keep the questions coming, we'll keep trying to answer them.

Our first question: Why are records 12 inches across? Or seven inches?

Jim Dawson, co-author of the book, 45 RPM, says it likely all goes back to Emile Berliner, the father of the phonograph record. Around the same time that Thomas Edison was working on recording and playing back sound on cylinders, Berliner was doing similar experiments with flat discs. According to Dawson:

"Emile Berliner ... played around with several sizes, from 3- to 5-inches, before he settled on the 7-inch acid-etched "plate" in the 1890s. He standardized the speed to around 70 rpm, but since players were hand-cranked in those days, speeds tended to vary. Around 1896 Eldridge R. Johnson, working for Berliner, invented a hand-wound spring motor that allowed for a steady, fairly regular speed. He settled on 78 rpm for optimum quality."

It seems that it's not just about size -- speed matters, too. Just as with reel-to-reel tape, the higher the recording and playback speed, the better a recording sounds. Despite the fact that surviving examples can be pretty scratched up, 78s will kick your ass according to Dawson:

"Record speed improves sound because the needle can get more 'information' per micro-second. Given that the 78 was fast and could accommodate wider grooves (great for bass), it was actually one of the best music carriers; far superior to 45s in that regard. Once you hear 1950s R&B and rock 'n' roll on a 78 jukebox, everything else will sound anemic."

Let's see how speed, size and content all fit together.

Sam Brylawski, former head of the Archive of Recorded Sound at the Library of Congress and currently the editor of the Encyclopedic Discography of Victor Recordings, says some of Emile Berliner's first small discs -- and their players -- were used inside dolls, to give them voices.

Eldridge Johnson left Berliner's company to form his own but, in 1900, they combined their operations and the Victor Talking Machine Company opened its doors. Decades later, it became RCA Victor.

Victor produced mostly 7-inch and 10-inch records and the two co-existed for about a decade. Artists would cut two different versions of a tune: short for the 7-inch and long(er) for the 10-inch. Size became a function of performance: "how much real estate do you need to sing two choruses," as Brylawski puts it.

Victor experimented with 8- and 14-inch discs but the 10-inch record became the dominant format through the mid-1950's. Though 12-inch records were introduced as early as 1902, according to Michael Biel, retired professor of radio and television at Morehead State University. "Most pop songs were the right length for 10-inch, and classical and operatic pieces would be on 10 or 12-inch depending on length," Biel says. "Occasionally jazz pieces were issued on the 12-inch size to allow for longer solos." These are all still 78 rpm.

But a funny thing happened in 1949 -- the 7-inch disc re-emerged. RCA began secretly working on a smaller format in the early 1940s, according to Biel. He says the company tried 6-inch, 40 rpm discs before settling on the iconic 7-inch 45. Columbia Records apparently got wind of RCA's project and introduced its own 7-incher the day before its competitor unveiled the 45. Columbia's played at 33-1/3 rpm and, well, it flopped.

Columbia -- and specifically engineer Peter Carl Goldmark -- is credited with introducing the 33-1/3 rpm 12-inch LP in 1948. It became the most popular format for recorded music for some two decades -- until the compact disc (which, by the way is 120 mm in diameter) took hold in the early 1980s. Entire classical works could be heard without interruption and you could get about six pop songs per LP side.

But back to 7-inch 45s. We do know why they had the 1-1/2-inch "doughnut hole" in the center: it was to accommodate the changer -- revolutionary at the time -- an almost perfect compromise of size, speed, and sound quality, according to Michael Biel:

"Because the first 45 changer in 1949 could change a disc in less that 1-1/2 seconds, RCA really felt it was a superior product than the LP, even for continuous works. LPs might have a slight sound quality advantage at the outer rim but by the time the needle gets towards the center, it was noticeably worse. The sound quality of the 45 remained consistent, and was better than all but the outer-inch of the LP. The quick change on the original changer was barely noticeable in most works and, much like the shuffle mode, allowed for greater variety (than) popular albums where you were not held to (what) the order selections were on the LP."

The innovation and freedom of iPod shuffle? Old news.

So the short answer to the question of why records are the sizes they are seems to be that they're the sizes they need to be for the content they hold: from little doll voices to pop singles to big Mahler symphonies.

Today, of course, it's all teeny tiny ones and zeroes -- some of them on that 120mm optical CD, many of them ... elsewhere. And that's another story.

So keep your questions coming in the comments or by email (therecord@npr.org) and we'll continue to try to answer them.