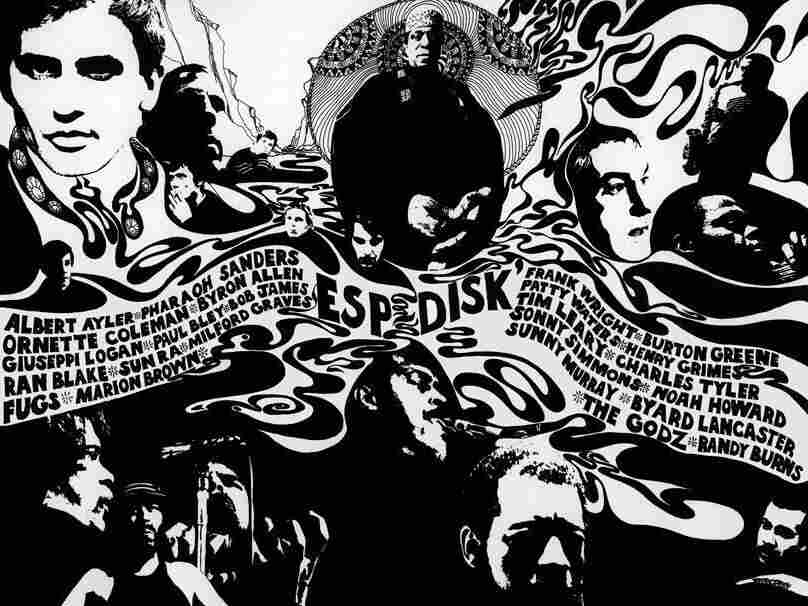 A storied record label with a controversial history, ESP-Disk' is known for putting out some of the most innovative jazz records of the 1960s and today. It's also known for struggling with financial difficulties — including allegations that it has avoided paying royalties to its musicians. Over the past few years, it looked as though the label was finding its footing thanks to the efforts of a new staff, but recently, several of those staffers left the company to found a new label, Northern-Spy.

Launched in the mid-1960s by Bernard Stollman, ESP became famous for its philosophy of offering its musicians complete artistic control over their recordings. But ESP largely shut down operations in 1974, remaining shuttered until earlier this decade. New staff, led by general manager Tom Abbs (a musician himself), helped revive the label with a series of reissues and new releases.

But Abbs left the company earlier this summer, and on Wednesday, announced that he had formed Northern-Spy with three other former ESP staffers. With the future of ESP again in question, we asked Patrick Jarenwattananon, of NPR Music's A Blog Supreme to walk us through the labyrinthine intrigues behind the legendary label and tell us about some of the players.

First, tell us a little more about ESP's history. Also, who is Tom Abbs, and what role did he play in the ESP's revival?

Patrick Jarenwattananon: ESP-Disk' is a small independent record label. It started operations in the mid-1960s, and became known for documenting many early practitioners of free jazz, including Albert Ayler and Sun Ra, as well as such underground rock and folk bands as The Fugs and Pearls Before Swine. The label had a certain counter-cultural cachet, but it eventually shut down. Rafts of reissues — many of them released by foreign companies who had licensed ESP's catalog — sustained and perhaps even bolstered the reputation of ESP. A few years ago, the label's founder, Bernard Stollman, decided to retake control of the label. Tom Abbs was the general manager when ESP-Disk' started signing new artists for the first time in decades, and one of the driving forces behind the label's revival.

What was ESP's business model?

PJ: On one hand, Bernard Stollman gave the musicians contracts that afforded them near-total creative autonomy. "The artists alone decide what you will hear on their ESP-Disk" was the company motto, as printed on the jackets of its LPs. Unfortunately, he didn't have the business sense to match — as he'll admit — and that was a contributing factor to his company's initial demise. (He contends he was bootlegged out of business in the 1960s, which is a plausible but not easily verifiable claim.)

When Tom Abbs got to ESP-Disk in the 2000s, he says he eventually convinced Stollman to expand the company. He began signing new artists and was immersed in the messy parts of record company business: promotion, distribution, licensing, publishing, etc. The label also opened a physical retail outlet in Brooklyn and started a live concert series and even a festival this summer.

Do you have any idea of the kind of deals Northern-Spy is offering artists? How will the label make money?

PJ: I haven't talked to Tom Abbs yet about Northern-Spy's contracts, but I presume they'll be favorable ones for musicians — the staff, including Abbs, are all musicians themselves. Their initial roster of artists tends to be on the creative, experimental side of improvised and popular music.

Abbs' team, when it was at ESP, was paying musicians royalties dating back to the 1960s, so it's versed in that aspect of the business. (That subject of royalties is a contentious one in ESP-Disk's history — a number of artists have not been happy about their dealings with Stollman.)

How will Northern-Spy make money? Good question — I'm hard pressed to answer how any record label start-up isn't just a money pit these days. I have gathered that Bernard Stollman had the benefit of a loan from his parents in the 1960s, and I read that he has used his inheritance after his parents died to help revive the label. I don't know if Northern-Spy has that sort of venture capital.

What effect could the formation of this new label have on ESP?

PJ: I couldn't tell you — I haven't spoken to Stollman since the Northern-Spy announcement. I do know he is losing some key employees in a very small team to begin with, but I know he has others helping out. This story continues to develop — I'm working on a piece for the radio about ESP's history, and we'll have more info in the coming weeks over at A Blog Supreme.