Accessibility links
Women In Jazz: Taking Back All-Female Ensembles : The Record Drummer Terri Lyne Carrington says now is the time to record an album with only women musicians. 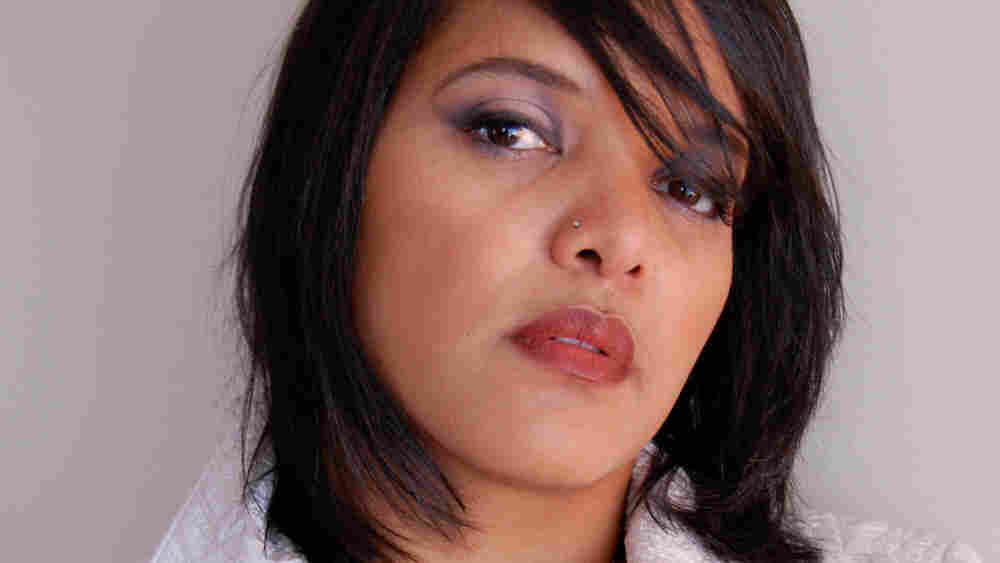 Drummer Terri Lyne Carrington's The Mosaic Project will be released in the U.S. early next year. courtesy of the artist hide caption 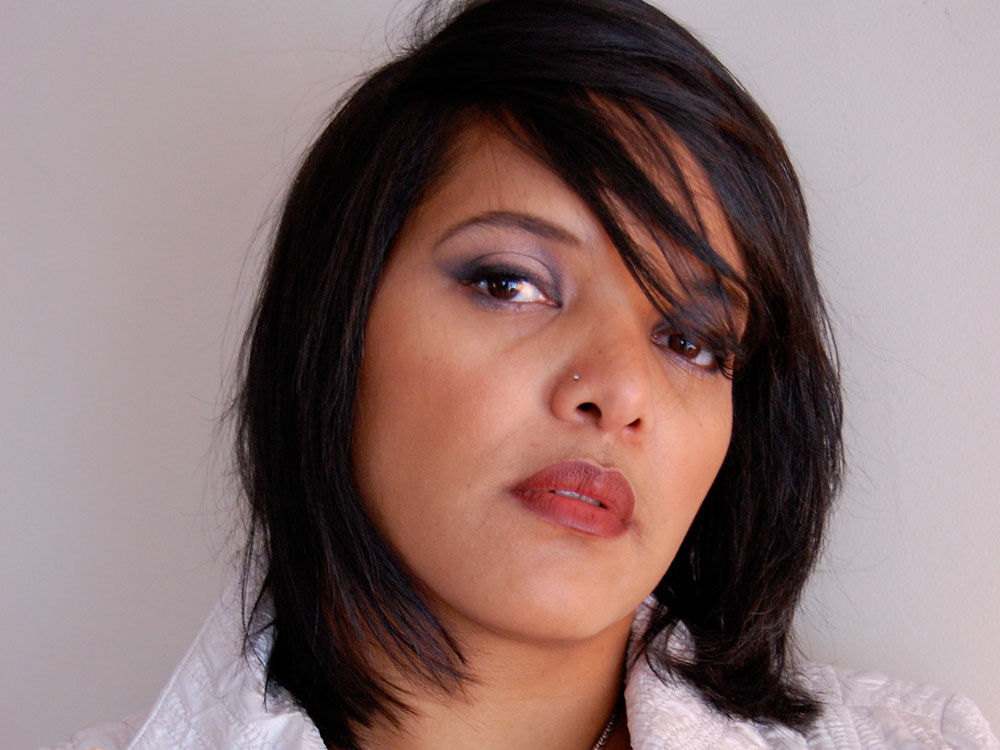 Drummer Terri Lyne Carrington's The Mosaic Project will be released in the U.S. early next year.

Jazz is supposed to have a certain look: Wisps of cigarette smoke rise from small cafe tables while horn players in neat dark suits battle each other on the bandstand. It's the kind of image you see in black-and-white photographs, taken back in the days when you could actually smoke in clubs. You'd be hard pressed to find a woman playing a horn or sitting behind a drum set in those photos.

That was then, and this is now. As part of our Hey Ladies series on being a woman musician today, I spoke with jazz drummer Terri Lyne Carrington and some of the players on her new, all-female recording, titled The Mosaic Project.

You can download the recording above, a track from the upcoming The Mosaic Project, by clicking on the down arrow to the right.

The recording session was in full swing by the time I finally found the place -- an unmarked, two-story brick building in the middle of Brooklyn. Behind the mixing board or from her seat at the drums, Carrington was calling the shots. She's been a professional musician since her teens, and she's a veteran of bands led by Herbie Hancock and Wayne Shorter.

The album she's producing is meant to unite the musical perspectives of its diverse line-up, with Canadian, Israeli, Dutch, Portuguese, Chinese-American and African-American musicians -- all of them women.

An all-female project is not an idea most of them would ordinarily embrace.

Take trumpeter Ingrid Jensen, who played in all-women bands early in her career. "I have to say that when Terri emailed me, I was glad that I was free to do this. Which is very rare. If anyone knows me, they know that I avoid all women groups like the plague, because I've had enough experiences where the weakest links overpower the integrity of the music."

After a long day recording, nine of the players sat down to talk. They said they feel that all-female groups tend to marginalize women musicians. The consensus was that gender shouldn't play any role in the music, as Carrington eagerly pointed out.

"None of us think about being a woman when we play or write songs or do all the other work that has to be done to organize even just a project like this," she says. "If that makes other people attracted to it, that's fine with me, but I think in the end, we're doing what we have to do."

All-female jazz ensembles have a long history, dating back at least as far as vaudeville. The International Sweethearts of Rhythm were perhaps the best known of literally hundreds of all-girl swing bands during WWII. Sarah McLawler, 84, started out as a featured pianist with male bandleader Lucky Millender, but wound up spending much of her career in all-female combos.

"It was a big hit overnight," McLawler says. "People jumpin'. 'Man, they got a girl group down there.' The place was jumping, the place started jumpin'. Guy starts making money. And from then on, the guy always brought in girl groups. He always wanted girl groups in there."

Male club owners booked them as novelty acts. Around 1950, McLawler played opposite singer Dinah Washington in a quintet with guitarist Roxie Lucas, tenor player Margaret Backstrum and drummer Hettie Jones at the Frolic Showbar in Detroit. 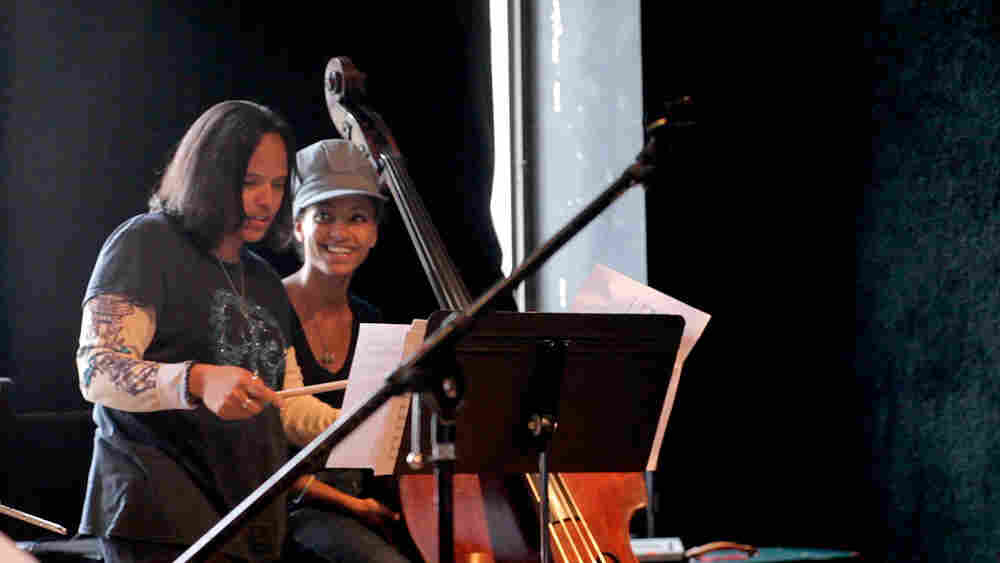 Terri Lyne Carrington and Esperanza Spalding at the recording session for The Mosaic Project.. courtesy of the artists hide caption

"I heard a lot of great, great girl musicians out there that they just didn't recognize," McLawler says. "There was a girl trombone player named Sammy Lee Jett from St. Louis. That was one of the greatest trombone players I ever heard in my life. She never was recognized."

The girl groups were consigned to a separate but not equal space. Right now, there are a handful of all-female big bands performing, a needed opportunity in what remains a heavily male-dominated field. Guys tend to hire other guys, pianist Helen Sung says.

"I don't limit this to guys, but people like to work with people they know and feel comfortable around," she says. "Chances are that a guy is going to feel more comfortable with his buddy. Somebody said to me once, 'Helen, if you want that chair, you're going to have to be twice as good as your male counterpoint.' "

That is, once you get past the assumptions that you can't play, which Carrington says still linger.

"After all of this time I have been playing, people still are surprised," she says. "I am actually shocked when people are surprised that I play drums -- or more surprised when they think I play pretty good."

There are worse stories. Ten years ago, I interviewed musicians for a number of print articles on women in jazz. Off the record, they told tales of a bandleader who conducted job interviews in his apartment, of women being turned down for jobs because there was no one to room with them. One spoke of a popular jam session, where she was told she could sit in if she took off her shirt. Another confided that she was sexually assaulted by a club owner.

Most didn't want to talk about gender at all.

"I would just like to make a suggestion that we shift to talking about music and not about women," Carrington says at one point in our discussion.

So why did Carrington make The Mosaic Project?

"Forever -– since I was 10 years old –- people have tried to put me in all-female situations. I felt that the pool wasn't large enough to choose from, and that I wasn't going to do it just because," she says. "Now the pool is larger, and there are so many women who I really enjoy playing with. It doesn't really matter that they're women, and I thought, 'Now's the time to do what people have been asking for.' "

And take back all-female ensembles from the realm of novelty on her terms.