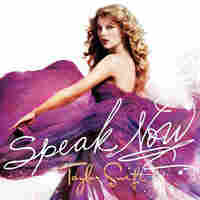 The results are in and, much like Election Night, the winner is as predicted: Taylor Swift's Speak Now broke a million. Swift sold 1,047,000 copies last week. Nobody's been able to sell a million copies in the first week since Lil Wayne's Tha Carter III dropped in June of 2008.

Did you buy Speak Now? Did you buy Tha Carter III? Both? Neither? Tell us — or let us know what new music you're looking forward to.