Accessibility links
Decoding The New Michael Jackson Album Cover Art (We're Almost There) : The Record We found 16 Michaels and images from Moonwalk to Captain EO. We need your help to source the rest. 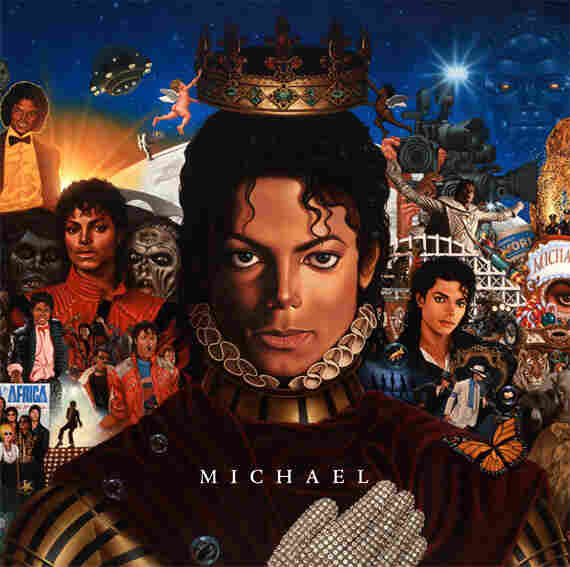 We saw this cover and we almost couldn't help ourselves. At first it seemed weird that the cover of the first new posthumous album of unreleased material by Michael Jackson would be a collage of images taken from his old songs and albums. But then we got caught up in trying to figure out what every little thing on the cover was. Why are there policemen over there? Is that Bob Dylan? What's the deal with the UFO?

As Kanye West might say, it's not an album cover, it's a painting. And it actually is. The image on the cover of Michael is by an artist named Kadir Nelson, and it manages to incorporate an astonishing number of highlights from the golden age of Jackson's career, starting with 1979's Off the Wall and running through Dangerous in 1991.

Take a close look at the cover and join us after the jump for a guided tour of Michael's hall of mysteries. 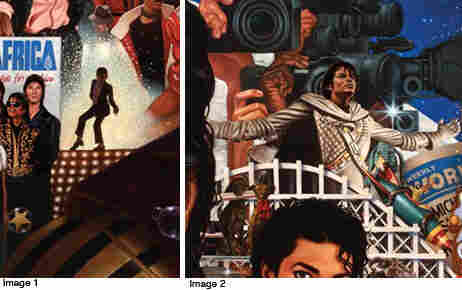 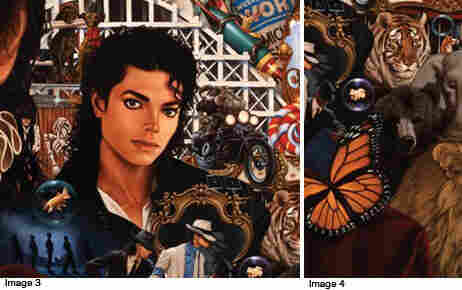 Images from Videos or Songs

From "We Are The World"

From "Leave Me Alone"

From "Remember The Time"

From "Man In The Mirror" 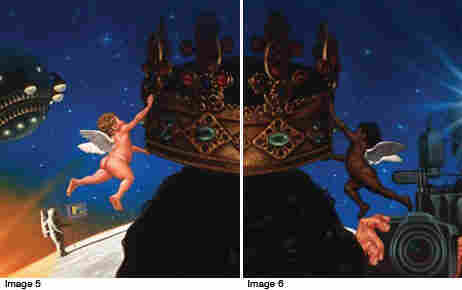 Two Items Which We Could Not Identify At All

We're sure there's more. What did we miss? What's not on the cover that should be?