Accessibility links
You Ask, We Answer: What Exactly Is A 360 Deal? : The Record What is a 360 deal in the music industry and why would an artist give up a share of income? 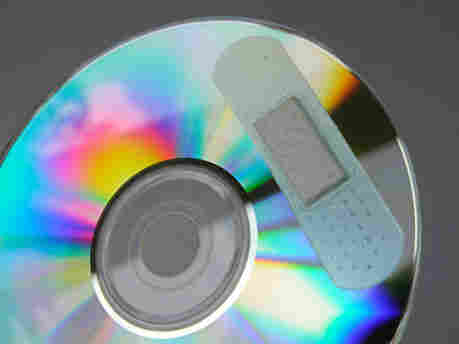 Time again to answer your questions about the music industry. So far we've tackled why physical recordings are the size they are; why songs fade; and what a hook is, among other topics.

Our question today comes from Wes Davenport, who asks:

I would like a story on 360 deals in the music industry. From what I understand, these deals take over duties involving merchandise, concert booking, and other aspects of the business to increase profits and ease the load on the musician ... These deals are controversial among the musicians I've spoken with. Some of them like being freed up to create music. Many, however, see it as a ploy to grab more money from the artist. I can see how this is controversial, particularly since the internet provides outlets to substitute for a label's services.

Wes has the basics, though Danny Goldberg, President of Gold Village Entertainment -- which represents artists -- is quick to say, "a 360 deal is not something that has a precise definition. But in general, what it means is usually a deal with a record company in which the record company also participates in the income of all of the other aspects of the artist's work, such as songwriting and merchandise, in addition to making money off the records."

Hence the term, "360 deal." But even that is a bit of a misnomer, according to Glenn Peoples, Senior Editorial Analyst for Billboard magazine.

The first 360 or multi-rights deals that gained wide attention were not between artists and record labels  but between performers and the giant concert promoter Live Nation. Madonna signed a 360 deal with Live Nation in 2007 that landed the performer a reported $120 million over 10 years and gave Live Nation a share of her touring revenue -- but no money from recorded music. The following year, Jay-Z signed a deal with the concert promoter worth roughly $150 million over ten years.

Peoples describes how these kinds of deals work:

"If Live Nation is your promoter -- and when you have this deal they're the exclusive promoter -- you're gonna be making money on touring and Live Nation as a promoter is gonna take their cut. So in a multi-rights deal that wouldn't change. Once you bring in merchandise, that adds another element to it. And Live Nation wants to add merchandise to it -- that it can sell at its venues and through its websites, and it can leverage the relationships it has with its concert goers and ticket buyers. Originally Live Nation did want to get into recorded music also. And they briefly formed a record label, Live Nation Music, and actually signed Zac Brown Band. They promoted the first single, and then dropped the label and Zac went to Atlantic."

Peoples says Jay-Z's deal with Live Nation was different: it created a joint venture for the performer to run some of his businesses through Roc Nation and Live Nation. "These are superstars," Peoples says, " and these are very different deals than the baby bands are signing with record labels."

A multi-rights deal can include merchandise sold at concerts, band web sites and brick-and-mortar retail outlets as well as revenue from touring, sponsorships and even fan sites -- all of the ancillary revenue streams that an artist generates.

"So merchandise is a bigger part of a record label's pie," Peoples continues, "and as it becomes a bigger part, they're taking revenue from artists. So, it's been called a land grab, which is not totally accurate, but it does I think reflect the impact that a record label has on an artist's career."

As an example, he cites the most recent figures from Warner Music Group. In an earnings statement this month, Warner reported that non-traditional income accounted for 13% of revenue in its most recent quarter and 10% for the full year.

"Non-traditional revenue is the kind of stuff in multi-rights deals," says Peoples: "10% isn't much, but it's a big improvement from nothing -- which is where non-trad revenue was just a few years ago."

Danny Goldberg's Gold Village Entertainment represents 15 artists, including The Hives, Teddy Thompson, School of Seven Bells and Steve Earle. Goldberg says it wouldn't make sense for 14 of them to sign a 360 deal.