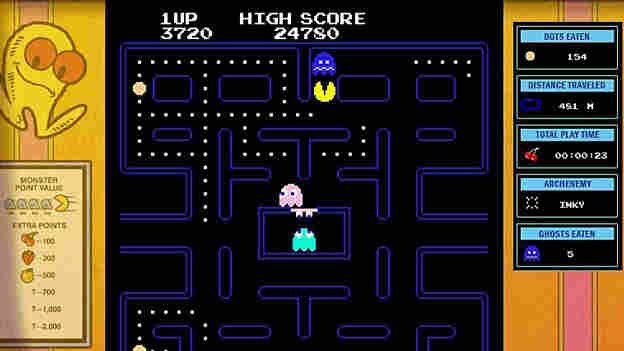 Making music for modern video games is a lot more complex today than it was when Pac-Man ruled the arcades. courtesy of Namco hide caption 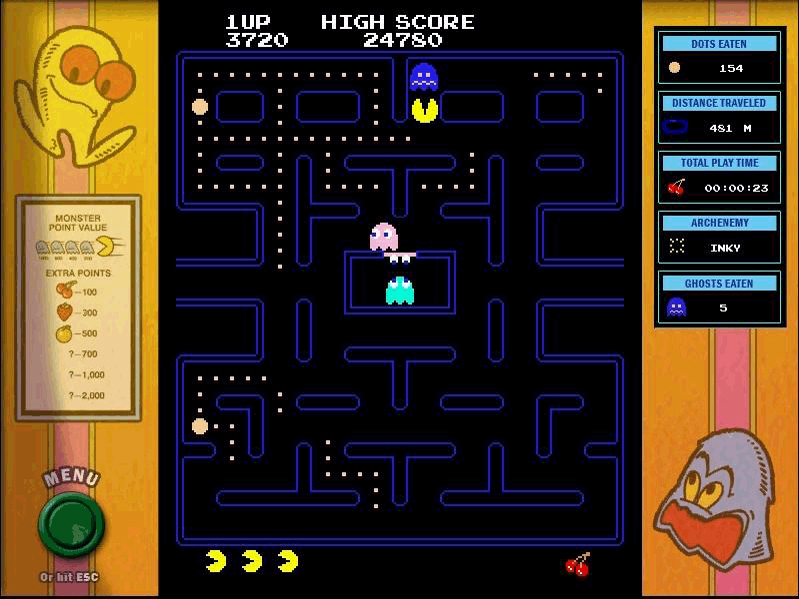 Making music for modern video games is a lot more complex today than it was when Pac-Man ruled the arcades.

The object of Pac-Man was simple: have Pac-Man eat the dots and avoid getting eaten himself. The music of the game wasn't exactly complex either.  But today, the video game's musical score is as essential to its success as the story and the graphics.

Take the soundtrack to a new video game by Disney for example. The game, Epic Mickey, has just been released for the Nintendo Wii. The man who wrote the music, Jim Dooley, has worked on some of the biggest TV and movie projects in the past decade. Dooley told All Things Considered host Guy Raz that video games present interesting challenges to the modern day composer.

"We don't know if you're going to play it in 20 hours, 30 hours or 40 hours," he says. "That's a huge difference. To make that adaptive to the player so they actually do have an emotional experience is what makes it most challenging."

For Epic Mickey, developers wanted the music to adjust with the actions of the game's hero, Mickey Mouse. When Mickey acts in good behavior by following missions and helping people, the music becomes more magical and heroic.

The music shifts when Mickey acts more mischievous and destructive.

"You'll hear a lot of bass clarinets, bassoons, essentially like the wrong notes," Dooley says. "Probably the hardest part of this job is to do dynamic music, which feels natural, as you start playing and it adapts to your game style."

Dooley conducted in-depth research for the game before writing the score. Disney gave him access to its archives, where he found a treasure trove of unpublished recordings, rehearsal charts and full orchestral charts.

"It's hard to appreciate the level of talent involved in all of these scores," Dooley says. "When you get to see it on the page, it's pretty breathtaking."