Accessibility links
You Ask, We Answer: Why Are Online Song Preview Samples So Short? : The Record Those brief, suggestive wisps of a song that try to tease you into buying just got longer.

You Ask, We Answer: Why Are Online Song Preview Samples So Short?

You Ask, We Answer: Why Are Online Song Preview Samples So Short? 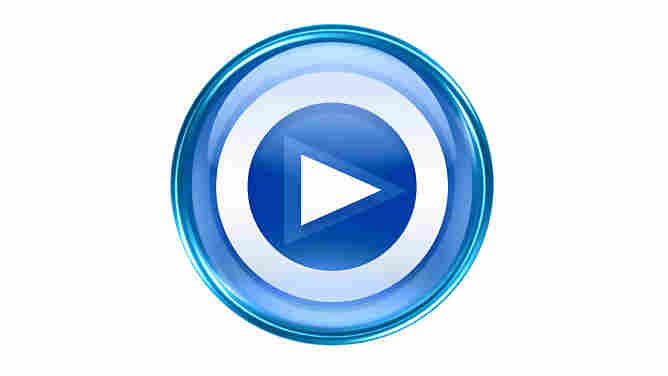 When was the last time you visited an online music retailer looking for a song or a musician a friend recommended? Through trial and error deduced from cryptic notes you locate the object of desire -- where an unassuming circle or rectangle invites you to "Listen." Your trembling hand clicks and the first promising notes tinkle from your crappy speakers. Then, after a rush of expectation, it's suddenly over.

Why are song samples so short?

That's one of the first questions we posed when we launched this series. The time is right to try to answer it.

We weren't the only ones asking this question, it seems.

Last September, Apple's Steve Jobs was all set to announce that iTunes was going to increase its song samples from 30 to 90 seconds for songs longer than 2 minutes, 30 seconds. But Mr. Jobs apparently didn't realize he couldn't unilaterally make the decision.

"That's absolutely true," says Antony Bruno, executive director of content and programming for digital and mobile at Billboard. "Who told him, I don't know if it was someone from his office or otherwise, but they hadn't consulted with the publishers yet on that and it was brought to his attention ... that he couldn't do that without causing a problem.  And that's what delayed it a little bit until more recently."

Until last week, to be exact. On Thursday, Apple -- in uncharacteristically quiet fashion -- lengthened its iTunes preview samples to 90 seconds for songs longer than the aforementioned 2 minutes, 30 seconds.

The relative silence from Apple is a bit puzzling. You'd think the company that touts its every fart and tickle would want to trumpet this new feature of iTunes for the world to hear. But a call to iTunes with the seemingly simple question "Who determines which part of a song is sampled?" yielded protestations of "off the record" and ultimately "no comment" in an after-hours voicemail from an iTunes spokesperson. More on that later.

It seems that preview sample length, like just about everything else in the music business, is determined by contracts -- in this case, between the retailer and music publishers, the organizations that represent songwriters. And the song sample contract is based in U.S. copyright law, says David Israelite, president and CEO of the National Music Publishers Association (NMPA), the trade association that represents songwriters and music publishers in Washington and in court.

"The 30-second length that's in the law was something we had negotiated with the trade association that represents the digital companies, called DiMA -- the Digital Media Association," says Israelite. "And 30 [seconds] was the norm before this new effort by Apple. 30 was enough time to give the listener enough time to know if this was a song they would wanna own. But you don't want it to be so long that the service becomes a radio-style service where there's no need to buy the actual track."

To be clear, that agreement between DiMA and the NMPA over streaming song excerpts covered commercial online retailers. A separate agreement was worked out for non-commercial web-sites.

There, in a nutshell, is the reason song samples are so short -- they want to give you enough to tease you, but not so much that your musical desires are satisfied, and you leave your online rendezvous sated without dropping some coin.

That would be the end of it were it not for phrases that kept coming up in the discussion of copyright that piqued our interest. Specifically: "performance royalty" and "mechanical license."

First some basics, as explained by Israelite. There are two different copyrights in music. "One created by a songwriter and represented by a music publisher. That's the song itself. And then, when an artist makes a recording of that song, that recording has a separate copyright," says Israelite, whose NMPA has some 2700 members ranging from the music publishing arms of the majors -- Universal, Sony, Warner, and EMI -- to the smallest independent publishers.

Think of it this way:

To give you the opportunity to "Listen," iTunes had to make a copy of a song. Even though it's a digital copy, it's still a "mechanical reproduction" under the law. So Apple had to negotiate the mechanical rights with publishers to extend song samples from :30 to :90. But it also had to address the performance rights.

Try to hang in, there will be a test at the end.

Whenever you hear a song in public -- in a grocery store or elevator; on the radio or jukebox; or during a concert, the songwriter and publisher get paid for the "performance" of their song. As an example, let's say you rent a car for a weekend drive -- you pay for an enjoyable experience but it's fleeting. When a store or bar or radio station plays a songwriter's work for you to enjoy (or not), it pays to use it. And you've probably heard the names of the folks who collect dough for the songwriters and publishers: ASCAP (the American Society of Composers, Authors and Publishers), BMI (Broadcast Music, Inc.), and SESAC (the Society of European Stage Authors and Composers).

So, following the logic of this tutorial, you might see by now how both the mechanical and performance rights had to be addressed before Steve Jobs could confidently announce the lengthening of iTunes song samples.

"What these samples implicate really," says Israelite, "are both (rights), because you're making a copy of a shortened version of the song, but you're also playing it publicly when a listener clicks on it on a website and listens to the song. So the exercise that an Apple has to go through is they have to make sure they have the mechanical permission and the performance permission."

Where Apple leadeth, other retailers follow. Ninety-second song preview samples will likely become the norm for most songs sold online. But the question remains, who decides what part of a song to sample?

It's not always the beginning, as Ben Blackwell of Third Man Records points out. "I'm the one at Third Man who's responsible for uploading our content to iTunes," Blackwell says. "While going through the upload process, there is a field (where) you can fill-in the time at which you'd like the sample to begin. In the past I had trouble getting these times to register, so I've recently just ignored it, assuming the default setting would be to start from the beginning of the song, which to me is fine. But I began to notice that songs I left with no sample start time were NOT starting at the beginning. They were starting at points in the songs that may or may not have been completely random."

Is this why the iTunes spokesperson was so sketchy in his voicemail? Has the company gotten complaints about random song samples? In its defense, iTunes deals with a massive amount of music and it might make sense that its system would grab any :30 or :90 just to get a track up for sale quickly.

Blackwell, for one, doesn't seem to care: "I don't really think a randomly selected portion of the song being the 'preview' snippet is a bad thing." Nor does he think longer preview samples will increase sales.

Neither does Billboard's Antony Bruno, who tipped readers off about the iTunes proposal back in August.

"In my opinion," Bruno says, "if you go to iTunes, you're going there to buy a song that you already know that you want to buy and the purpose of the preview is to ensure that you're buying the right song. I don't think you're going to iTunes to discover music at all. And moving to 90-second samples may not really have that much of a difference one way or another ... savvy digital music consumers are able to go elsewhere to listen to the full songs and then just go to iTunes to buy them."

How is the money from that sale divvied up? That's a story for another post.