Accessibility links
Why The Wait For Rock's Newest Hall Of Famers? : The Record The Hall's class of 2011 also includes Dr. John, Darlene Love and Alice Cooper. 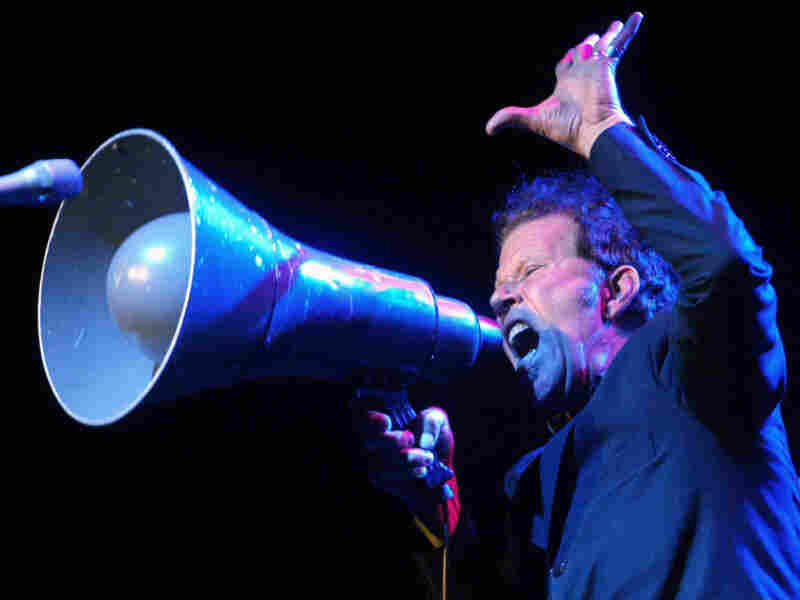 Tom Waits onstage in 2004, six years into his eligibility for induction into the Rock and Roll Hall of Fame. Michael Kappeler/Getty Images hide caption 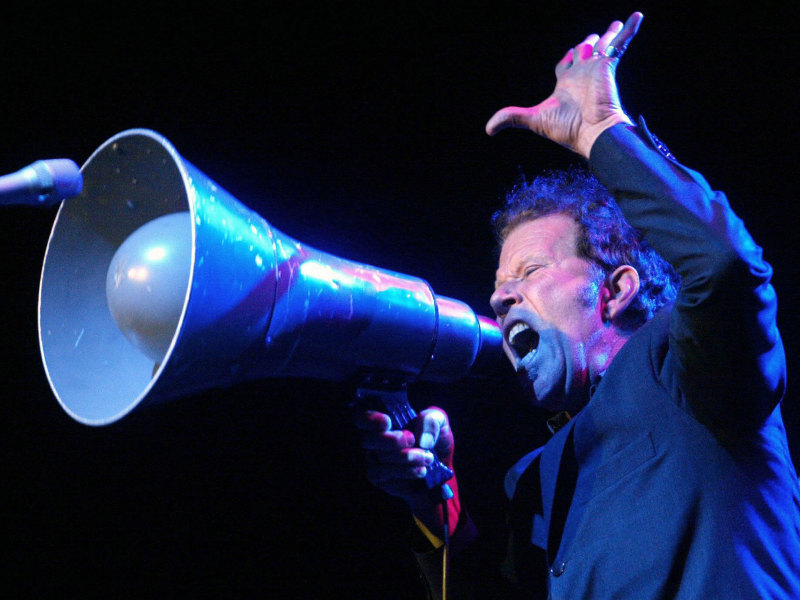 Tom Waits onstage in 2004, six years into his eligibility for induction into the Rock and Roll Hall of Fame.

At first glance, the performers named Wednesday as the next inductees to the Rock and Roll Hall of Fame -- Alice Cooper Band, Tom Waits, Neil Diamond, Darlene Love and Dr. John -- are solid selections. But they're hardly no-brainers.

One thing they've got in common: each has waited more than a dozen years for the voters at the R&RHoF to deem them worthy of induction in March 2011.

The criteria for selection is simple. "Artists become eligible for induction 25 years after the release of their first record," says the hall's website. At that time, they can be nominated by "a committee of rock and roll historians" and then confirmed by the Hall's 500 member "international voting body."

The class of 2011 doesn't include the kind of rock giants or pioneers that make it in on their first ballot, but looking over this group -- the gender-bending hard rock group, the gravel-voiced troubadour, the king of drunken-sing-alongs, the lady who sings "Christmas (Baby Please Come Home)" on Letterman every year, or the musical ambassador of New Orleans -- one wonders, why did they have to wait quite so long?

First release: Pretties for You, released in 1969.
Why the wait? Blame the 16 year gap between eligibility and admission on the fact that figurehead, lead singer and eventual solo act Cooper's descent into horror movie schlock sometimes made it hard to tell which contemporary (all three were born in 1948) he admired more: Ozzy Osbourne (in the hall) or Andrew Lloyd Webber (not in the hall).
Why they made it: Still-great singles ("Eighteen," "School's Out" and "No More Mr. Nice Guy") and influence: Cooper's hybrid of the rumbling menace of early metal and glam-derived presentation was designed to appeal to teens and provided a template for the hair metal that ran rampant through the ‘80s.

First release: Diamond released the single "At Night" in 1963. It flopped. Before he returned to performing, he spent years writing hits for other groups, most famously The Monkees.
Why the wait? Best guess? Diamond, who was inducted into the Songwriters Hall of Fame in 1984, languished in the desert of the uninducted for 22 years because he's never been able to shake off the cheeseball mantle.
Why he made it: "Sweet Caroline"

First release: The 1973 album Closing Time.
Why the wait? Never warm or welcoming, Waits is the quintessential "I know I should listen to that guy but I haven't gotten around to it yet" star, an iconoclastic, somewhat intimidating performer with few hits who tends to be discovered by music fans moving past the obvious bright lights of classic rock into darker territory.
Why he made it: He's versatile but always one of a kind. Waits songs can suggest gruff Dylanesque poetics or skirt country or lounge stylings without turning into pastiche.

First release: The 1968 album Gris-Gris.
Why the wait? He's the voice of New Orleans, a city whose output is a jumble of so many sounds that it can seem to outsiders like a museum of music rather than a scene. Dr. John has long come off as the curator of that museum. He's the guy who welcomes new visitors and introduces them to music they might not hear anywhere else, but his name is never mentioned without being attached to the city.
Why he made it: I sincerely hope the voters weren't waiting for Dr. John to appear on the soundtrack to a Disney movie, but you can't put it past them.

First release: Love, born Darlene Wright, recorded songs like "No Other Love" with girl group the Blossoms starting in 1957.
Why the wait? Love's break came when she sang the (uncredited) lead vocal on the 1962 hit "He's a Rebel" by the Crystals, which was produced by Phil Spector. Love eventually had her own hits too. Listen to "(Today I Met) The Boy I'm Gonna Marry" and try to imagine being that boy -- you have no say in the matter. Maybe the HoF liked the symmetry of making her wait to be inducted?
Why she made it: You're gonna hear that voice forever.

One last thing: here are the official nominees who weren't named on enough of those ballots this year.

Leaving Chic and Donna Summer out in the cold is going to piss off the pro-disco poptimist critics who agitate for the inclusion of landmark artists regardless of genre. But the omission of the Beastie Boys might be the best proof of the Hall's voters apparent desire to penalize artists for past transgressions against "greatness" before conceding the inevitable.

The 1985 single "She's On It" and the rest of Licensed to Ill might still be the band's best known album, but the juvenile charms of that early work don't meet hall standards. Figure the Beasties have to wait until the 25th anniversary of 1989's sample masterpiece Paul's Boutique to get credit for the "contributions to the development and perpetuation of rock and roll" the Hall demands.