Accessibility links
Teena Marie, Trailblazing Singer Known As The Ivory Queen Of Soul, Has Died : The Record She had hits in many genres, but Marie remains best known as one of Motown's first white singers. 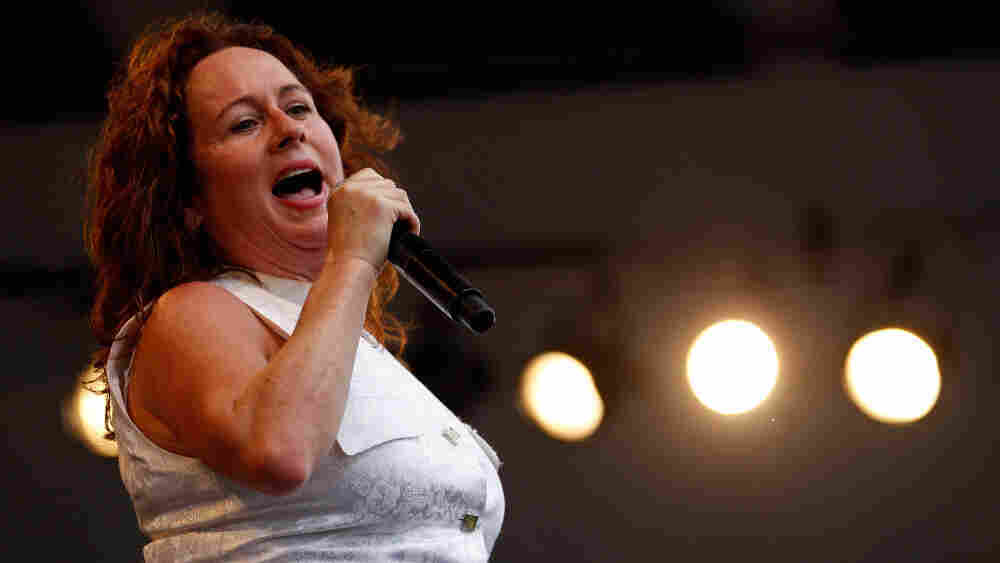 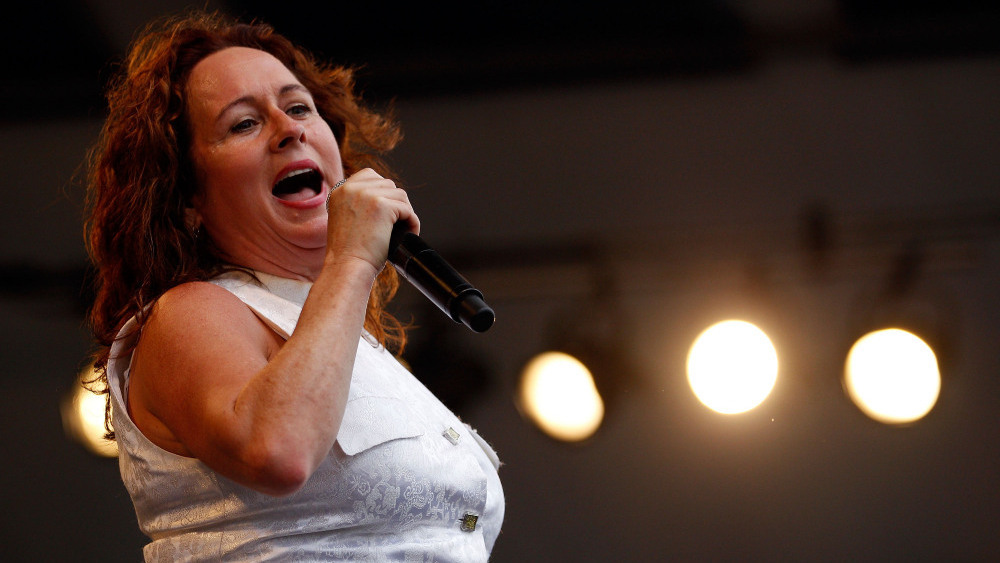 Teena Marie performs at the New Orleans Jazz & Heritage Festival in May 2010.

Lady T. Vanilla Child. The Ivory Queen of Soul. Mary Christine Brockert earned all kinds of nicknames over the course of her career. The one most people knew was Teena Marie.

Marie died yesterday at home in Pasadena, at the age of 54. A white woman whose exceptional voice made her a success in the traditionally black genres of soul, R&B and funk, her career began on Motown in the late 1970s. The cover of her 1979 debut album, Wild and Peaceful, didn't feature her photo; Marie later said that Motown chief Berry Gordy wanted people to listen to her voice without getting distracted by the color of her skin.

"She sings with a very robust chest voice but she also has what we call a coloratura range. And that is, she can sing -- I tested it out -- she's singing high Cs, high C sharps. And she moves effortlessly through the range of her voice; she has a signature and very fluid melisma -- singing lots of notes on one syllable. And although her voice had a naturally wide vibrato, there was a sense that she was very much in control of it."

Rick James was one of many fans of Marie's voice. The two were romantically involved for years, and made songs like "Fire and Desire" and "I'm a Sucker for Your Love" together.

Marie had an acrimonious split with Motown; she filed a suit against the company that led to a law preventing record labels from keeping a musician on contract but refusing to release records. Ramsay says that Marie came into an industry that was in transition, and sometimes hesitant to embrace unconventional artists.

"You had some of the smaller labels being bought by larger corporations, and at that time they began to exercise a lot more artistic control over these artists in terms of what kind of music they wanted them to put out and what kind of image they wanted them to have. So she kind of stood out as an anomaly because first of all she was a white woman singing very soulful songs throughout all of the genres. She was participating in R&B ballads. She sang over funk songs. She did pop songs. Her "Ooh La La La" song is an early smooth jazz type of song. So she was really quite ambitious in her stylings, but at the same time she had to fight record labels in order to get the full range of her musicality out there."

Marie continued recording for labels like Epic and Cash Money; she recorded hits like "Ooh La La La," "Fix It" and "Lovergirl" in the '80s. Her final album, Congo Square, was released in 2009 on Stax.

"She was a person who personified the idea that culture is learned. And for whatever reason, she was raised in a situation where she was exposed to soul music, R&B music, and she embraced it as her own. She believed that if it moved her, she could be part of it."