Accessibility links
2010 Was A Very Bad Year For Trying To Sell Music : The Record Bad news for the music industry: a new report says music fans bought fewer albums than ever in 2010.

2010 Was A Very Bad Year For Trying To Sell Music

2010 Was A Very Bad Year For Trying To Sell Music 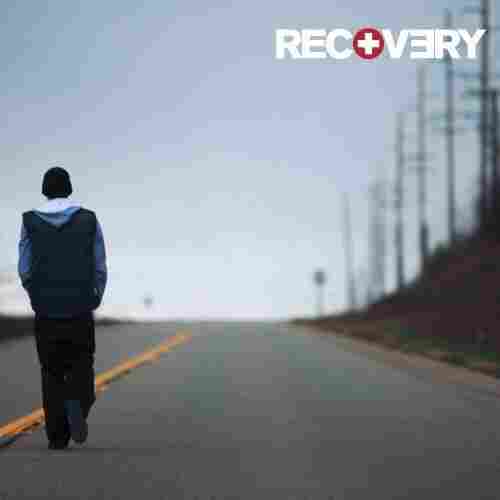 According to a report from Nielsen SoundScan, the best-selling album of 2010 was Eminem's Recovery. No surprise if you took even a cursory glance at the charts last year; Recovery topped the Billboard album chart for seven weeks last summer and was described to me by one critic as being cockroach-like for its ability to scuttle out of stores despite making its nest in a sales climate devastated by free downloading, a bad economy, and a consumer base indifferent to the struggles of the industry (to put it generously).

But at 3,415,000 copies sold on CD or digital download, Recovery actually sold more in a single year than any other album since 2007, when Josh Groban's Noel won the sales title.

For the second time in three years, Taylor Swift holds the crown for the top-selling artist of the year, based on sales of all albums.

If you're looking for good news in 2010's numbers, you can stop reading now. In just about every other category, sales figures skidded. You'll see these statistics combined every which way, but here's the bottom line: (1) CD sales are plummeting, (2) digital album sales rose slightly (but the percentage doesn't come close to making up for the physical album sales), and (3) digital track downloads flattened, which means they're not making up for any of the losses in CD sales.

A few big picture statistics (all courtesy of Nielsen SoundScan):

It's tough to draw widespread conclusions about what people like based on these numbers. Still, SoundScan provides a ton of data, so we thought we'd zoom in on some particular statistics to see what conclusions we could draw.

Another name for these people might be older purchasers, but it's hard to know and we wouldn't want to make anyone upset, since they're basically single-handedly keeping the music industry afloat. Whatever the demographic of her audience, Boyle sold 1.852 million copies of her Christmas-themed album The Gift in 2010. Of those sales, 1.820 were CDs, cassettes or LPs (we're just being formal; it's all CD, since The Gift wasn't issued on cassette or LP). That leaves just 32,000 copies sold digitally, a tiny 1.7% of the album's total sales. Compare that with 488,000 digital copies (16.5% of the total sales) of Taylor Swift's Speak Now or 852,000 (25%) for Recovery.

There's still no such thing as digital platinum.

In addition to nabbing the trophy for the year's number one-selling album, Recovery also sold more digital copies than any other album. Currently it's second on the all-time list of top selling digital albums behind Lady Gaga's The Fame. The bad news for both records: neither one has cracked a million in digital sales.

The much-discussed "return of vinyl" has hit the brakes.

LP lovers have scored plenty of coverage in major publications over the last couple of years for bringing the vinyl record back from the brink of extinction, despite the fact that vinyl sales still make up less than one percent of total album sales. If 2010 is any indication, we may soon see an end to such stories. Blame the economy or just call it a small market nearing its saturation point; in 2010, growth slowed significantly. Where sales jumped by 33% in 2009, last year that number was 14%.

Note to future anthropologists who use vinyl sales to uncover truths about the schizophrenic mind of early 21st century music purchasers: the best selling vinyl album of 2010 was a 41-year-old record that made more news for finally making a digital debut. The Beatles' Abbey Road sold nearly twice as many copies on vinyl as did its nearest competitors, new albums by Arcade Fire and The Black Keys.