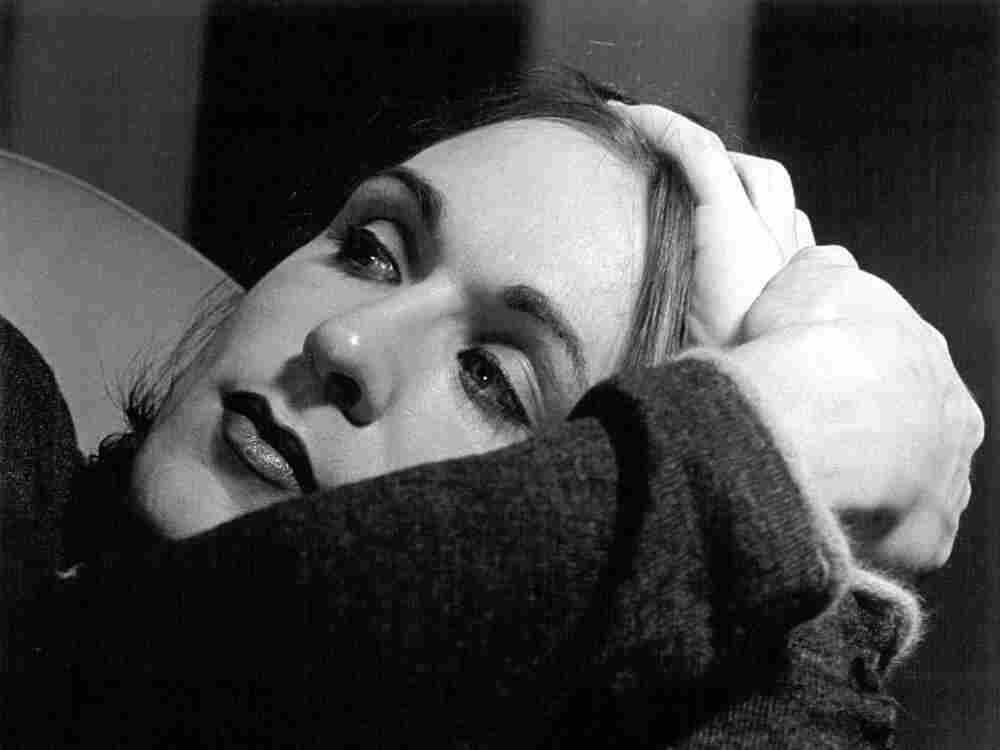 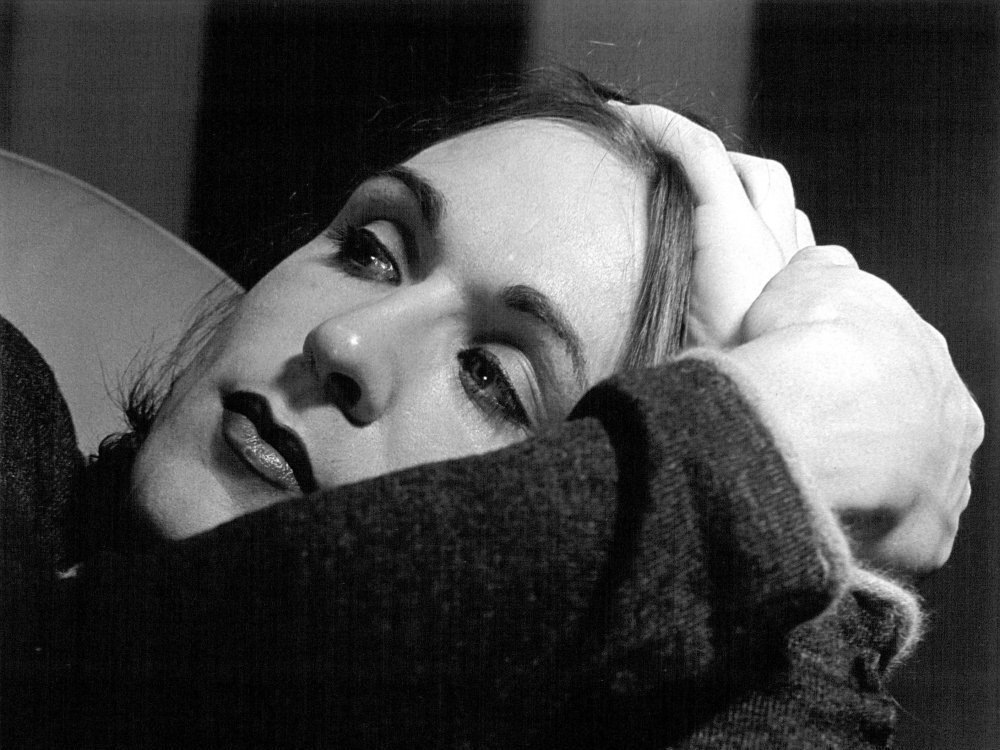 Ruthi Singer-Decapit/Courtesy of the artist

I'm standing in the middle of a large wooden dance floor at the U Street Music Hall in Washington, D.C., waiting for Terre Thaemlitz to take the stage. The crowd is electric, buzzing to hear what the headliner is going to bring. Thaemlitz, playing tonight under the alias DJ Sprinkles, emerges and asks, "Are you ready to rock?" The crowd answers with a resounding yes, to which he replies, "Then go to the 9:30 Club, because this is a house show."

Thaemlitz grew up in Springfield, Missouri. When he was 18 years old, he moved to New York City to study fine arts. It was the late 1980s, and deep house was taking hold of the city's underground queer and transgender nightclubs. Thaemlitz became disillusioned with his studies and eventually started DJing in these underground clubs while earning a living as a secretary.

"House music came from very marginalized communities, and it arose out of the experience of marginalization," says Jesse Dorris, a producer who goes by the name The Mattachine Machine. A longtime follower of Thaemlitz's work, Dorris explains, "Terre acknowledges the political contexts from which these traditions arose, and he refuses to ignore the political dimensions of house music and dance music."

Thaemlitz has been active in queer and transgender politics since his time in New York, when he used to demonstrate on city streets. Now, though, Thaemlitz shies away from using the word activism when describing his type of engagement.

"What I do now is outreach education oriented: writing, and lecturing, and incorporating themes into all of my projects," he says. "I use music as a language or medium that has a history and context. [I use it as] a way of communicating ideas that are specific, rather than treating music like vague poetry."

Thaemlitz doesn't always make dance music. In fact, many of his works are elecro-acoustic and ambient. But in 2009 he released Midtown 120 Blues, a dance record. Thaemlitz says that word for the album traveled through channels closer than usual to the mainstream. Resident Advisor, an authority in the electronic music community, picked it as their 2009 album of the year, calling it an "emotionally and intellectually deep album."

For Thaemlitz it was a re-contextualization of house music.

"For me the roots of deep house music owe a lot to the queer African American and Latina communities. But in the last couple of years there's been a house revival," says Thaemlitz. "With the context of how this music is produced as well as played, there's been a real de-sexualization and re-territorialization of where the music was coming from and how it functioned. So I wanted to do an album that not only looks critically at how current marketing of the house scene relies on a fiction of what the past of house music was, but also something that is resistant to dominant marketing ploys and dominant culture."

When speaking to Thaemlitz, informal banter quickly accelerates into pointed social commentary. Over a brief discussion we covered topics ranging from the oppressiveness of capitalist structures to the origins of sexual preference and the role of gender as a social construct. Gender identity is central to his art. Tonight, performing as DJ Sprinkles in jeans and a T-shirt, he explains to me that DJ Sprinkles dresses as a man. But Thaemlitz has also made music as G.R.R.L., Kami-Sakunobe House Explosion K-S.H.E., Social Material, Teriko, and Terre's Neu Wuss Fusion, some of whom dress in female clothing. Thaemlitz doesn't identify as exclusively male or female.

The project that Thaemlitz is currently working on will be released under his own name. It's called "Soulnessless."

"'Soulnessless' is a critique of soul music, and not only soul music as American soul music, but the idea of spirituality, meditation, the soul of the artist, etc., and how these things are marketed and exploited within the music industry," he says.

Formally audacious, the 32-hour piece is centered on a 30-hour piano solo titled "Meditation On Wage Labor And The Death Of The Album." Even the song's length makes a point.

"That has to do with the ways in which album duration has always followed format limitation, so for example albums used to be 40 minutes when they were on vinyl because you can master about 20 minutes per side. With the CD it became 74 minutes, and as producers we instantly started producing 60-80 minute albums. So we're being asked to produce twice as much, but our advances and royalties are going down if anything. Now, in the mp3 download era, we have the length of the CD plus digital exclusive downloads, so we're always asked to produce more and more media without any change in compensation. For me this presents a labor crisis within the audio production fields," Thaemlitz explains. "4 GB is currently the maximum file size for an mp3 on Windows and Mac computers, so I went with this idea where the maximum length of an mp3 file at a 320 kilobytes per second file is about 30 hours of music."

By midnight at the U Street Music Hall, sweat is already condensing into pools that drip from the ceiling, and Thaemlitz is positioned at the back of the dance floor. Before he takes the stage, I overhear him talking about all of the "bad" records that he's got stashed away in his collection, so I ask, "Are you going to play 'bad' records tonight?"

He explains to me that there is virtue in creating discomfort on a dance floor; that challenging his audience to move to an un-danceable record creates a more interesting experience.

But won't that turn some of his audience away?

"The idea that what we make has to appeal to everyone is not only naive, it's an insult to the messages at hand. I think its okay to produce works that are not about exposure and not about visibility but that are about precision, and appealing to people who have a very specific experience. I'd like to provide content to people who are trying to mediate their own relationship to dominant society rather than to actually provide content for dominant culture."

And so as the music starts, confusion squirms its way through the audience. Sweaty dancers look uncomfortably at one another as blown out, distorted tracks pump through the speakers. From behind the DJ booth, I could see eager bodies trying to stay engaged, but ultimately giving up.

Amidst the confusion, a few isolated figures are rapt in a hypnotic state. By 4 a.m., the disinterested masses have filtered out of the club, but those to whom Thaemlitz speaks continue to move furiously on a nearly empty dance floor.