Accessibility links
Doing It Live: Freddie Gibbs : The Record The rapper from Gary, Ind. stays in the black by being selective about where he performs. 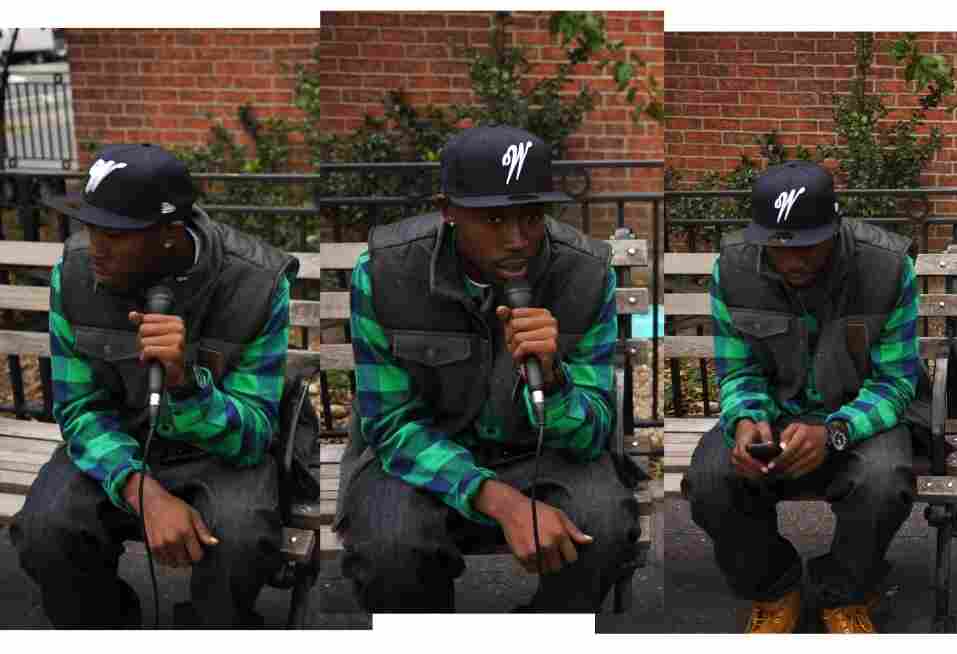 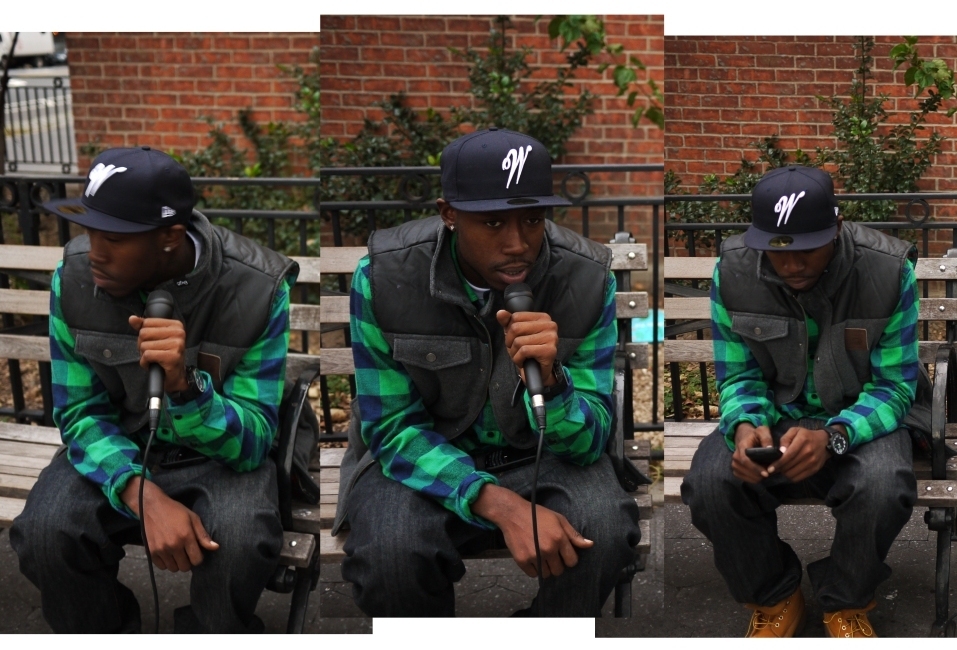 The rapper Freddie Gibbs, in Manhattan.

The fact that Freddie Gibbs hails from Gary, Indiana, a town known — in musical circles at least — as the birthplace of Michael Jackson or as a song from The Music Man, is only the first bit of minor cognitive dissonance that the rapper's ascent triggers.

Gibbs' star has risen via a thoroughly contemporary medium, Internet-distributed mixtapes, but he plays gangsta rap, a style 15 years past its commercial prime. He doesn't have a record deal. His most vocal supporters have been critics who generally cover genres other than rap. The indie rock website Pitchfork gave Gibbs' mixtapes positive reviews and then booked him to perform at its festival in Chicago last July. Early national exposure came when he was featured in a 2009 piece in The New Yorker that declared hip-hop dead. In that piece, Gibbs' music was somehow held up as evidence of both the demise of the genre as we'd known it as well as its ability to persist beyond that demise.

Doing It Live: The Body, A Choir And A Church

When I talked with Gibbs, he was sitting in a park in Manhattan's Lower East Side, minutes before he played a set at the annual CMJ music festival. Until now, fans who wanted to see Gibbs perform his blunt, straightforward rhymes about living and dealing drugs in a depressed town with few options for survival or escape have had limited opportunities.

After I spoke with Gibbs, his manager, who goes by the name Archie Bonkers, told me that because Gibbs has operated independent of record labels, he hasn't had the luxury of tour support or an advance.

"We've been offered tours in the past," Bonkers told me. "But it was not enough money per show — we'd be losing a couple grand to go out." Gibbs has had to carefully weigh the benefits of each date, hoping to use one-off shows to build a wider audience. Now, finally, he's on his first tour, a circuit of cities in the Midwest. Gibbs plays in St. Louis tonight, followed by shows in Memphis and the Cincinnati suburb of Covington, Kentucky.

Fair warning: the interview that follows contains a reasonable amount of swearing and references to drugs, as do the links and video contained within.

Where did you play last night? Where/when did you wake up this morning?
Did a live show last night with a live band. It was at Glasslands? In Brooklyn. Where did I stay last night? In Manhattan.

What did you eat for breakfast?
Man, I had a burger for breakfast. That's bad, but I did because I woke up late. It was from this spot called BRGR — B-R-G-R. For real.

Do you have any pre-show rituals?
I definitely smoke weed, pray, and just rap to myself and pace around. Just get in the mode for the show. What's the last thing I do before I go onstage? Smoke weed.

Is there a song you know will kill?
I don't know, because different crowds I go to, they like different songs. All my songs kill, but you know, probably "Face Down" get the crowd the hypest though.

What's the best advice you ever got from somebody on tour?
Um, I haven't really been on tour with anybody but Bun B is definitely one of the guys I look up to in the game. But I did get some good advice coming up in the game from Just Blaze. Just Blaze taught me a better technique to record my vocals by using one main track. Just Blaze gave me that bit of advice and it's brought my voice out better so I definitely gotta give credit where credit is due. When you record a song you record different tracks over your actual vocals on the lyrics. And I was doubling and tripling them. And he said to make my voice stand out I just need to do one. And from then on I just did the one and it made my voice stand out.

That's a little bit counter-intuitive, right?
Yeah, but it was the correct method. He's a legend in the game and it was advice well taken.

Who is the first person you make friends with at a venue?
Try to make friends with the sound man. You don't want him f***ing up your mic or no s*** like that. He can cut the whole s*** off if he wants to, f*** your show up. Then he might get beat up. We've beat up a couple of sound men. A couple of bad DJs too. So we like to bring our own DJ.

What do you look for when you get to a venue? What makes you happiest?
I just want my own room to go back to so I can smoke pretty much, you know what I mean? Get some hoes in there. Smoke, chill, make sure my n****s is comfortable. Make sure we're in a good mood, about to do the show.

Do you have day jobs apart from music?
No. None that I can speak of.

How much of your total income comes from touring? (How much of that comes from the label, the venue, merch, etc?)
Most of it, really. That's where the money's at, getting shows.

Are you in the black at the end of the tour?
If I go on stage, I get some money.

What's the best part of touring, and what's the worst?
Best part is going to new markets and performing in front of new people. The worst is the airplanes. I hate flying. I just deal with it. I don't like it, but it's just part of the game.