Accessibility links
Fractured Industry: Companies That Serve Musicians Without Deals : The Record There are more musicians trying to make a living without a major label deal than ever before. 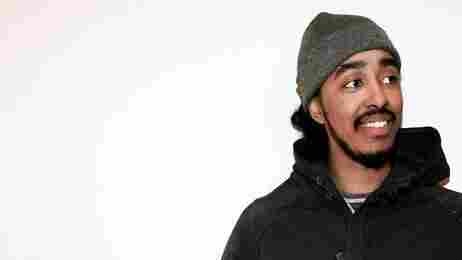 The independent rapper Oddisee, who makes a living from music without a major label deal. Courtesy of the artist hide caption 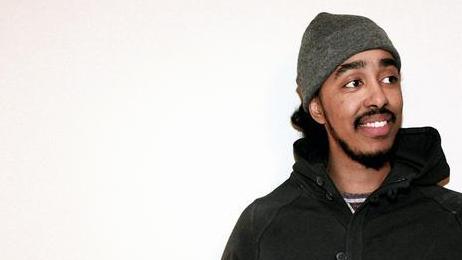 The independent rapper Oddisee, who makes a living from music without a major label deal.

Call it "disintermediation" or "cultural fragmentation," but American culture is sliced up in so many ways that what's popular with one group can go virtually unnoticed by another. NPR's Fractured Culture series explores life in "a culture of many cultures."

The business model for musicians is changing. Instead of just a handful of major labels, there are now thousands of small companies in the business of helping musicians connect with listeners.

Amy Kuney's "All Downhill From Here" has been listened to nearly 250,000 times on her Myspace page. Kuney, who is 25, is part of a new class of musicians who are bushwhacking their way to success. Kuney isn't necessarily trying to use the old formula of getting signed to a record label — which is becoming increasingly difficult as the business splinters. Instead she's using a variety of online tools — from social media to YouTube.

"If you do things according to the formula you have so much competition," says Reese Lasher, Kuney's manager. "If you do things in a very different way, you forge your own path." Whatever Lasher is doing for Kuney is working; as an unsigned artist Kuney is making enough money to support herself, her manager and a small staff.

Eric Garland, the founder and CEO of Big Champagne, a company that tracks music online, says Kuney represents the new D.I.Y. dream for tens of thousands of musicians. "You do have artists, many artists, who set out to make a living as a small business — as an independent artist — and grow that business without necessarily having any intention or expectation that they will do business with a major music company," he says.

But these independent artists do expect to do business with a growing array of small companies. Lasher says she is constantly sifting through new sites that promise to help musicians manage their fans, their download sales or their social networks. "And to figure out which one is the best is really difficult," she says. "There are all sorts of like, hidden fees. You know, with Bandcamp they take 15%, which sounds great — it's significantly less than iTunes, obviously — but then there's the 3% that you have to pay for PayPal."

Another service musicians are using is TuneCore. Jeff Price is the company's founder and CEO. He says the concept behind is company is "to enable any artist or any musician or anyone that creates music or sound or spoken word to have access to distribution."

That means that TuneCore will get your music on iTunes, Napster, Amazon and a long list of other places where artists want to be selling their songs. Unlike the old record label model, where the artist only got a percentage of the sales, TuneCore artists pay an up-front fee — $10 for a single, $50 for an album — and they get to keep all proceeds from their sales. Price, who worked for years in the traditional music business, says that in 2009 TuneCore artists generated over $35 million in gross revenue.

Most of the 500,000 artists using TuneCore's services are not making a living, according to Garland. "Every sound being created in every dorm room or every shower or every basement is now just a couple of clicks away from being out there."

The challenge now is to rise above the noise. Many new online companies are trying to sell musicians on the idea that they can help them do that.

Amir Mohammed is a rap artist and producer who goes by the name of Oddisee. He says he's constantly getting what he calls "reeled in" to trying new services. "The reel in is when the service is free at first and you become addicted to it and hooked," he says. "It becomes essential in your business and they initiate a fee."

Oddisee is one the lucky independents who is making a living. He's part of a hip-hop scene with its roots in the area around Washington, D.C. On his song "I'm From PG," he raps: "I'm so independent, I do my own thing. / I'm not a concept, I'm my own dream / I'm not a record label's idea of what the f***'s supposed to be Amir."

Oddisee says in today's fractured music culture, if you can find 1,000 fans around the world to pay you $50 a year, you can make a living.