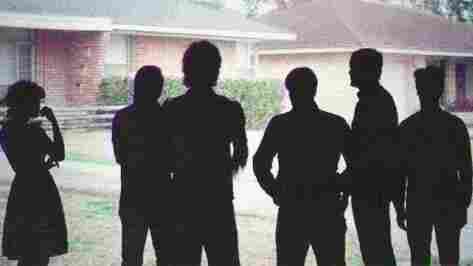 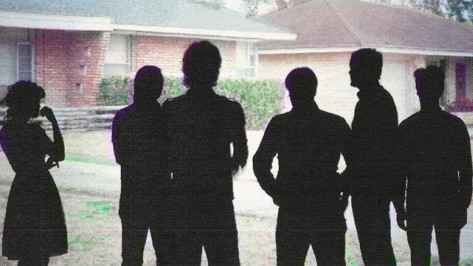 For over 50 years, the Grammy Awards have rewarded everything that's larger than life about popular music. The biggest stars and, not coincidentally, the biggest record labels have generally taken home the top prizes — that's just one reason the awards have been dubbed, "The Grannys." They tend to play it safe — especially in the big categories. But that's changed. This year, more than half of all Grammy nominations went to smaller, independent labels.

Take one of the top categories: Album of the Year. You'll find some of the usual major label suspects — Lady Gaga, Katy Perry — but you'll also find Arcade Fire.

The Canadian band's ambitious album, The Suburbs, came out on Merge Records, an indie label based in North Carolina. Merge co-founder Laura Ballance says the Internet has helped level the playing field in the music business.

"Now, whether something is on a major label or an independent label doesn't matter," Ballance says. "If you live in Wichita, Kansas, you can still get to hear whatever band you want. Because it doesn't have to be in your local record store or in the Wal-Mart."

Improved access has been good for independent labels, according to Rich Bengloff, President of the American Association of Independent Music (A2IM), a trade group that represents indie labels.

A cynic might suggest that indie labels are collecting more Grammy nominations because the majors are on life support. Sales of physical CDs have declined steeply since their heyday in the 1990s. And the major labels just don't have the budgets they used to. So a growing list of veteran artists — including such household names as Robert Plant and Herbie Hancock — have jumped to independents.

Willie Nelson recorded dozens of albums for major labels, but his latest Grammy-nominated release came out on Rounder Records, now a subsidiary of the still-independent Concord Music Group.

In the age of social media, many artists are trying to market their music directly to consumers with no label at all. But A2IM's Bengloff thinks there are some jobs — like marketing and distribution — that musicians will always pay someone else to do. And that's where independent labels come in.

"There will be a music industry. It will survive," he says. "And we think we'll be a big part of that industry because of our flexibility."

In some ways, this might look like a return to an earlier era in music history. Steve Knopper, a contributing editor to Rolling Stone, is the author of the book Appetite for Self-Destruction: The Spectacular Crash of the Record Industry in the Digital Age. He says today's independents are the heirs to great labels like Sun and Motown.

"They have hands-on people who are good at what they do. They have low overhead. They're not spending all their money on booze and hookers and blow, and the traditional things the record industry used to do," says Knopper. "But in order to make a huge superstar, still you need to have the contacts of a major label. And you need to be able to put an act on the radio. I'm sorry to say NPR can't break a Lady Gaga on its own. No offense."

And he points out that independent labels are still trailing the majors in the industry's ultimate yardstick: sales. According to Soundscan, no indie label release made the top 25 last year. It's not clear that a big night at the Grammys on Sunday would do much to change that.