Accessibility links
Soca: The Music Of Trinidad's Carnival : The Record Since the '70s, soca has evolved from calypso into the music of a younger generation. 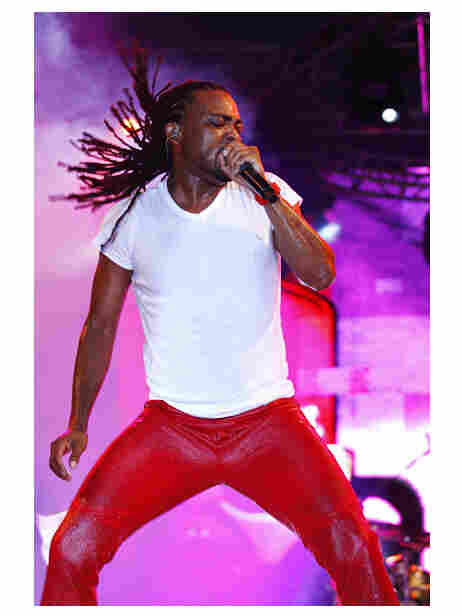 Carnival season on the Caribbean island of Trinidad boils down to one thing: fresh soca music. Consider it Red Bull for your ears, or music with a purpose.

"The intention of the energy of soca music is to really uplift people; really make them smile; keep them happy; make them celebrate even in the toughest times," says Machel Montano, soca's biggest star. "The economy is down — you hear some soca music, you're gonna want to go out and party, even if you have to borrow the money."

Soca stands for "soul of calypso," and it was pretty much invented in the 1970s by Trinidadian artist Lord Shorty, who claimed that the soul of calypso was as multicultural as his island's African and East Indian descendants. To set this post-colonial hybrid to music, Shorty sped up calypso and gave it an Indian twist.

In the 30 or so years since its invention, soca has evolved into the club-friendly, studio-produced music of a younger generation. Soca artist Kees Dieffenthaler explains it this way: "It's kind of like calypso's young, teenaged bad son," he says, "it's really a younger sound, more vibrant than calypso."

Soca artists record, release and perform music at a frenzied pace during carnival season, when the whole country is partying to the same soundtrack. Every year, performers campaign in a kind of musical election — competing for two titles. "The Road March song" is a people's choice award—it's the most-played song during the grand parade held the day before Ash Wednesday. "The Soca Monarch," on the other hand, is crowned at a massive concert held just before carnival. One contender for this year's crown is Fay-Ann Lyons.

"Soca Monarch is something like American Idol but on a different scale. It's grand; it's extravagant; it's flamboyant; it's bold — it's like everybody does a piece of Las Vegas, with all the costumes. Imagine seeing that from 10 different competitors, all expressing and presenting their songs to the judges, trying to win first prize."

Lyons calls her own sound "aggressive and tomboyish." She has a strong track record, having won more titles than any other female soca star. In 2009, she won both Soca Monarch and Road March—while 8 months pregnant.

Lyons is soca royalty: her father is calypsonian Superblue and her husband is soca star Bunji Garlin — call them soca's Beyonce and Jay-Z. Garlin says he tries to set his music apart by looking back to soca's roots in calypso. "One of the other names of an ancient calypsonian was a poor man newspaper," he says. "They would be the person to bring the news of what happens today or what happens tomorrow. The calypsonian is the person who have the information and will bring it to the people."

He's recorded songs about rape and politics, and once won Soca Monarch with the rare soca song that isn't about dancing or drinking — "In the Ghetto," a song about poverty and government failure.

Every year, though, the favored candidate is Machel Montano, a soca icon, known for being obscenely good at what Trinidadians call wining: gyrating to the music.

"Basically I think my talent is really reaching out to people and talking to them," says Montano, "getting them in a good mood; make them laugh; make them wine; and still make them jump."

Montano is 36 years old, and has released 35 albums. He's been a star since he was nine, when he won a local competition with the song "Too Young to Soca."

The song quickly landed him on the stage of Madison Square Garden and on Star Search. He's since collaborated with Janet Jackson and Doug E. Fresh, but he says he still hasn't achieved his ultimate goal: to carry the energy of soca beyond his island.

Right now, its place is Trinidad, where a local election is underway. The candidates are stumping; the voters are jumping; and the new campaign slogans — hot new soca tunes — just keep on coming.