Accessibility links
Five Rock And Roll Hall Of Fame Inductees Reveal Their Secrets : The Record The Hall's five newest members talk about the decisions that gave them their musical identities. 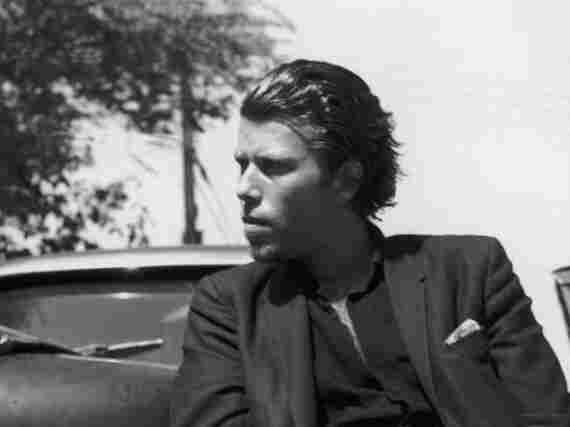 Tonight in New York City, the Rock and Roll Hall of Fame will induct eight new members — five performers, two label founders, and one sideman (in the RnRHoF's parlance) — to its ranks.

When the inductees were announced back in December, reporter David C. Barnett noticed that all five of the "performers" — Darlene Love, Alice Cooper, Tom Waits, Dr. John and Neil Diamond — have dealt with questions of identity and persona in their careers. So over the last month, Barnett has been reporting on how each of these individuals arrived at the identity that turned them from working musicians into stars.

Below, we've selected choice quotes from Love, Cooper, Waits, John and Diamond that reveal how their own transformation came to pass. You'll also find links to Barnett's full series of interviews, with slide shows and more.

In 1971, Waits — fresh out of the Coast Guard — was a 22-year-old trying to sell himself as a James Taylor-style folk rocker.

"I think most singers, when they start out, are doing really bad impersonations of other singers that they admire. ... You kind of evolve into your voice. Or maybe your voice is out there, waiting for you to grow up."

Born Vince Furnier in Allen Park, Mich., Cooper was in a high-school band called the Spiders that renamed themselves "something that sounds like a little old lady." Their first hit, an ode to teenage frustration called "I'm Eighteen," would have been "I'm Edgy" if producer Bob Ezrin hadn't gotten his way.

"He kept dumbing it down until it was a three-minute anthem for every kid that was 18 and an outcast."

Darlene Love: A Star Born In The Background

Love sang the lead parts on early Phil Spector-produced hits with her group the Blossoms, but after the hit "He's A Rebel," was credited to another group, she demanded credit.

"We didn't sound black; we didn't sound white. Our sound could be anything they wanted it to sound like. ... I told him, 'This is ridiculous. I know you can make hits, and I ain't making no more hits under nobody else's name but my own.'"

Neil Diamond: A Songwriter Steps Into The Spotlight

Before he had his first solo hit in 1966, with "Solitary Man," Diamond faltered as a performer and wrote songs for the Monkees and Jay and the Americans.

"That's probably why I spent eight years down there in Tin Pan Alley with not a lot of success: there was not a lot of me in those songs."

Born Malcolm John Michael Creaux Rebennack, the ambassador of New Orleans funk moved to Los Angeles after getting busted for drugs. He worked as a session piano player for singers like Sonny & Cher, and only stepped in front of the microphone when nobody else would sing on his composition about 19th century medicine man John Montaigne.

"See, I don't know nothing about singing. I never wanted to be a frontman. Frontmen had big egos and was always crazy and aggravating. I just never thought that was a good idea."