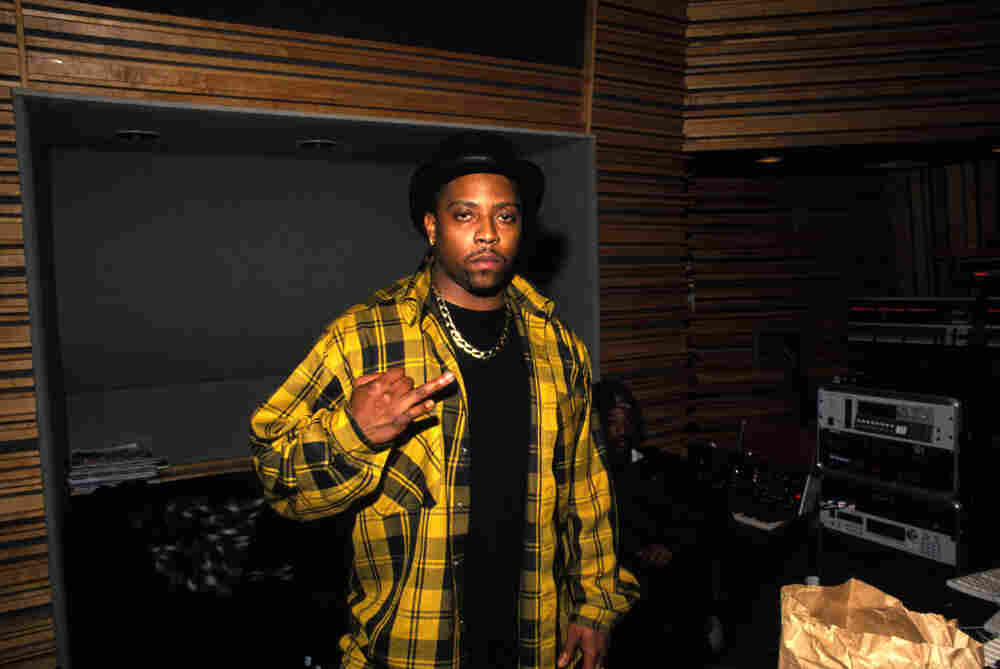 Click above to hear Shereen Meraji's obituary for Nate Dogg, from All Things Considered. Shereen spoke to L.A. radio personality Big Boy about the dance floor-filling capabilities of Nate Dogg's "golden voice," as well as Billboard editor Danyel Smith about his influence on the sound of West Coast rap and Youth Radio producers from California about the lasting popularity of Nate Dogg's songs.

Legendary hip-hop singer Nate Dogg, born Nathaniel D. Hale, died on Tuesday, March 15, his family announced today. He was 41 years old. Though the cause of his death is still unknown, Nate Dogg's health had been reported to be in serious decline in recent years after he suffered strokes in 2007 and 2008, both of which caused paralysis to parts of his body and impaired speaking ability.

Nate Dogg's rich baritone was magical; a voice so smooth he could make the most offensive, dangerous lyrics somehow less dangerous, less offensive. Though his solo albums — G-Funk Classics Vol. 1 & 2 and Music and Me — went largely unnoticed, it was his work on the hooks and bridges of songs by artists like Dr. Dre, Snoop Dogg, Eminem, Ludacris and 50 Cent that cemented his status as a one-of-a-kind voice in hip-hop and earned him four Grammy nominations throughout his career.

Alongside rappers Snoop Dogg and Warren G, Nate Dogg started the group 213 (so named for the area code in Long Beach from which Nate Dogg hailed) in 1991. In 1992, he was a featured artist on Dr. Dre's timeless rap album, The Chronic. But in 1994, Nate Dogg's career took off when he appeared on Warren G's hit single, "Regulate." The song proved the effect Nate Dogg's voice could have on a record. Though Warren G was a largely unknown rapper when he released "Regulate," the song reached number two on the Billboard Hot 100, and remains Warren G's most well-known record — arguably because of Nate Dogg's contributions to the track.

There's also "Ain't No Fun (If The Homies Can't Get None)," a song that was never chosen as a single from Snoop Dogg's debut album, Doggystyle but has become a favorite for many DJs trying to work a room. The song is a tour-de-force of misogynistic lyrics, but only Nate Dogg can make a verse about dismissing a one-night stand sound so sensitive and endearing. In 2003, Nate Dogg sang on the hook of 50 Cent's "21 Questions", giving 50 Cent his second number one single from his album Get Rich or Die Tryin'. As 50 Cent himself tweeted upon hearing the news of Nate Dogg's death, "I wrote the chorus to 21 questions, I needed Nate to sing it for me. He had a way of making everything feel hard."

But Nate Dogg did more than make a rap record sound hard. He had a way of making them sound catchy and sometimes timeless. Take for example Ludacris' "Area Codes": On a song in which both Nate Dogg and Ludacris rap about all the women they have in various regions around the country, Nate Dogg's lithe vocals on the hook made the hilariously lewd record radio friendly. He had a way of making a rap record a hit record, whether it was his work on a hook or a verse of his own, Nate Dogg's part on a record was usually our favorite part. As Ice Cube rapped on "Gangsta Nation", "It must be a single when Nate Dogg singin' on it."