Accessibility links
For Better Or Worse, MP3s Are The Format Of Choice : The Record The thin, compressed, convenient music file is the format of the present and the immediate future. 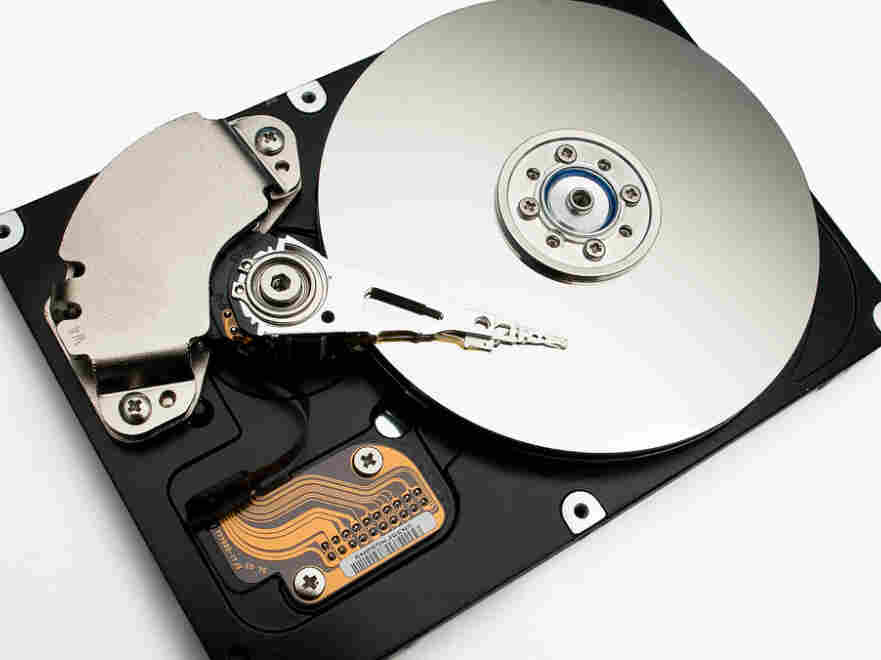 A computer hard drive, the preferred place to keep music in the age of the MP3. kemped/Flickr hide caption 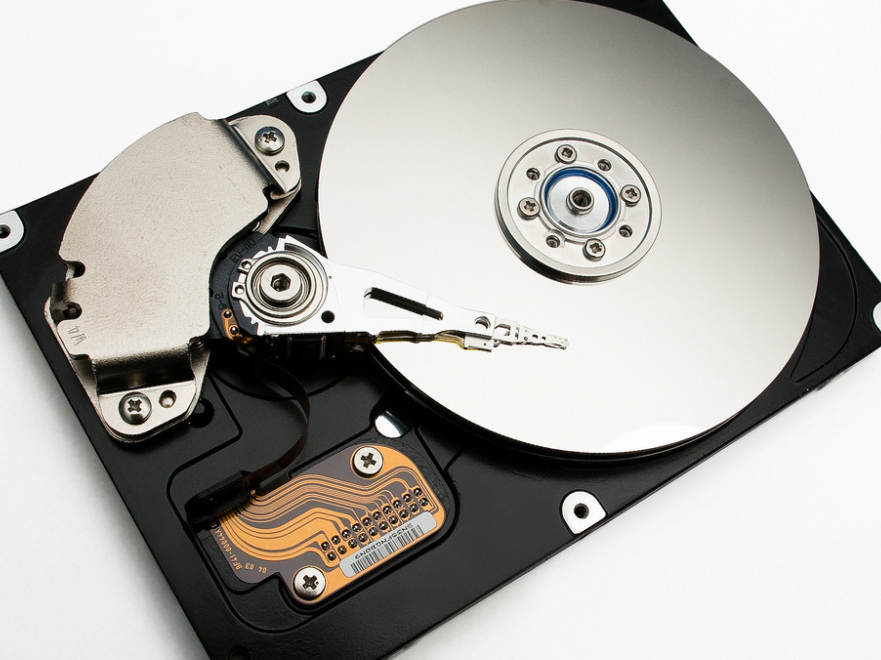 A computer hard drive, the preferred place to keep music in the age of the MP3.

The man credited with inventing the MP3 wasn't trying to turn the music industry on its head. Karlheinz Brandenburg was just looking for a way to compress music into smaller files.

The year was 1988. Brandenburg and his collaborators at the Fraunhofer Institute in Germany thought they had come up with a pretty good system — until they tried it on the song "Tom's Diner" by Suzanne Vega.

Brandenburg estimates that he listened to the song more than 500 times while working on the audio technology that became the MP3. "Everything else sounded quite OK," he says, "and Suzanne Vega's voice was destroyed. So we had some work to do."

Brandenburg is a modest man, quick to share credit with his collaborators in the Moving Picture Experts Group, which gave its name to MPEG Audio Layer III — or MP3 for short. Brandenburg says he had no inkling of how popular the format would become until the mid-1990s, when he talked with an English entrepreneur.

"He asked us, 'Do you know that you will destroy the music industry?' " Brandenberg remembers. "So there was some writing in the wall."

It was a message the major record labels chose to ignore. Having spent years getting rich on the compact disc boom, record companies were in no hurry to start selling digital downloads. And so when the MP3 reared its head, for the first time, it was consumers — not the industry — who chose the new format.

"We actually found out that what people wanted was access to content conveniently," says Mark Mulligan at Forrester Research, who studied the rise of the MP3. "What people opted for was, 'I want something that works. Something that just does what I ask it to do.' "

The MP3 played everywhere: on computers, at the gym, in the car. It didn't hurt that MP3s were often free on file-sharing networks like Napster and its spawn. Even when you paid for them, they were cheaper than the $18 the labels used to charge for CDs. And if the sound quality of MP3s wasn't great, only a few audiophiles seemed to care.

Keith Holzman, who ran Nonesuch Records in the early 1980s, was one of those people. "The difference between listening to an MP3 and a CD is night and day to me," says Holzman. "It's like daylight — with a clear, crystalline sky — and a muddy, cloudy, overcast day. The MP3 is highly compressed, taking away a great deal of sonic quality."

There are signs that some fans are drifting away from the format, though not because of the quality. Instead of cluttering up their hard drives and iPods with MP3s, Mulligan says, lots of younger fans are listening to music online at a familiar website.

"The killer app for digital music — guess what it is? YouTube. It is not something which the industry has chosen as being its cheerleader for digital music. It's simply something [about] which consumers say, 'Yes, that works,' " Mulligan says.

YouTube is free and legal to use. Some modest revenue even flows back to labels and artists. And fans seem happy to use the site as a virtual jukebox.

The question facing the music industry now is how to get those consumers to pay. One option is charging them a monthly fee for access to millions of tracks online that they don't have to download. That's what the subscription service Rhapsody has been doing for almost a decade, says CEO Jon Irwin.

"For the average music fan, it just seems inefficient to me that you're gonna have everyone with a hard drive filled up with 8 million songs," Irwin says. "Why would you ever need to do that if you can actually listen to it and get enjoyment out of it at any time?"

Services like Rhapsody allow listeners to access music stored online, in what tech geeks like to call the cloud. The popular European company Spotify is expected to launch its own cloud music service in the U.S. — maybe this year. Google and Apple are rumored to be working on offerings of their own. And the sound quality may get better. But for now, Mulligan says the MP3 is what consumers want.

"Let me tell you an ugly truth: Most people don't care about quality," he says. "It's a bitter to pill to swallow, but that is the simple fact."

More than 1 billion MP3s were sold in the U.S. last year. Billions more traded hands free on peer-to-peer networks. When you mention this to Brandenburg, the inventor of the MP3 still seems a little surprised.

"In 1988 somebody asked me, 'What could become of this technology you're working on?' And my answer was, 'I don't know. Perhaps it might be used by millions of people,' " Brandenburg remembers. "And millions sounded like a very big number. So that it literally would be billions — that was beyond the dream."