Accessibility links
Moombahton: Born In D.C., Bred Worldwide : The Record A genre of dance music spawned by accident and built around an international community breaks out. 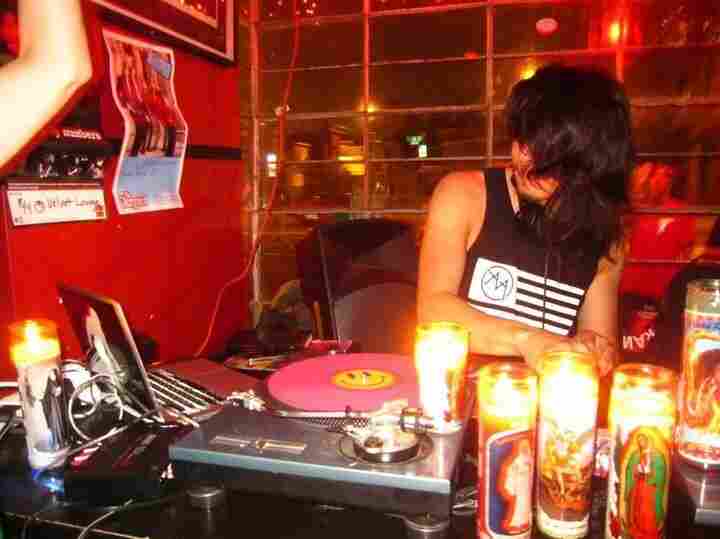 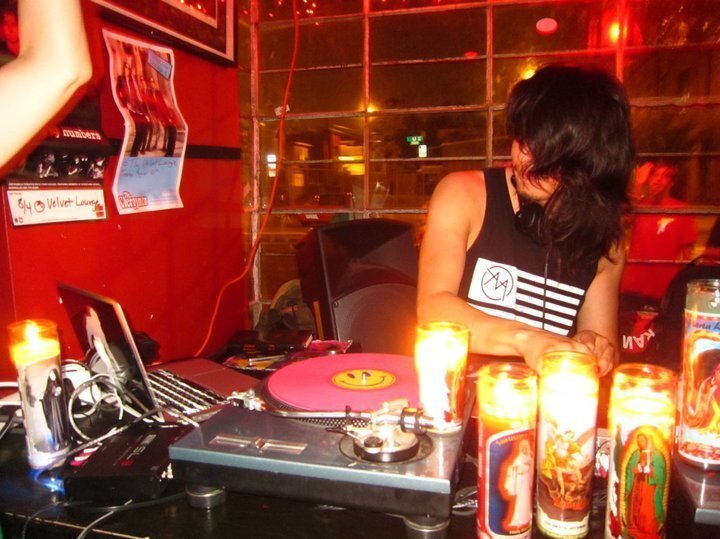 Every other day, it seems, some new buzzword is punched out by a blogger to describe similar sounds or attempt to fit them into neat genres. In the last month I've seen shows in niches labeled horrorcore, theatrical post-wave and nu-rave, though I'm sure that some of the artists themselves would argue with these terms. The labels pop up all the time, and most develop in a specific geographical locations. Moombahton is different.

In November 2009, at the request of his cousin, D.C.-based DJ Dave Nada, of the house duo Nadastrom, agreed to spin for a group of high school students who had decided to take the day off. But when he showed up to play, there was a problem.

"The kids that were all there were listening to not what I would be playing," Nada says. "They were listening to reggaeton, bachata, Latin music. I was like, 'All right, I don't want to mess up the vibe and play fast techno-electro club music.' So I thought to myself, 'What if I slow down the records that I have?' I slowed down this one track called 'Moombah,' and lo and behold it popped off."

In keeping with Nada's formula, Moombahton is a cross between Dutch house music and reggaeton. Popular in 2009, Dutch house music clocks in at a relatively rapid 130 beats per minute, with a 4/4 structure and fat bass kicks on every beat of the measure. It's a branch of house music that features notably large builds and drops and uses piercing electro stabs that rapidly glide up and down the sound spectrum.

Reggaeton, which became popular in Caribbean and Latin American communities in the middle of the past decade, is a slower 108 beats per minute. A blend of reggae, dance hall, and soca, it's usually topped with Spanish-language rap. Nada took elements of each of these styles and worked them together.

"I use certain rhythms, like there's the popular action riddim," says Nada.

"Or the cumbia shake."

"And also thinking about certain arrangements in house music where the beat drops out and then comes back in."

The finished product is pulling fans from a range of backgrounds; Nada describes it as "midtempo global bass for the universe."

Unlike most genres, the sound took hold internationally before it got big in any one place. The first time Nada put together an entire set of Moombahton was at a gig in Vancouver during the Winter Olympics in 2010, inspiring future moombahtonistas like DJ Lucie Tic from Toronto. Back in D.C., Nada started a weekly party called Moombahton Mondays at a dive named Velvet Lounge in the U Street Corridor. These were intimate affairs where D.C.'s budding electronic dance music community gathered to hear Nada spin. Because the genre had spread on the Internet, Nada came equipped with the work of artists from around the world, who had been uploading their songs to Soundcloud. 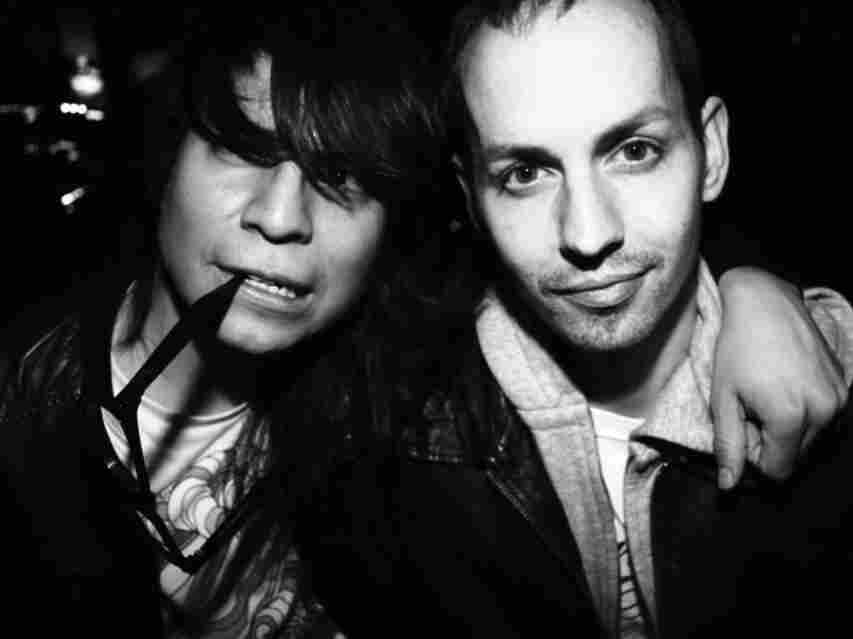 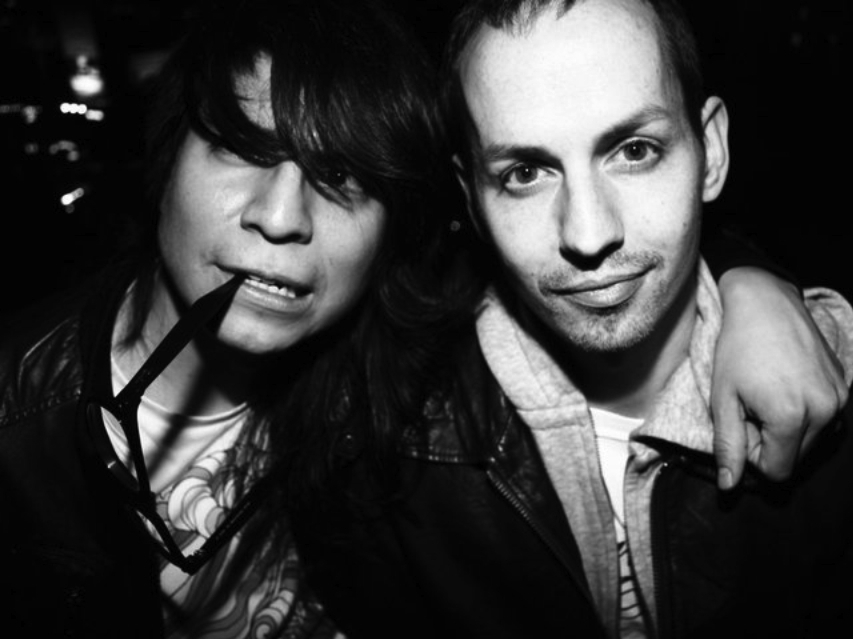 Diplo, who has a reputation for exposing smaller genres to larger audiences, explains. "It was global from the beginning," he says. "[Unlike] something like dubstep that was centered in London, and then moved to Canada, and Australia ... Moombahton ... just happened everywhere, man. I was getting music from all over the place."

"When I heard that I was like, 'This is what I have to do, this is what I was searching for,' " he says. "And the same night I heard it I made the whole Moombahton EP, and then I put it online and it kind of blew up, you know?"

It blew up enough for BBC Radio 1 to start paying attention. DJ Toddla T featured an hourlong Moombahton segment live on the air. Soon, Diplo's label Mad Decent will release a Moombahton compilation featuring work from Nada, Munchi and many more producers who met each other over an Internet connection.

"It's a whole community thing, a family I guess," says Munchi.

And it's a family that looks out for its members. Just two days after I spoke to Munchi he suffered an intracerebral hemorrhage and fell into coma. He's since awakened and is recovering, but he's been slammed with medical bills. These friends that he made online, through making Moombahton, are helping him out. DJ Ayres and DJ Tittsworth, who put out the first Moombahton EP on their record label T&A, have started a fundraising drive to help cover Munchi's costs, which culminates at a party in April, called the Moombahton Massive.

Munchi's work in the genre has already helped spawn a group of subgenres, with names like moombahcore, moombahstep, boombahchero, and moombahsoul. Moombahsoul, for example, keeps Moombahton's tempo and rhythms but samples soul records instead of Latin records.

Of course, it's only a matter of time before moombahsoul breaks down into its own group of subgenres. After all, it's already a few days old.