Accessibility links
Four Days Into SXSW 2011, Endurance Pays Off : The Record SXSW can be exhausting, but this year more musicians, and audiences, seem to be making it work. 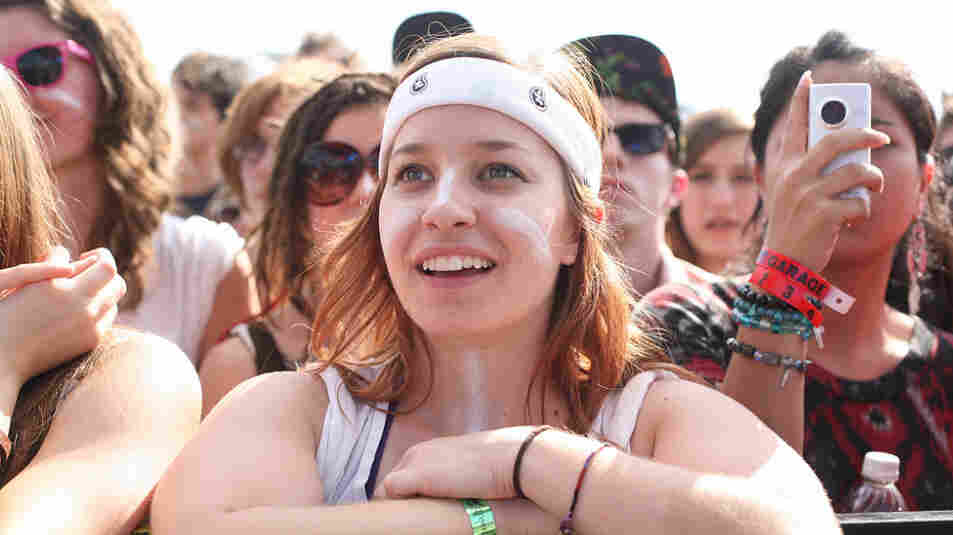 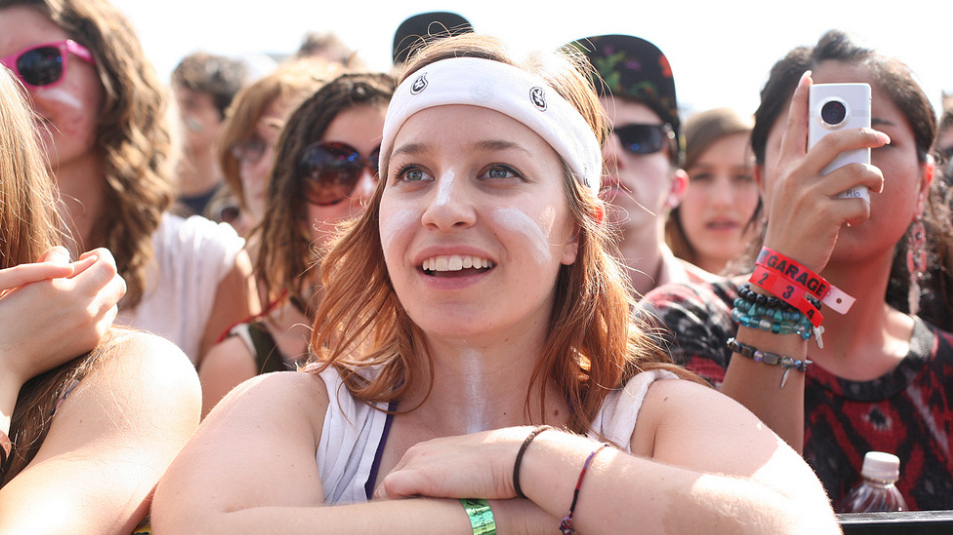 It's midafternoon on the last full day of South by Southwest, and I'm singing a James Brown song to myself. I feel good!

Happiness isn't a given during this annual pop music endurance fest. With artists at every level playing for a chance to pull a career-making prize from the fest's goodie bag, and music biz folks trying to make their own profitable connections, tension can overcome fun during the five-day fest's frantic runaround. The longing to impress and be impressed distracts and distresses, especially now, as the music industry keeps changing, the way Jeff Goldblum did in The Fly.

In 2011, though, some kind of new dawn may have broken. Everywhere I go, the crowds are psyched, the music dominates and defeats the compulsive schmoozing of the jerks in the back of the club and the fans up front are eager to cheer and dance. With a few exceptions (that was a little boring, Vaccines), the acts I've caught have been fierce and focused and most of all, joyful.

Maybe the pleasure is connected to a willful decision to take charge of one's own creative life. The uncertainty that plagues anyone in the creative professions is countered here by a real commitment to the possibilities that arise when the old way of doing things becomes thoroughly obsolete.

This morning, I attended a concert in room 704 of the Driskill Hotel, where singer-songwriters Holcombe Waller, Alessi's Ark and Jenny O offered short sets to a small audience (including reporter Ben Sisario of The New York Times, scribbling away in his notebook) while perched on a queen-sized bed. Such anarchist moves have become de rigeur for the fest, the looking-glass opposite of huge corporate events like the Fader Fort's daytime spread of ultra-hip acts and automotive industry product placement.

Singer-songwriters like Waller, who funds his career partly through grants and by working in theater, can find audiences now without having to fit into a style that suits a corporate (or even indie) marketing team. It's not easy to handle your own tour booking and album distribution, but artists who take on those duties rule their own creative lives. For them, South by Southwest is not a dog and pony show but a chance to cultivate new partnerships.

Then there are musicians for whom America remains, if not the only land of opportunity, an important milestone. The big Colombian band I saw last night, Herencia de Timbiqui, had never played the U.S. until this week. The rhythm soak it offered an ecstatic audience at a downtown salsa club and restaurant showed how truly sophisticated so-called "world" music has become – Herencia's marimba-based sound seamlessly melds African and Latin elements and even a bit of hip-hop in a body-rocking blend that seems to encompass centuries of sonic migration.

After its set, band members walked into the crowd to hand out CDs and postcards – a bit of grassroots campaigning that would later lead this interested concertgoer to a tricked-out MySpace page and a Sonicbids page designed to help the group get more shows in the U.S. (and then to a story by NPR's own Felix Contreras). The biggest challenge for world music artists now has to do with the state – Herencia obtained visas a mere three days before their SXSW engagements – but if that hurdle can be overcome, the Web simultaneously shrinks and opens up the world for them.

A good round of cumbia dancing can make anybody smile; I don't want to overestimate the good feeling in the still-troubled realm of commercial music culture. To some ears, musicians' onstage entreaties to fans for funding via Kickstarter can seem like a long drop from the comfort zone of conventional label support. Yet those with fortitude and vision do have a new kind of control, and many artists – and other creative types gathered in Austin – seem ready to stop fretting and focus on groundwork.

Some are seasoned players enacting serious transformations, like Ishmael Butler, who's completely transformed from the dewy-eyed backpack rapper he was in the Digable Planets to a psychedelic powerhouse behind Shabazz Palaces (now signed to Sub Pop Records). Others, like the young folk singer Bobby Long, who spat out his songs as his hair flopped meaningfully in his face at a Friday night basement club gig, are lighting new fires under old clichés. Some, like the elder soul singer Charles Bradley – a crowd favorite playing several shows with the formidable Menahan Street Band –feel fundamentally grateful to have the chance to shout out loud.

As for us, the listeners, there's really no proper way to feel besides grateful. This is a work week for everyone on the many stages of South by Southwest; a labor (to invoke another buzz band down here ) of the the head and the heart. But what a time we're having being productive.