Accessibility links
The Concert Ticket Food Chain: Where Your Money Goes : The Record For bands and the fans who want to support them, a bigger venue doesn't always mean more cash.

The Concert Ticket Food Chain: Where Your Money Goes

The Concert Ticket Food Chain: Where Your Money Goes 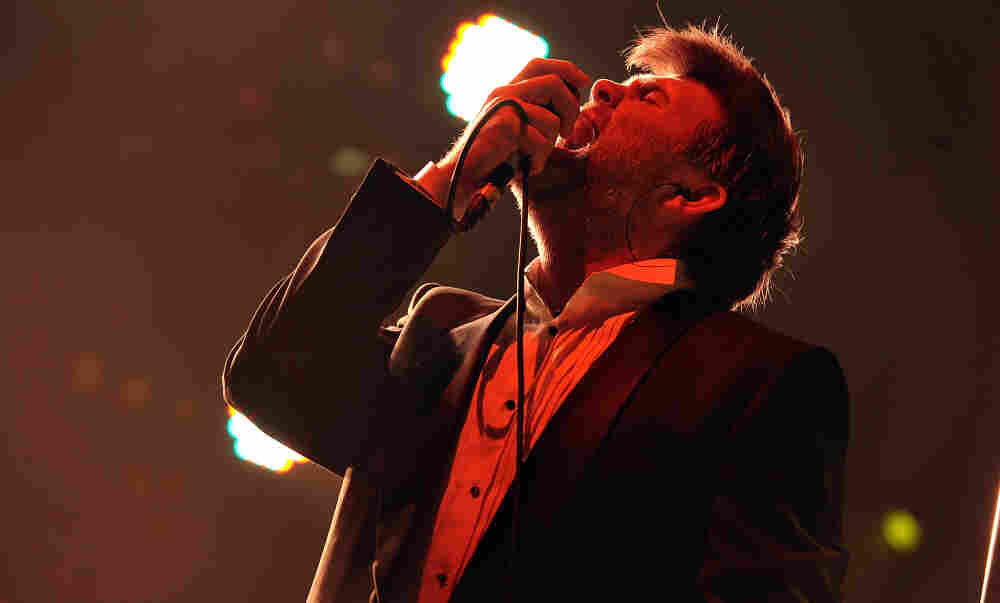 For most people, a live performance is the chance to get as close to the musicians they love as possible — at a moment when those musicians are doing the very thing that earns that love. A good live performance can epitomize the entire relationship between a fan and a band, taking place in a space where – more clearly than in any other arena – one cannot exist without the other.

Many elements factor into the exchange between fan and musician – the size of the venue, cost, length of the tour, availability and price of beer, and whether the show is sold out or the band has played that town too recently, to name just a few. Today we're going to focus on two. In this post we'll look at the economics of playing live shows as bands move from small venues to huge ones. Later we'll look at the actual engagement between musician and fan within a venue, beyond the ticket window.

Neither one of these elements is easy to quantify. But let's start at the bottom of the live-show pyramid, where reality is blunt, if not precise. If you're a fan of a band playing at a small venue, your dollars make a huge difference.

At that level, says Gary Bongiovanni, the editor-in-chief of Pollstar, a publication that tracks the concert industry, "Everything depends on an act's ability to attract paying fans."

Each year, Pollstar publishes a list of the top-grossing tours in North America and the world, the kinds of tours where a musician sells out arenas around the country. So we know, for example, that Taylor Swift's tour brought in $40 million last year over 47 dates, or that Bon Jovi's 80-date tour grossed a world-beating $201 million.

At this upper end of the industry, musicians don't actually depend on ticket sales for their income. Instead, they get paid a flat rate for a certain number of tour dates. This works, when it does, because the network of pre-existing relationships between promoters, venues, advertisers, and artists (or their managers) puts a band that thousands will pay to see into a space that can hold thousands. In an email, Bongiovanni explained that for bands that tour smaller clubs, there's no such arrangement. Instead, such bands have to prove their value – their ability to draw fans, essentially — to club owners and promoters night after night.

"At club level, many [bands] can't even generate enough to cover basic expenses," Bongiovanni wrote. "From a club or promoter perspective, the act is only worth part of what it can dependably bring in the door. The stronger the draw, the safer the risk, and thus the artist can command more of the money. At this level it really is eat what you kill."

Dawn Barger, who manages indie bands – some of whom still play small clubs and some of whom, like The National or The Antlers, have moved on to larger venues – says that's about right.

"If you look at the finances of having a band on the road at the small club level ... you're barely covering costs in a lot of cases," Barger says.

For bands at this level, every ticket really does count. Smaller venues – in an effort to compensate fairly – often poll audience members at the door, and pay each band on the bill the portion of the total receipts that corresponds to the number of fans who said they came to see that band play. For groups starting out in this situation, Barger paints a lifestyle ruled by modest expectations.

"I mean, if you're selling out every night, you're probably supporting yourself and you're able to quit your job," Barger says, "but you certainly have roommates, you're barely getting by, you're watching how many hotel rooms you get each night."

That changes when a band moves up to a higher level, where the amount of money a band can pull in starts to depend less on the number of tickets sold than on the infrastructure that surrounds a particular venue, or the tour as a whole.

For example, Barger offers, take the options presented to a band "at the level of The National," playing in a moderate-sized American city.

"Usually ... you can choose between two rooms, one of which is an older, gorgeous theater that sometimes has union help, or you can choose a venue that's sometimes owned by a promoter. And your earnings potential in those two rooms is incredibly different," she says. In New York City, Terminal 5, a 3,000-person venue, has an advantage over similarly sized local theaters. Because it's owned by a local promoter, Bowery Presents, much of the infrastructure — stage hands, lighting, sound, security, things a band would have to pay for elsewhere — is in place. This means, Barger says, bands "can make a higher percentage of the earnings in that one room than in any other room in NYC." So even if your favorite mid-sized band would prefer to play a larger venue, one with different acoustics, or one in a different part of town, Terminal 5 can be difficult to resist.

Barger points out that this kind of venue is rare, though. In most cities, the choice between which venue offers a band the best value isn't so clear. And the math doesn't get easier as a band moves to bigger spaces. As we learned last summer, the amphitheater circuit – the network of large outdoor venues mostly owned by promoters – can be incredibly profitable, but only if the band is a good fit for the space. Barger says that The National looked at playing a series of amphitheater dates this summer, but decided against it, partly because the cost of staging a concert at such venues can present a challenge.

"If you are able to sell the full 18 to 20,000 tickets and fill the lawn ... , the earning potential is off the scale," she says. "But when you're looking at a band where you think you're going to do somewhere around 8 to 10,000 tickets ... , you're not making that much more by going there than you are by going to the theater in town that has a 3,000 person capacity. A lot of the earnings for the band are in those last 2 to 3,000 tickets sold in a big space like that. You don't really hit the profit until you sell out or get close to selling out."

Last week, LCD Soundsystem – a band that, over the last decade, grew up through the indie club ranks – played a final concert at Madison Square Garden, an arena that holds nearly 20,000 fans. The story of the band's experience at MSG started as a cautionary tale. When tickets for the show went on sale in February, they sold out in seconds before landing on resale sites like StubHub at many times face value. LCD leader James Murphy's solution, after condemning scalpers via his Twitter feed, was to book four shows at Terminal 5 the week before the finale.

By the time the band finally took Madison Square Garden's stage, though, the goal was different: turns out the challenges of playing a large venue don't stop once you get those tens of thousands through the door. The direct connection and personal appeal of a live performance, based on the proximity between fan and band, is much harder to engineer in a huge arena. And so the question becomes: How do you make a huge venue feel like a tiny space?

"This is a weird experience for us," Murphy said from MSG's stage. "We hope it's going to be a weird experience for everybody." The concert proceeded like some kind of victory marathon, a nearly-four hour exercise that – based on reports – mixed prolonged joy with wistfulness and the surreal vision of a relatively small band playing a monumental space. It's easy to imagine that many in the audience were experiencing their first show in a venue that large, too.

Later, we'll look at how bands and fans connect in venues large and small with Dave Grohl, as his Foo Fighters prepare to tour arenas and festival sites around the world this summer.