Accessibility links
Singled Out: tUnE-yArDs' 'Gangsta' : The Record The eccentric Oakland-based songwriter talks about moving beyond her lo-fi past on her new album w h o k i l l. 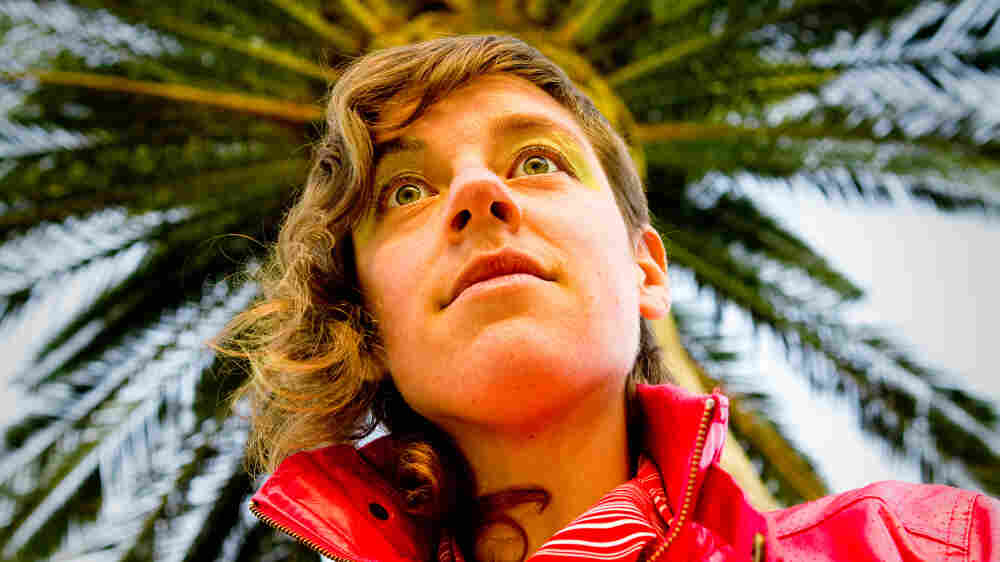 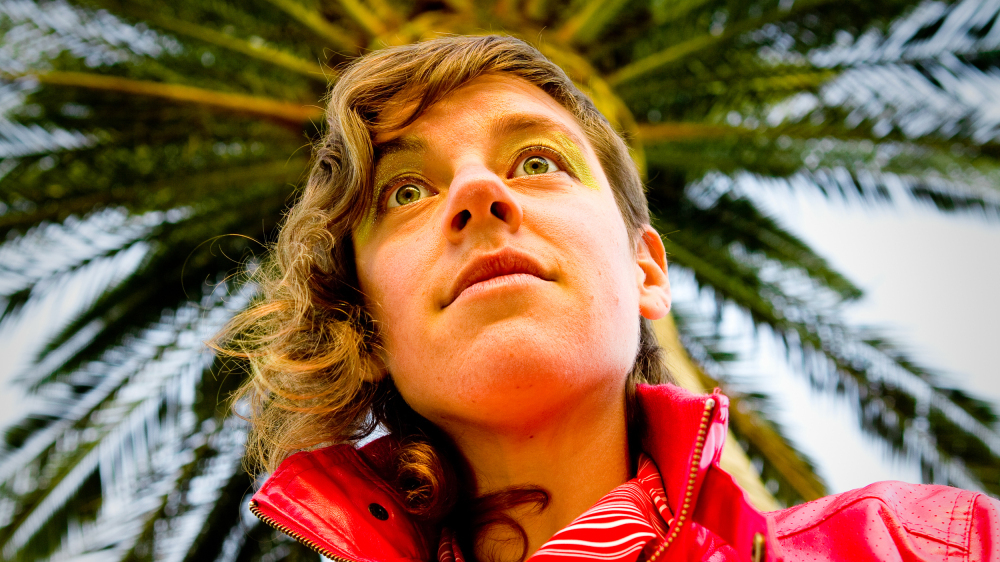 Anna M. Campbell/Courtesy of the artist

Merrill Garbus is finding a life beyond lo-fi. Garbus, who records as tUnE-yArDs, released her debut, BiRd-BrAiNs, in 2009. That album was a carefully constructed blend of ukulele, drums and samples recorded into a hand-held digital recorder and produced with the free audio editing software Audacity. On the follow-up w h o k i l l, out today, Garbus and her compatriot Nate Brenner, who started as tUnE-yArDs' touring bassist and became a permanent member of the group, went into a proper studio to write and record.

The new songs might sound more polished, but they are still unmistakeably Garbus' creations. When we asked Garbus which song she would like to talk about, she chose "Gangsta", a live standout that has finally been put to tape after being road-tested for the past year.

Garbus says "Gangsta" came out of finding herself in a confusing and new place. In the song's opening line, she sings, "What's a boy to do if he'll never be a gangsta?" Filled with short blasts of saxophone, a driving drum beat and found sounds that cut in-and-out throughout the song, the music represents the tension of those emotions even when the chorus is a little more exaggerated: "Never move to my hood/'cause danger is crawling out the wood".

Why is "Gangsta" your favorite song from w h o k i l l?

Merrill Garbus: "Well, it's a couple of things. In the previous album, BiRd-BrAiNs, I did a lot more, sort of, catching found sounds and that was sort of the nature of how I did that one. And "Gangsta" is the ones where I incorporated some of those found sounds. Like the siren in the beginning and I came across a cassette tape of my grandparents interviewing me when I'm about two-and-a-half and I stuck that in there.

"I feel like it's one of the I've worked the hardest on. It came out of a live setting, almost an improvisation. It's something I really developed live with Nate Brenner. He really helped me write that one. I felt like it was one of the songs needed to translate from a live to a recorded version. I feel like it was successful. I really enjoy it."

Obviously there are a lot of moving parts with your music: vocal loops, drums, bass and — on the new record — horns. Can you describe that process going from an idea to a finished song?

MG: "It's really different for each one. Lately there's a lot of looping and improvisation that's been going on at sound check or in the studio. I am sort of getting out whatever is going on in my head. It ends up coming up somewhat in improvisations. There's this linking of an idea or a feeling with music that's coming out of me at the time.

"With something like 'Gangsta' it was the rhythm and the situation I found myself in. Which, in that case, it was coming to Oakland for the first time and getting to really spend some time there and feeling the sort of confusion about what place I played in the community I was staying and how people were sort of finding their way in the community, which was not the easiest one to live in.

"It's like I'm unraveling these thoughts while the music is coming out. That seems really vague, I realize, but I think that's how it happens. And then suddenly there are words that seem to make sense in that rhythm. And suddenly there are, maybe not cohesive ideas, but some linking of words through a common theme. When I listen back to them or when I'm working on them, it doesn't necessarily make sense per se, but somehow it sits right for me."

MG: "It was hard for me every step along the way. But in a lot of ways it was just plain easier. I think part of my decision to move to a studio was like, 'I don't want to do this anymore. I don't want to do the nitty-gritty engineering part anymore.' It was starting to become clear that I was no longer as fluent in the recording technology as I was in the creation of the music. My musical ideas were flowing faster than my brain and hands could get it down on tape the way I wanted it to.

"But it was hard. For me, it was a real point of pride to have done the whole first album by myself. And for better or for worse, to just say 'No one helped me with this. No one was behind the scenes producing this. This was all me.' It has been my experience and even I find myself that I judge other musicians, particularly women musicians I've realized, in assuming that because they didn't record themselves, that they must not have been in charge of the sound they're framed in.

"I think throughout this whole process I was pretty stubborn about how my sonic vision was realized. I was luckily in the studio mostly with Nate. We trust each other very much in the creative process and I knew he would back me up. And Eli Crews, who recorded the album, was incredibly sensitive to my fear that I wouldn't be able to get my ideas across. Along the way, I had to fight for certain things that I think are things that make engineers crazy. You know the click that happens when you make an edit? Sometimes I'd want to keep that in. And Eli would say, 'Really? Do you need that' and I would say 'Yes'. It was an interesting tug of war."

I've read that the new record is more of a collaboration between you and Nate. How do you guys decide what works and what doesn't?

MG: "He would add these extra sonic elements that I never would have thought of. I would say, 'For this song, I looking for something out of the key of the rest of the song,' and he could translate what I want into the sound. I think that way of working together translated into working on the album.

"It was a funny process. We recorded all the tracks and then I took it home and recorded more and made all these edits. I was making these decisions, again clinging to that idea that, 'This is mine and I must do the majority of this myself.' I had mixed a version of the album and I was really dissatisfied with it.

"A lot of it was removing what I had put in and peeling away what didn't need to be there. A lot of the help from Nate came from that crucial outside ear that I'm realizing is useful. I don't need to be so defensive of it. It can be quite a big help."