Accessibility links
Jennifer Egan's 'Goon Squad' Sneaks Music Writing In Through Pulitzer's Back Door : The Record Jennifer Egan's rock and roll novel A Visit From The Goon Squad did what no pop critic has ever done — won a Pulitzer Prize.

Fiction Pulitzer Sneaks Music Writing In Through The Back Door

Fiction Pulitzer Sneaks Music Writing In Through The Back Door 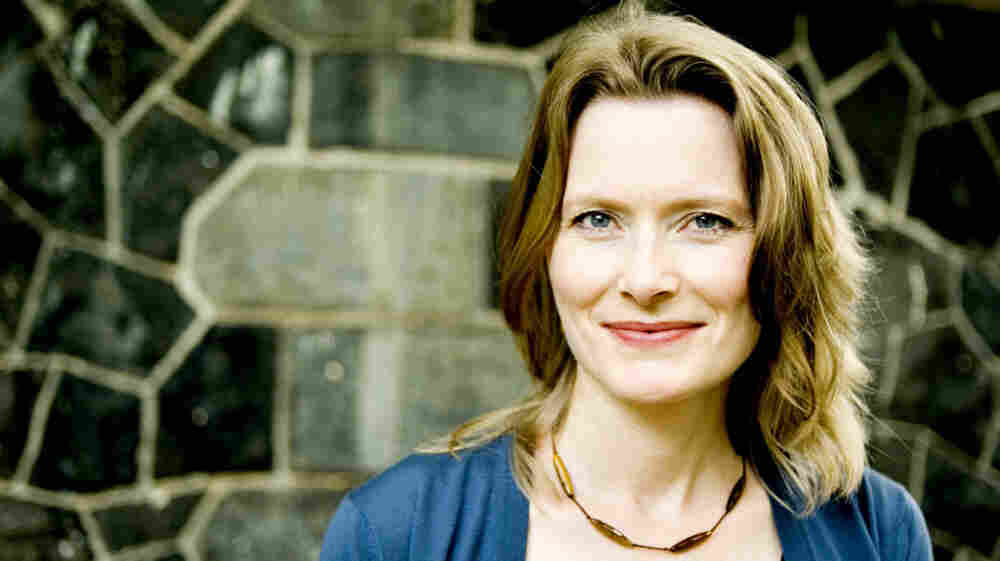 A huge congrats to Jennifer Egan, whose outstanding rock and roll novel, A Visit From the Goon Squad, took the 2011 Pulitzer Prize for fiction yesterday. I love that book, not only for its empathetic and wry view of the bohemians and weirdo entrepreneurs who create and sustain the popular arts, but also because Egan somehow embeds the basic elements of post-punk music within the novel's complicated narrative: its interlocking tales share characters and a slowly coalescing narrative, bouncing off each other and merging like the tracks a DJ selects to make for a great night on the dance floor. Though it's hardly gonzo, this is a rock and roll novel in its very structure. And I'm extra pleased that Egan's feminist take on the rock scene now enters history as the exemplary work from a generation of writers for whom pop music serves as both subject matter and key inspiration.

Unfolding like a playlist based on the themes of time and loss, Goon Squad's interlocking narratives run on rhythms that shift from the aggro mood of punk to the decentered energy of a rave to the fragmented confessions of indie rock. Egan should have won the Pulitzer for the PowerPoint chapter alone – an amazing essay on the importance of pauses within songs that's also a heartbreaking tale of the way autism has shattered the unity of one small family.

Egan, who has said she wasn't a huge music fan before writing this novel, has done what great pop music makers do: she's made a story that runs through multiple channels, hooking you with highly engaging characters, working the groove of an engrossing narrative, layering riffs and samples from contemporary literature within her experimental prose style. I'd nominate her for a Grammy if I could.

As excited I am about Egan's win, I have to add that this marks another year in which the Pulitzer Prize in criticism has been awarded to someone other than a popular music critic. My raising this point is not meant to take anything away from the deserving Sebastian Smee, who won the honor, or from finalists Nicolai Ouroussoff and Jonathan Gold – the latter is a friend of mine, a recent Pulitzer winner, and a fine music writer to boot, though his kudos have come for his food writing. And given my own recent tenure as a daily newspaper critic, I hope it doesn't seem peevish or too personal to note this habitual omission.

But it's striking, I think, that a Pulitzer has never gone to a pop critic. Seven classical critics have won since the birth of the criticism category in 1970. In those 42 years, only three pop music critics have even been finalists: Ken Tucker, then of The Philadelphia Inquirer, in 1984; Jory Farr, of the Riverside Press-Enterprise, for his work on Cuban music in 1990; and Leonard Pitts Jr., of The Miami Herald, in 1993. Though disheartening, this snub is par for the course for those of us lucky to do a job that's long been derided as extraneous AND self-indulgent — a substitute for the real mojo musicians possess. Marginalized within most newspapers as neither money-making (film critics bring in ads) or enriching (get thee to the symphony, philistines!), and scorned by many living the "rock and roll lifestyle" as overly pointy-headed, pop critics are caught in a hallway between the high and the low.

And yet the influence of pop criticism runs throughout New Journalism – it's arguable that early groundbreakers like my mentor Robert Christgau and the late Ellen Willis (whose classic New Yorker columns will soon be featured in a new anthology) were key in inventing the approach that's come to define much magazine and even newspaper writing. Lester Bangs is as important to the history of gonzo journalism as is Hunter S. Thompson; Greg Tate, writing about hip-hop and other aspects of African-American culture, helped shape the very form of writing about that genre.

More relevant to yesterday's Pulitzers is the influence pop music, and I think pop music writing, has had on novelists like Egan. It's sneaking into the history of arts and letters through fiction's back door.

From the Jonathans Franzen and Lethem to working musician Rick Moody, from cultural remixers Zadie Smith and Colson Whitehead to Nick Hornby — who's made calling out the foibles of boys who love rock too much his stock in trade — many of today's leading literary writers have taken up popular music as a power source. These writers dive into rock or hip-hop the same way writers of Hemingway's generation explored travel and the "manly" arts, titans of African-American literature like Ellison and Morrison were inspired by jazz, or post-War writers like Cheever and Updike explored the suburban landscape. Growing up with headphones glued to their ears and, often, guitars in the their bedrooms, they learned the art of self-expression as much from bands like R.E.M. or crews like Public Enemy as from what they found in the library.

Often, these fiction writers have themselves delved into work of pop writing. Lethem wrote one of the best Rolling Stone cover features of recent years, on James Brown. Hornby was briefly The New Yorker's pop critic.

I once held a grudge against these bright lights encroaching on my little field, stealing all the energy from those of us toiling in the clubs, getting vampire tans from too many late nights and losing our hearing from all the feedback. But now I see that it's only good that these excellent people embrace music writing as a serious pursuit. Their credibility within the world of "real" writing, and sometimes their direct efforts to celebrate music writers, has helped expose pop criticism as the art form it can be.

I know that not everyone with a notebook (or smart phone, these days) and a place on the guest list is in the music-writing game to go deep and change minds. Yet the funny thing about this field is that its very illegitimacy – the fact that it hasn't fit into proper categories, that it's been considered too crass, too fan-driven, not serious enough — often makes its practitioners particularly adventurous. Could a blog like This Recording or the Passion of the Weiss ever win a Pulitzer? Bitch magazine? How about a writer like Rob Sheffield or Nitsuh Abebe? They're all making people mad, making us laugh, turning it up to eleven. And for that they deserve some kind of prize.