Accessibility links
Lifer Bands: Staying A Fan Through Thick And Thin : The Record Ann Powers writes that she's been listening to The Silos since 1989, and they're still going strong.

Lifer Bands: Staying A Fan Through Thick And Thin

Lifer Bands: Staying A Fan Through Thick And Thin 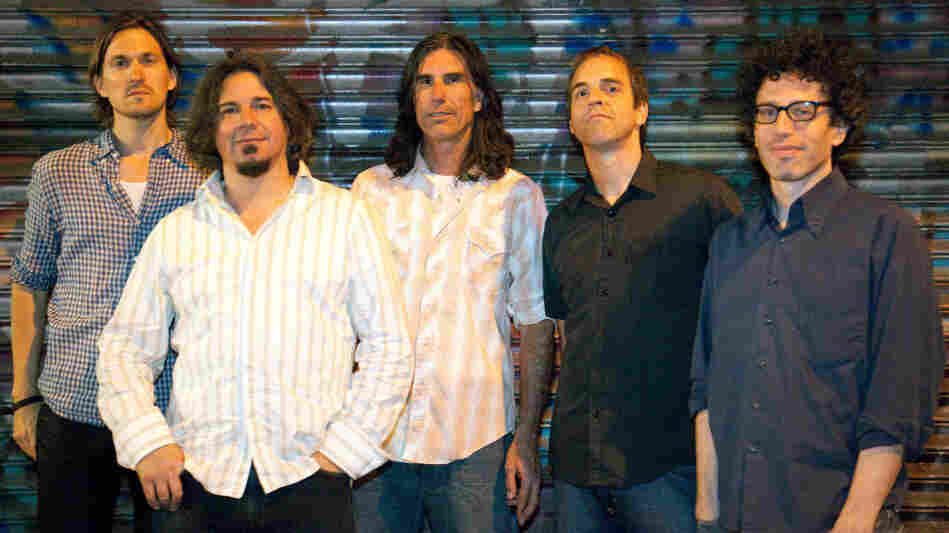 The Silos, with Walter Salas-Humara in the center. Delissa Santos/Courtesy of the artist hide caption 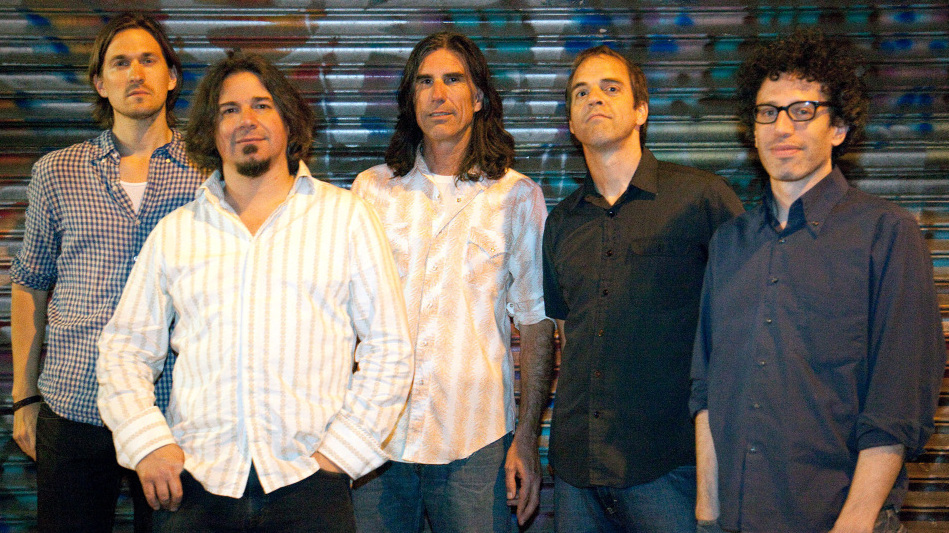 The Silos, with Walter Salas-Humara in the center.

Delissa Santos/Courtesy of the artist

The other day, a student at the university where I sometimes teach was telling me about his informal cultural education. You know, the important extracurricular part of college: the pop culture you get into because finally you're on your own, staying up late, ruling the remote and your dorm sound system. No parents to tell you to turn it down, no little sister downloading Avalon High on the kitchen computer just when you planned to watch Dr. Who. Sweet!

This particular kid is a cultural binge-drinker – not the beer-bong kind, but an eager learner who'll take a weekend and watch five Martin Scorsese movies back to back. Listening to him reminded me of one of youth's great privileges: first-time immersion in a great artist's works.

There's something uniquely powerful about reading every classic cyberpunk novel in one sweaty metaphorical sitting, or downloading every Joni Mitchell album and walking around for weeks with her woodwind voice in your head. The joy that always comes from discovering an exciting new artist is augmented by a sense of personal edification – this is great stuff, everyone says so! – and an all-around strengthening of your cultural grasp.

I've indulged in many such benders. My freshman year in college, when I fell down the rabbit hole with Kate Bush; the Season of Noir (autumn to winter, 1989), made possible by the Black Lizard paperback reissue series and the sale table at Moe's Books in Berkeley; the nightly viewings of David Cronenberg videos that fed my lonely mood when I first moved to New York in 1992. I'd come out of these wallows a little dazed and definitely transformed.

Our current era of mind-boggling accessibility to texts, elegantly considered in a recent post by my colleague Linda Holmes, means that consuming to excess is more possible than ever. And certainly there's always a new crucial someone I haven't yet managed to meet (Marcel Proust, I'm lookin' at you.).

Yet as I've grown older, I've mellowed into another valuable relationship with the work of certain artists. These are the ones I follow over time, and refuse to abandon, no matter what damage Twitter is doing to my attention span. They're my lifers: the creative spirits who helped me nurture my own spark as a kid and then continued to mirror my pathway, sometimes in the background, but always generating a certain sense of recognition.

Walter Salas-Humara is a guy like that for me. He's led bands under the name The Silos since 1985; I discovered him around 1989, when my future husband played me the band's second album, Cuba. I couldn't stop listening to it and to the other stuff he'd recorded at that point: another Silos album, the solo outing Lagartija, stuff from the Silos' sister band, the Vulgar Boatmen.

I loved the sound of the music. It's rootsy and ragged, and very attuned to the thrift-store ethic that defined my life by then – the idea that no idea or practice can be exactly new, but it will be renewed through the act of absorbing and reimagining it. And then there was Walter's songwriting: lyrical and romantic, but always turned a little wry and a little sad by the outsider's sensibility rooted in his youth as the son of Cuban exiles growing up in Florida.

Walter's beginnings were nothing like my West Coast adolescence. But somehow his tender take on wanderlust worked for me as a kid trying to figure out how to be a San Francisco bohemian while secretly longing for the comforts of my suburban Catholic past. He didn't know me; I didn't know him. But a conversation started, at least in my headphones and in my heart.

Things changed. The Silos signed to a major and, like so many indie outfits thrust into the uncompassionate big time, imploded. I took a job in New York. Walter bought the right to use the Silos name from his main musical partner at the time, Bob Rupe, and started moving around — Manhattan, Austin, L.A.. I ended up back in Seattle. The Silos sound lost its countryish veneer; Jonathan Richman and punk rock became more important reference points. I became a mom, lived in L.A. for a while, followed my husband's job to Alabama. Walter moved to Flagstaff, following his own mate. He lost a crucial bandmate when guitarist Drew Glackin died suddenly in 2008, but The Silos survived.

The one constant was that Walter kept making music and I kept listening. Sometimes I wouldn't pay super-close attention – there were side projects and later albums that only grabbed me for a minute. But the conversation in my headphones never completely ended.

Shift to right now. Walter's supplementing his musical career by crafting canine-themed art, but he's still making noise. The collaborators he calls "The Silos family" are scattered around the country, united through the Internet, as bands are so often these days. There's a new Silos record, the rocking, reflective and plain old sweet Florizona. It's brought the band back to the fore for me. The balance just seems right: the sound is jagged in parts and so pretty in others, and the lyrics span a whole lifetime, from stupid powerful youth to daunted but game middle age, with jokes and sex and poetry thrown in.

I'm listening to The Silos, again. You can start, if you haven't yet. And you can take the time to honor your own lifers, the artists who've remained important to you against the odds, over the years. Sometimes the return can be as sweet as the discovery.