Accessibility links
A Golden Age For Women Writing About Music : The Record One of three music nerd conferences this weekend brought together generations of culture writers.

A Golden Age For Women Writing About Music

A Golden Age For Women Writing About Music 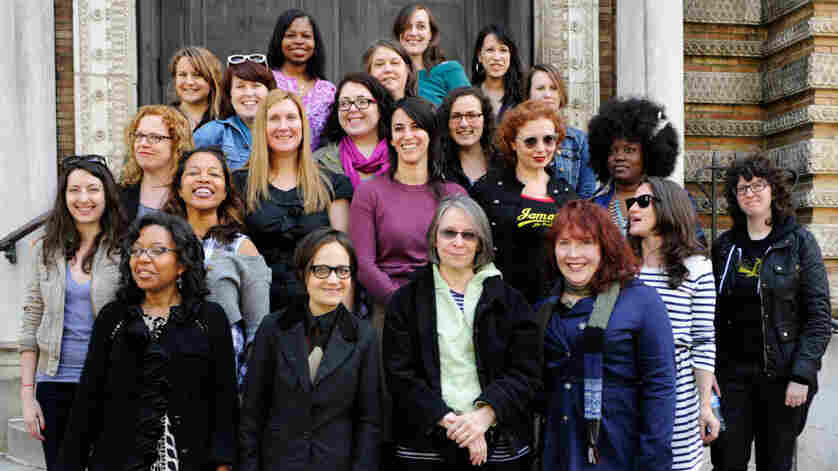 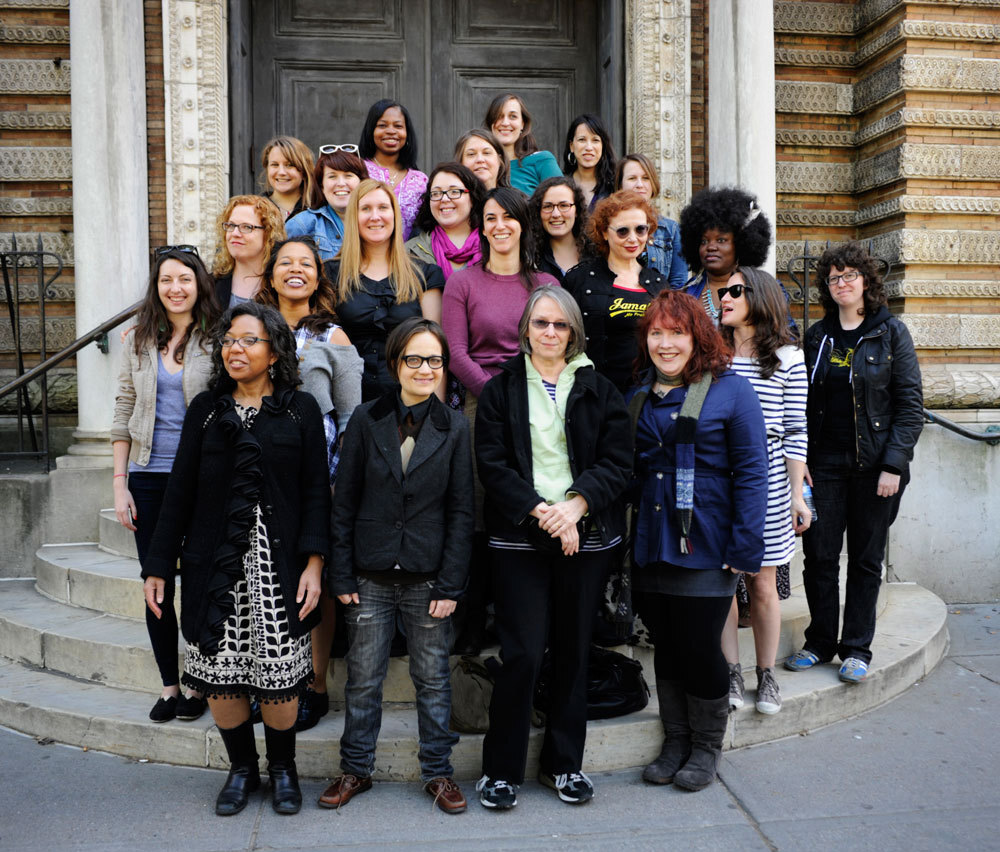 We're not able to identify everyone in the two photos on this post — if you can help us, please write therecord@npr.org. And tell us what you took away from the conference in the comments!

This weekend was a big one for people like me, who figure out the world by thinking hard about the stuff people do for fun. Music writer nerds jumped on planes from all over the country to meet up at three academic gatherings: The Music-Race-Empire Symposium at the University of Wisconsin at Madison; the Post45 conference at the Rock and Roll Hall of Fame in Cleveland, and "Sex, Hope, and Rock and Roll," a conference celebrating a new collection of music writing by the groundbreaking feminist critic Ellen Willis, at New York University.

That three such gatherings would happen over the same few days says a ton about how far the public conversation about pop music and its meanings has come since the 1960s, when Willis first helped New Yorker readers realize that rock music was something that could feed your intellectual hunger as well as what Grace Slick called "your head."

I was in Manhattan for the last one and it blew my mind from many different vantage points. I'm in the noisy Delta terminal at LaGuardia Airport right now and I'll need a little time to process my thoughts about Willis' work and the fires the new anthology could light. In the meantime, I just wanted to share my delight at one aspect of that conference – the way it brought together women culture writers from several different generations. Daphne Carr, one of the conference organizers, wrote about that wonderful occurrence here (in a blog post that honors me in ways I'll be working to live up to for years). And my colleague Frannie Kelley helped organize a photo shoot of the women gathered that day – a kind of Great Day in Washington Square for the fierce female scribes of pop. 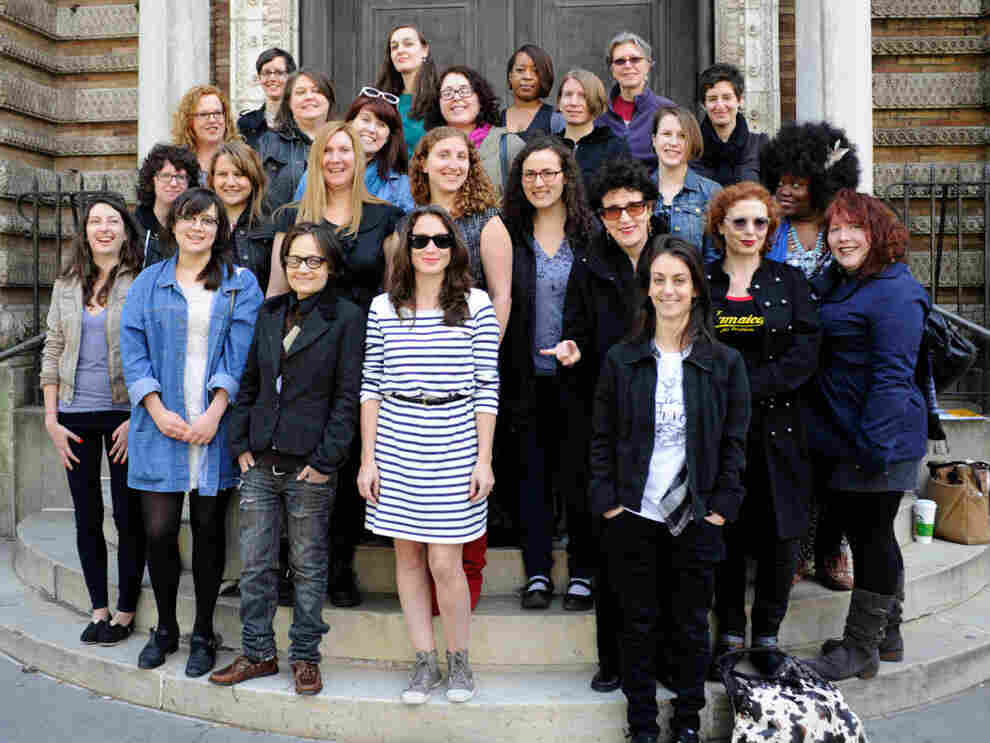 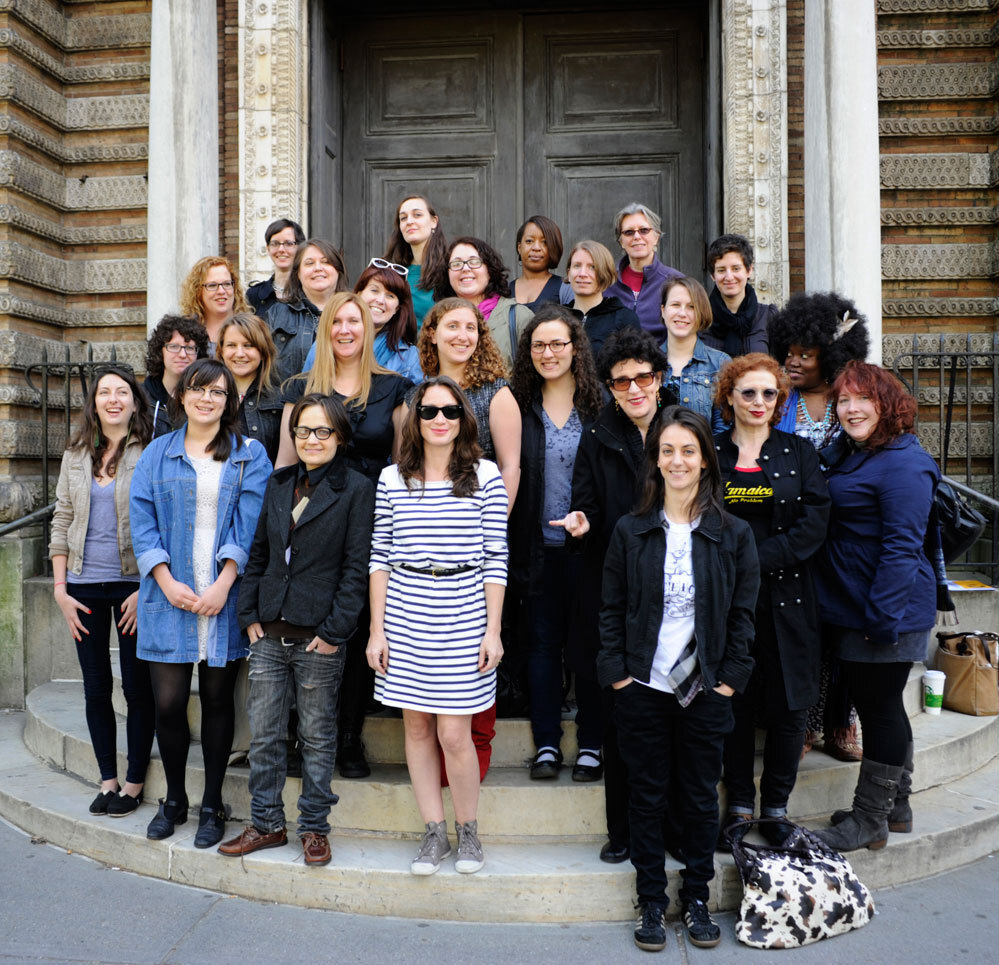 Many greats are missing from these shots (we ended up with two slightly different ones), but what gets me looking at them now is how many young women are standing on the steps of Judson Church, smiling and fairly crackling with the excitement of being together. It's hard to make a living as an arts writer these days, and middle-aged folk like myself might sometimes feel like the kids are debating the same stuff we brought to the table decades ago. But of this I have no doubt: It's a golden age for women writing about music. I'm so happy to have this visual evidence to prove it.

It reminds me of Willis writing in the preface to Trouble Girls: The Rolling Stone Book of Women in Rock:

I should be used to it by now, but it still thrills me that so many young women I know are feminists and pop music freaks without a second thought. I was formed by a time when feminist rock and roll fans were exotic characters, at least to the mainstream media. Assuming that these loyalties were inconsistent required a simpleminded view of both art and politics and was in consequence a highly popular mode of thought. ...

I used to try to explain that love didn't preclude tension and conflict. Once I cracked that my subject was "the bloody crossroads where rock and feminism meet." As I saw it, the confrontation was good for women because rock and roll liberated aggression: not only anger, though that was of course part of it, but a sense of entitlement to seize the world, uninhibited by the feminine commandment, thou shalt not offend.

I'd love it if some of you who were at those other conferences this weekend could share some of the conversations that took place there. My flight is boarding. More soon, and thanks to all who love to listen, talk and dance around this mess of love we call pop.